Woah! MAY, gosh (I honestly can’t put into words the weight of this month).I believe at this point we can all agree that this month was a cluster f**k. It is one of the most mentally stressful months I have had in a long time with the whole police brutality video and the murder of George Floyd. I wasn’t going to talk about it but there is no way I was going to wrap this month up completely without addressing a few things that shaped this month. So many things happened this month starting with the whole Amy Cooper issue, one thing I realized watching that video, was the power she knew she had as a white woman calling the cops that she is being harnessed by a black man. She knew how to use that power and things could have gone horribly wrong for the man. And it is not like this doesn’t happen every day, it’s just when such confrontations get filmed, they try to become the victim.

Then we all watched Ex-Officer Chauvin kneel on George’s neck until that man died. I being a curious person, did a little research into this technique and found that it is a deadly technique that has been discouraged by health and security officials but is still used in Minneapolis. In Minneapolis, kneeling on a suspect’s neck is allowed under the department’s use of force policy and it is considered a “non-deadly force option”. Now I have a bachelor’s in Human Anatomy and an ongoing master’s in Neuroscience and I can say that there is no way that kneeling on a person’s neck is “non-deadly” (I am tempted to include a picture of the anatomy of the neck). The neck is more like a bridge that carries important blood vessels that supply the brain, there is also the trachea (which was why he couldn’t breathe) and the cervical spine (if you want to know more, please google it). Now imagine a man about 200 pounds and above kneeling on all these vital organs, then tell me that this is a “non-deadly force option”. There is nothing non-deadly about this.

One more thing, If you as a black person are silent now because you are afraid of losing your job or relationships with racist people that do not care about you, then you are part of the problem. There is no sitting on the fence, you are either racist or you are not, the oppressor or the oppressed.

Okay since my rant is out of the way, I read a lot more this month compared to last month. I was able to remove a few books from my TBR which gave me some clarity. I read Of Curses and Roses by Sandhya Menon which I gave 4 out of 5 stars, I can’t believe I enjoyed it as much as I did, I also really enjoyed The Seep by Chana Porter. I finally read The Charmer by Emma Chase and as much as I enjoyed it, it was not what I was expecting, I think I had such high expectations.

As always I watched a lot of Asian dramas this month, I still am in the middle of a few. I highly recommend you check out Intense Love which is a Chinese drama, you can watch it on Youtube on Mango TV official Youtube Channel (You have to be patient for the subtitles). I also watched CDRAMA REVIEW|| LOVE O2O which is available on Netflix. Also, check out new Korean drama Mystic Pop-up Bar on Netflix, so far I feel like this would be one of the best dramas of the year.

Then for music, Agust D (Suga of BTS) released his new mixtape and as you can guess my list would be filled with the songs on the album (and yes I know about the controversy in regards to the “WHAT DO YOU THINK?” song which includes a 1977, Jim Jones Sermon). All I have to say regarding that, People who have an issue with this song are people who have not heard the sound or do not know what the sound is about. They do not understand that the sound was addressing mob mentality and how Suga refuses to conform to such deadly and devastating ideals. Although I do have to say that this song could have done without the sample and Bighit has apologized and taken it down. 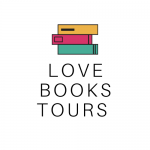