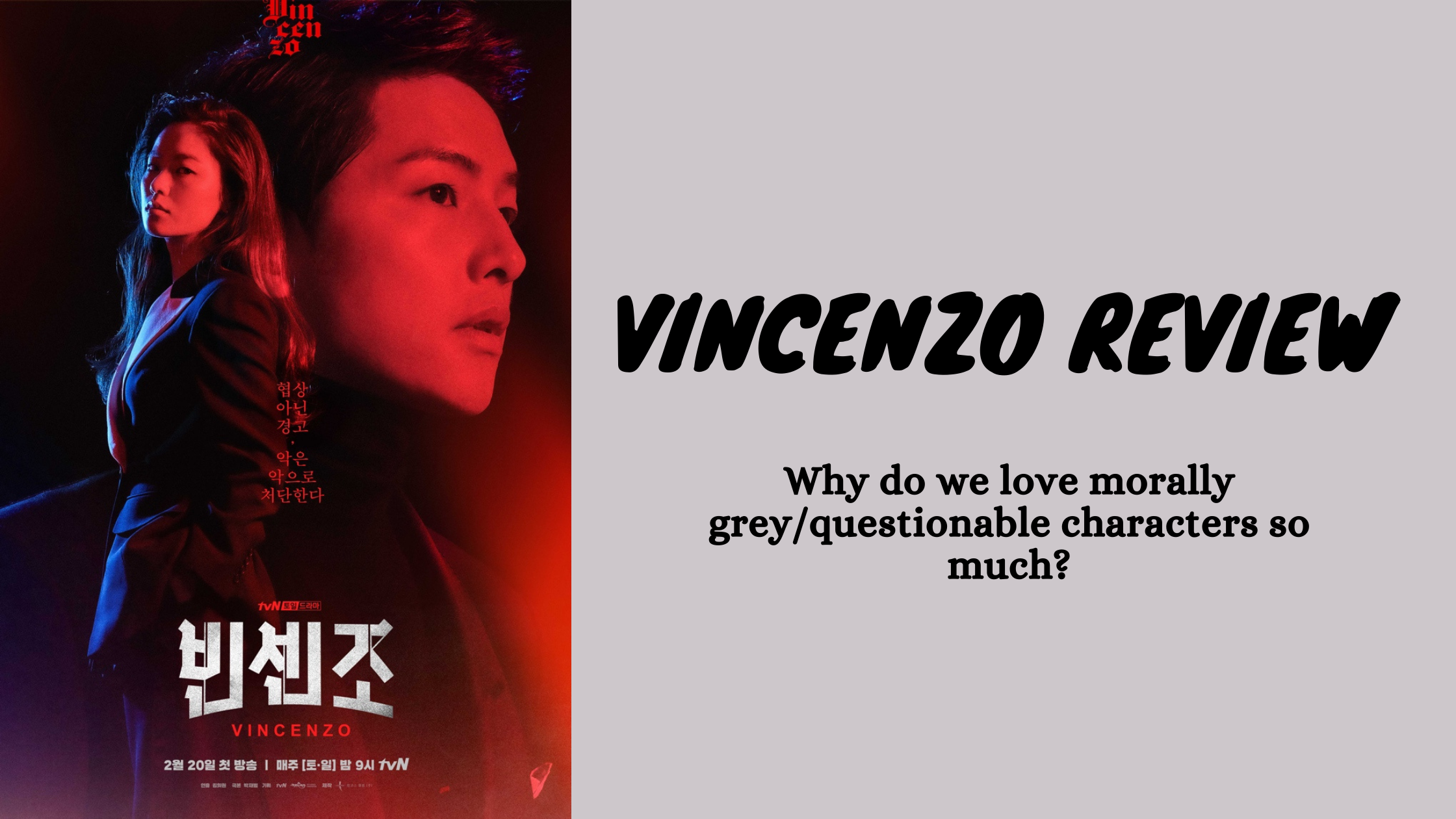 Hello and welcome to another Korean drama review!

This is one of my most anticipated Korean dramas of 2021 and having finished watching the last episode, I think I better break down why I love this drama. First, I must point out that you check out my other Kdrama reviews as I find that most readers seem to enjoy the new review format that I have taken. I do not just review the drama, I discuss real-life implications and even unconscious lessons that one might learn from watching the drama.

In this review, I would be exploring why we as a collective audience enjoy reading or watching morally grey characters and why our love for these characters do not bleed into the real world. Most times we are really scared of people who display moral standards different from those set by society. But that does not stop us from loving them in fiction, in fact, writers have made justifications for these characters that we as entertainment consumers crave the carnage that these characters cause.

If there is one thing that this drama shows, it is that anyone no matter how morally high they place themselves can become slaves to power and money.

You might notice some ads in the middle of the post. Your girl is just trying to make some money, so check them out if you are interested. It helps out the blog! At the age of 8, Park Joo-Hyeong was adopted and taken to Italy and grew up as part of a mafia family, The Cassano. He is renamed Vincenzo Cassano and he grows into an Italian lawyer and at the same time the consigliere for the mafia, essentially he is the most trusted right-hand man of the leader of the family, Don Fabio, the man who adopted him.

After the death of Don Fabio, his life is threatened by the new leader and he had to flee to South Korea where he decides to retrieve 1.5 tons of gold hidden below Geumga-dong Plaza. A building that is under threat from a real estate company Babel Group, who had illegally taken ownership of the building. Vincenzo has to use all his skills to take back the building and he has to do it with the help of some Lawyers and the tenants in the building.

The synopsis does a lot to explain the general idea of the drama without giving too much away. I will not add much more with regards to the general plot of the drama but I will review characters and why I love/hate them and how that plays into the drama

Why do we love morally grey characters?

Hong Cha-young starts off as a character who would do anything to win her case, meeting Vincenzo only increased her tenacity and honestly made her actions more questionable. Sure the death of her father might have made her regretful because she was always against him in court, but I do not think that was what made her go along with the things she did with Vincenzo. She did it because she was waiting for the push.

Geumga Plaza Tenants were simply people who were willing to do everything and risk anything to protect their family and their livelihood. On a deeper level, everyone in the building seems to have found solace there. When you actually watch the drama all the tenants have past lives that they have kept hidden, and experiences that they have which made them extremely invaluable to Vincenzo. They did not really kill anyone but they were willing to steal, kidnap and threaten anyone to get their way. They were simply the underdog that finally understood the rules of the game and played better than the teacher.

Choi Myung-hee was just a corrupt person right from the beginning of the drama. I have some friends who think that she only turned out evil because she was afraid of Jang Han-Seok and she believed she would be killed. I think the opposite, I think Han-Seok gave her the power she craved. He gave her a reason to do the things she did, she felt both powerful and powerless working for Han-Seok. She was much more annoying than Han-Seok in my opinion, a lot of the things Han-Seok was able to do was because she provided a platform and carried out his orders.

Speaking of powerlessness and fear, the only character that was actually morally perfect but with a powerless sense of justice was Hong Yu-chan, Cha-young’s father. He chased justice relentlessly and to some extent, he was made out to be a fool in this drama because he was unwilling to play the villains with their own viles. He was the only one who was not morally corrupt in the drama. But he died. Killed is the more accurate term. His situation reminded me of the quote

“There is no justice without power”

This brings me to Han Seung-hyuk, the CEO of Woosang Law firm. He recruited Myung-hee with the temptation of money and power. Since he was making a lot of money covering up the shit that Babel Group was doing. He seemed like the standard stupid follower in dramas. He was willing to do a lot of things because of money but once things got serious and dangerous he became stupid and afraid.

With the major characters reviewed, I will leave the others because their sudden change in character is major spoilers in the series. Especially Jang Han-seo who was under his brother’s thumb because he was the illegitimate son of the previous chairman. He acted as the Chairman of Babel Group but all the while he was being controlled by his brother. He was a good and honest character. Now let me explain the difference between Vincenzo and Han-Seok and what makes them both likeable to the viewers

What makes Vincenzo better than Jang Han-Seok when they are both killers?

First, they are both handsome. That is the first rule in making a great morally grey character is to make them very visually appealing to the target audience, and that was achieved in this drama. Second, a good juicy backstory. Vincenzo was abandoned as a child and that pulls on our heartstrings, makes him pitiful and loveable. In contrast, Han-Seok was a spoilt and privileged child who could always rely on his family’s money. He was not corrected for his bullying as a child and was sent away to live in the lap of luxury, which did not help him. Third, one was fighting for justice and the other was doing it for money and just because he could. Both have a motive and that is essential in the development of morally grey characters.

Yes, Vincenzo killed lots of people so did Han-Seok but what made us accept Vincenzo and not Han-Seok? Was it the flair with which Vincenzo did his killings or was it because of the romanticization of mafia in media and fiction in general?

I think it was a bit of both. While this drama was not heavy on romance, you could definitely see that Cha-young was Vincenzo’s weakness and that made him human to the viewers. This is the final cap in making a morally grey character, make them appear human by giving them a weakness. All these characteristics was poured into Vincenzo as a character and that made him more loveable and accepted by the audience.

Do Italians think this drama was appropriating their culture?

This is an actual question that I have regarding this drama. Song Joong-ki did an amazing job with this drama. I want to know what actual Italians think about this drama. From browsing the internet, most Italians don’t seem to mind at all there was no evident hate on the drama. If you want more information, you can check out the DKDKTV interview with Italians about the drama.

A character we come to love is killed.

This is a very long post, I hoped you enjoy reading it. Thank you!