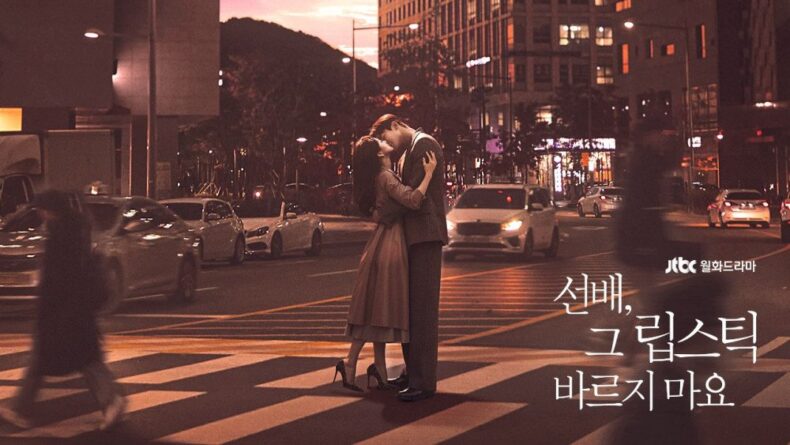 Welcome to a review of Kdrama ‘She Would Never Know’. I recently completed this drama and whilst it was a little lower than what I expected, it was really okay and I enjoyed it but there are so many things that were highlighted in this drama. With this drama still fresh in mind, I want to let you know how much and why I love this drama and I think you should watch it too. Compared to other dramas that are usually really hyped up, this one was not necessarily hyped but there were enough expectation and talk around the drama because of Rowoon. Rowoon was one of the main characters in EXTRAORDINARY YOU who everyone loved and thought was really cute!

I hope you like this review and hopeful check out the drama!

She Would Never Know

Senior, Don’t Put On That Lipstick The series tells the story of people working on the marketing team of a cosmetics brand, with a focus on the senior/junior relationship of Yoon Song-ah and Chae Hyun-seung.

I have a few points that I believe are important and they summarize everything that I was thinking about while watching this drama. Also, I believe that some of the takeaways are things that people should in some way implement into their lives.

Did Hyun-seung handle finding out that Song-ah boyfriend/manager was cheating on her or rather playing her well? I would say no because, at the end of the day, he told her because he was also in love with her and in some way he was hoping that once she breaks up with her boyfriend, she would come to him. He was manipulative and in someway disgustingly so. I know he was handsome and in the rest of the drama he was a perfect peach but his reaction was just not right to me. He appeared wicked and stalkerish to me, he needed to just give her space to come to terms with her heartbreak but he was behaving like a know it all and was constantly in her space! I could not stop yelling ‘Take a fuck back!’

I don’t know if it is just me but I find ‘can I kiss you?’ and ‘i am going to kiss you now, so stop me’ very sexy. There is just something about permission and understanding the importance of consent that is just sexy to watch in a drama (and great in real life). Especially in Korean drama land where there is this culture of forceful kissing (the main idea behind this is that once the guy/girl forcibly kisses the other person, they will then come to realize that they actually want the kiss). I am not for that life. Let’s both know what we are getting into. Let’s both consent to it!!!

Also, I loved the fact they sex between the characters was not a result of drinking or altered reality from alcohol. They both made a conscious decision, he said “come home with me”. It was so freaking sexy, I wish I was that blessed to have Rowoon saying that to me. Not that I will go home with him, of course!

I have always hung my cross at the door against long-distance relationships. I am not saying that they don’t work, I just think it will not work for me. And yes, I admit that I am emotionally inept to handle even close range relationships. Long-distance relationships require commitment and an absolute awareness of the situation from both parties. Hyun-Seung and Song-ah’s relationship was almost destined to fail because of the way it started out. He was almost the rebound, the guy she used to relieve herself of a cheating ex (which was what he wanted), so expecting that relationship to last at a distance was simply pushing it.

One thing that made me happy was the reflection he had after she told him she was leaving to work abroad. He went through it in stages, one were he was selfish and wanted her to stay because ‘he loved her’ up until he realised that she was going because she loved herself which was more important. I cannot tell you how much I love this drama just because of this.

Apart from kilometre distance issues, they had a height difference. It seemed like Rowoon was going to get spondylitis every time he bent to kiss her and she was going to get the Stargazer neck. They were at least well matched emotional and that is one that really matters!

The side characters in this drama made up for a lack of content in this drama. This drama is not action or story packed like dramas like Penthouse or THE WORLD OF THE MARRIED where things were constantly happening and it might feel like the drama is empty with too many advertisements. I usually do not expect lots of dramas to continually pack punch melodrama. Some are like Kdrama When the Weather Is Fine which was very insightful and about personal development and self-acceptance. There was nothing like that with this drama. This drama villainized poverty and made characters who either came from backgrounds with little means or felt incapable of adjusting to the world of the rich, evil. While I do agree that this sometimes is the way the rich view the poor or the less fortunate, it was just not portrayed that way in this drama. It was not about the rich, it was about poverty and how poverty was evil, not the system that makes it impossible for people to grow.

I am not saying that Jae shin was not an asshole, but he was not allowed to feel more than that. He cheated on Song-ah which was wrong but he felt trapped in a marriage he really did not want. He believed that since Song-ah was beneath him, he had a more stable and equal relationship with her. Than with Hyo-joo who was the daughter of the chairman who he works for.

In summary, I actually liked this drama because it got me thinking. I am used to overanalysing Korean dramas but it is just who I am but this one was just special in that it was not necessarily packed with content. The drama was very narrow and it had a focus point. It was almost like a race to the end of the drama which weird I liked. I usually like my drama with well ‘drama’ but there was none here and it was okay because the lessons were somewhere else.

The other main couple in this drama got married.