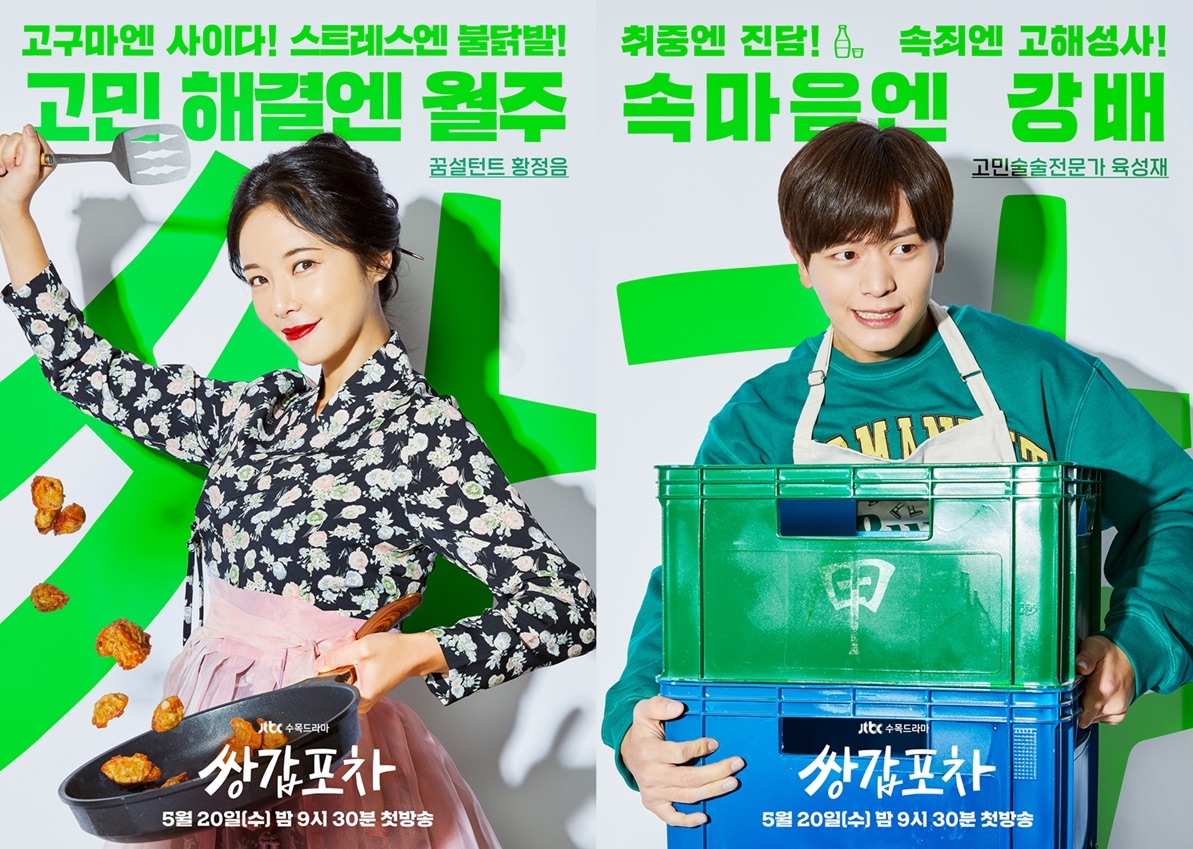 This drama is based on the Webtoon Twin Tops Bar by Bae Hye Soo. I loved this drama. I am hoping that there is a second season especially with the fact the drama ended on a good note. I cannot wait to see what happens going forward. I believe it would be other people’s favorite like Kingdom. Right from the very first episode, you could see that it tackled topics such as sexual assault, death, emotional manipulation, and more. I am trying not to be biassed because of my love for Jung-eum because she is the queen of comedy in my opinion. Although this drama was very heart hitting, the comedic experience was just amazing. I loved the Hanbok that she was wearing and the thirst trap dresses that she blessed us with. Anyways let’s get into the drama. I will try not to spoil the drama because I want you to watch it. It is currently airing on Netflix so you can check it out there. Following Wol-joo the owner of a pop-up bar that resolved people’s grudges as punishment for committing suicide on a Sacred Tree, which also led to the death of thousands of people. She believes that the death of her mother was caused by the royal family and the failure of her lover the crown prince to protect her.

Wol-Joo is such a strong character with a lot of emotional baggage which she is not afraid to show, she is willing to do anything to protect the people she loves and cares about. She has been on earth for the past 500 helping people resolve their grudges while trying to prevent herself from being wiped from existent (or at least that what we think until we find out more about why she is doing this). Then we have Kang-bae who is a young supermarket customer service worker who has an ability that makes people confess their deepest darkest secrets and what they think when they touch him. He is an outcast as he tries his best to reduce physical contact, so he can have some semblance of normalcy in his life. That is until he meets Wol-Joo and Chief Gwi who is also crown prince Yi-hon, they promise to him get rid of his ability if he helps them meet their quota before their time runs out. Deciding to work parttime (after much coercion) at the pop-up bar, he finds out more about the supernatural world and he begins to pop in and out of the living and dead realms which makes his powers grow until the point that people just have to look at his eyes before spilling their secrets (You think you want this kind of power until you cannot go to the bathroom without people all over you telling you about washing their arse)

Anyways, with them trying to reach their quota, there is someone, Won-Yeong watching them in the background and he is the guy who caused the death of Wol-Joo and her mother. Won-Yeong was the Yi-hon’s best friend until he causes the death of Wol-Joo and Yi-hon killed him at his wedding. Now he is roaming around as an evil spirit trying to kill Wol-joo. With all these happening in the background, we watch the pop-up bar team solve issues from maternal problems to sexual assault, nepotism, emotional manipulation, and barrenness.

There is also a sweet and cute relationship between Kang-bae and Yeo-rin. Yeo-rin is the only person immune to Kang-bae’s power and he feels that he has finally met someone who he can date. She is the security guard at the supermarket where he works, in her past life, she is the reincarnation of the Cinnabar who was hurt by her boyfriend which is why she gives guys the creeps when they come near her. But that doesn’t work on Kangbae which makes them a perfect fit for each other.

I just loved this drama, especially the 12th episode when everything just came together. The ending of the drama revealed the potential of their being a second season with Kang-bae still working in the bar and I cannot wait to see it. I do not think there is any information regarding a second season yet but I have a feeling that there will be.