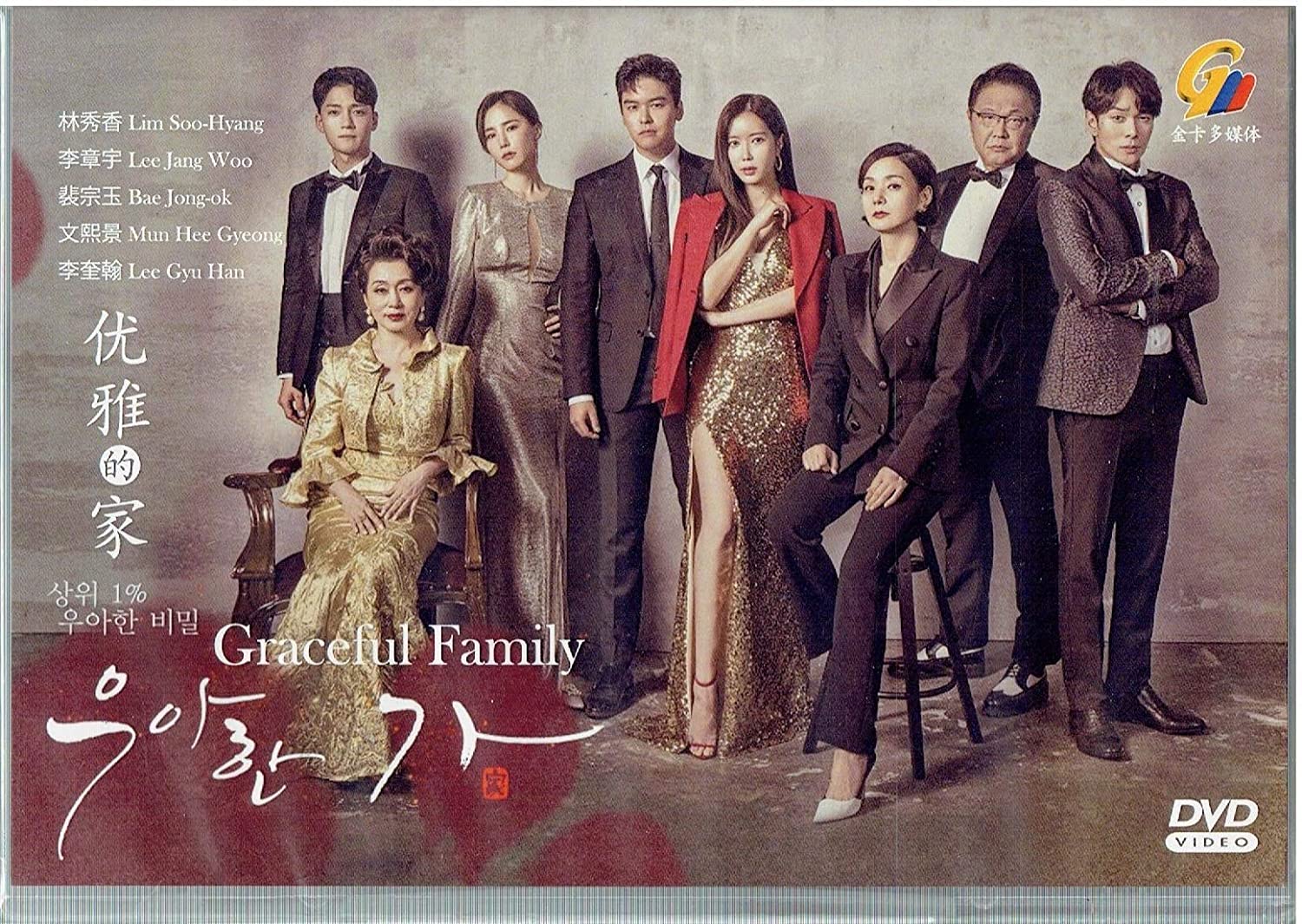 It’s been a bit since I wrote a drama review, I have no motivation to do anything these days. Anyways, I binged this drama over one day and night on VIKI (This is not a sponsored post, but I wish). So lately I have been trying a lot of websites and applications other than Netflix, where I can watch Asian dramas, especially those without an additional subscription fee.

Viki is a free service app, on which you can watch all types of Asian dramas, which is where I watched all free episodes of Graceful Family (Although I had to deal with the insane amount of advertisement breaks per episode, it was almost ridiculous, but of course all that can be removed, if you wish to pay a subscription fee). I hope you check it out.

I am still boiling with rage, so I am going to try as much as possible to not spoil this drama. YOU need to watch it, I need someone to rant with.

Returning to Korea after being sent to the US 15 years ago after her mother was brutally murdered by her housekeeper. Seok-hee is back with a vengeance and she is dishing it out to everyone that stands in her way including TOP management.

15 years after, Seok-hee has become a beautiful and intelligent woman with a strong personality. She acts tough and arrogant, but hides her kindness and suffering over her mother’s death.

The TOP Team manages the affairs of the Mo family. The TOP Team is led by Han Je-kook (Bae Jong-ok), a former judge who was known to be fair and incorruptible. After judging a case against the MC Group and suffering retaliation, Je-kook was transferred to a court in a rural area, disappointed, she agreed to work for the MC Group. Je-kook becomes an ambitious and treacherous woman who wants to control MC Group and the political and economic society of Korea.

At TOP, Je-kook works to cover up immoral or illegal behavior by the Mo family and uncover the immoral and illegal secrets of the powerful and wealthy Korean people, to blackmail or destroy them.

I have to say that I am reviewing this drama almost 3 months after I watched it and I probably cannot remember everything but one thing I can remember is how much I loved this drama and how powerful the cast was, especially the female main character. Here we follow Seok-hee who just returned to Korea after spending 15 years in the United States. An untraceable message telling her about her grandfather’s state brings her back to South Korea. On her first day back she gets into her accident that led to her meeting Yoon-do, who is a struggling lawyer. He spends his time helping people in his neighborhood out of his makeshift law office in his father’s restaurant. She gets him to become her lawyer as she begins to rain hell on all the people who had a hand in her going abroad and also in the mysterious death of her mother.

Then there is the TOP team that manages all the affairs of the Mo family, including making sure that the lady of the house is never caught cheating, the drunkard of a son never gets arrest, and also ensures that the company never earns a bad reputation. The TOP team is being led by Han Je-kook who was employed by Seok-hee’s grandfather, however, she now holds enough of their secrets that she is doing things to stay in power and control. With Yoon-do now working for TOP team management, he must do everything include bribery and corruption to ensure that Seok-hee is never caught in a compromising position that would harm the company.

Seok-hee hotheaded character is not one that allows for management and manipulation, as she is trying to find out more about who killed her mother and everyone is a suspect, that includes her father, her stepmother, her father’s new side-chick, the two sons, Han Je-kook and more. I have to say that I didn’t figure out who the real killer was until about the last 3 episodes. I enjoyed this drama and I highly recommend it. If you are looking for a drama with a strong main bitchy character who would exceed the kiss my ass scale and just make you root for her hard because she ensures that everyone gets what is coming for them. There is a major spoiler that changes the course of the drama but I will leave that for you to find out as you go along.

I gave this drama 9.3 out of 10 stars (the main reason is not 10, is because of the annoying ending)