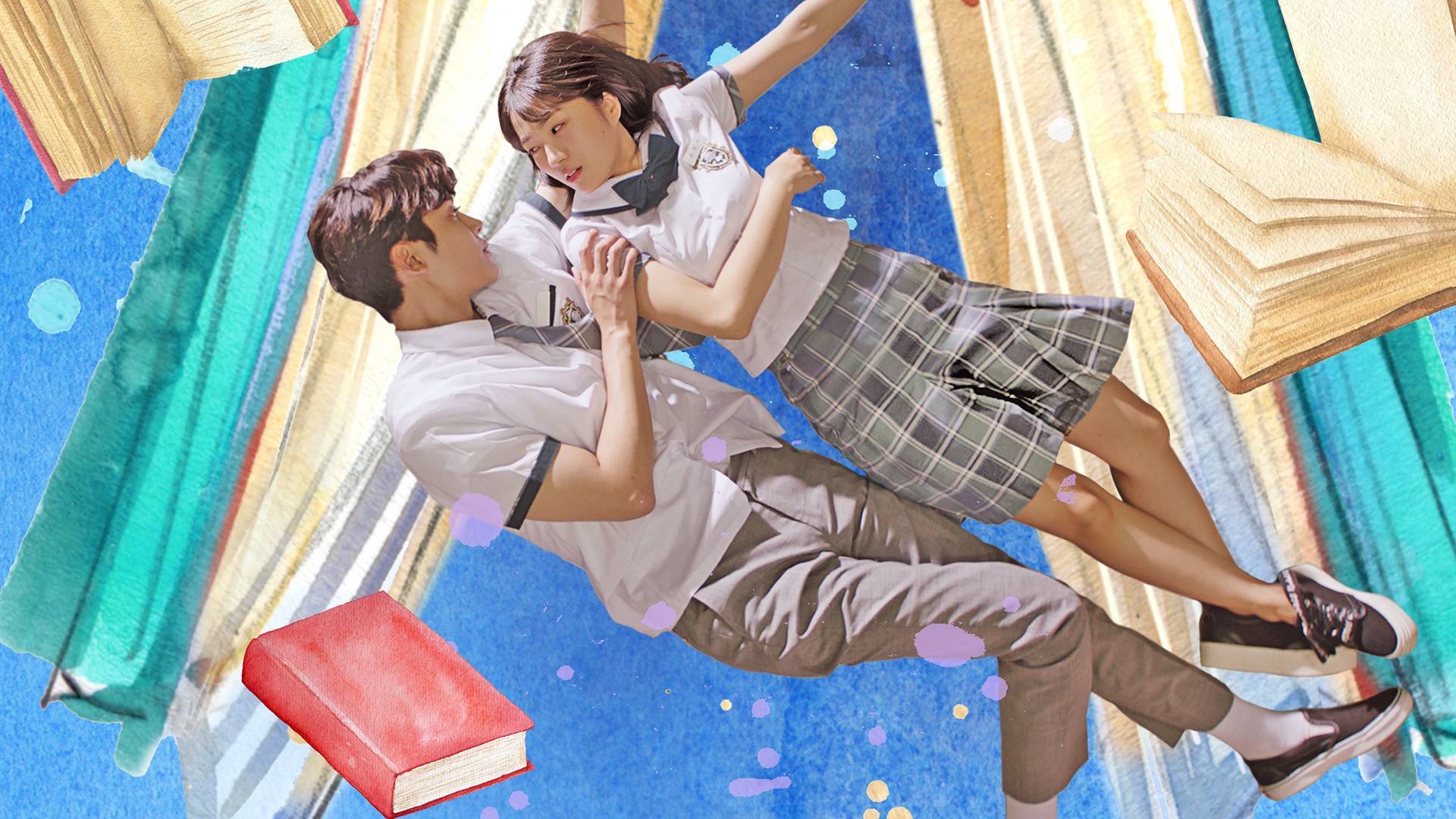 I am so happy that I finally watched this drama. I was pleasantly surprised by how much I enjoyed it, although I have to point out that this drama did piss me off towards the end. It was also very confusing at first but when I got the groove of the drama, I enjoyed it. This drama reminds me of W-Two worlds which I watched back in 2016 (it has the same Comic book theme going on).

This drama follows Eun Da-oh, a high school student. One day, she finds out that she is a character in a comic book titled “Secret”, at first she thinks she is the main character until she finds out that she is merely an extra character who is dying of heart disease. She decides that she will change her fate by trying to change the things that happen on stage. This is when she meets nameless student number 13 who she thinks can help in changing her fate.

Before I start this review, I have to point out that this drama reminds me of Carl Jung’s Map of the soul. If you don’t know who he is, he is a psychoanalyst who is well know for his theories of collective unconsciousness and the psyche. He analyzed that a person’s shadow and ego is always in conflict with the persona (which in this case is the stage) (I am giving a terrible explanation, just going to add a picture of what I am trying to say).

This drama illustrates this theory rather well, so we have Dan-oh who finds out by chance that she is a character in a comic book (Which occurs when she developed an ego). She seems to be losing her mind when she remembers things that other people around her don’t. she appears in places anytime she hears a mysterious sound (which by the way is the sound of a page being turned), she is unable to move when the stage begins and she behaves a certain way on stage (stage here refers to what the writer has written i.e. the story in the comic book). But when she is in the shadow, she is able to do anything without the constraints of the comic book plot (Shadow here is when she is not on stage, which to her is the real world as it is really in her mind but not in the comic book writer).

She is engaged to a guy who she has had a crush on for the longest time, but when she developed an ego she realized that she is not really in love with him (by the way Gyeong is an asshole who treated her poorly. Anyways, since she is not the main character, her job basically in the comic was to bring the two main characters together and also be the dying girl who has an abusive asshole of a finance. This is until one of the A3 members also developed an ego and he decides he also wants to change his fate. (by the way, I am so tired of all these Korean high school dramas having these group of boys that are rich and annoying like F4 boys from Boys Over Flowers).

This is when she meets Ha-ru, who she believes can change her fate but when she first meet him, he is an unimportant extra who had no name until she gave him one. This is until they find out that they are from a previous book by the same writer, titled “Trumpet Creeper” which was set in ancient times. They find out that they had a devastating relationship in the previous book but they hold on to their hope that is going to change.

I really enjoyed this drama after I got through my initial confusion, it was a fun watch until I got to the last 10 minutes of the last episode, then I got pissed off again. I don’t know if they were trying to wrap it up nicely or they were hinting that there is another comic, where they are in university, because I just didn’t get it. I don’t like dramas leaving me so confused at the end.

He is an asshole, he killed her twice (this is one of those times where I am trying not to spoil but I just can’t help myself)

I gave this drama 8.2 out of 10 stars (I really enjoyed this drama)

One thought on “KDRAMA REVIEW||EXTRAORDINARY YOU”