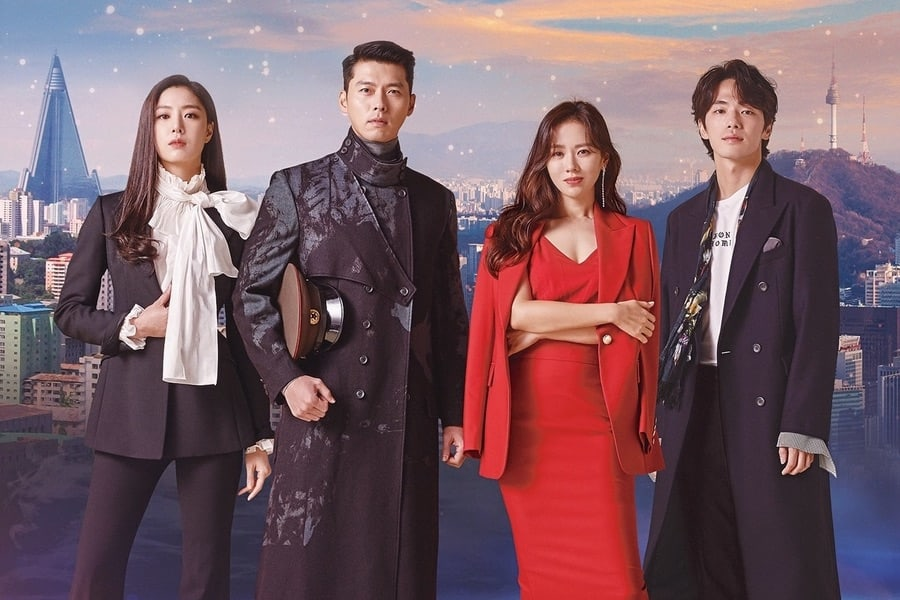 Welcome to another Kdrama review on my blog. I am so excited to review this drama, it’s been a bit since I review a drama here on my blog. You dont want to know how happy i was when i found out that this drama was going to be updated weekly on Netflix.

So after the completion of the last episode of the drama, I decided to take some time and see how I really feel about the drama without the influence of the hype that it got. Right now this drama is the second highest rated Korean dramas on cable television. so a lot of people enjoyed and loved the drama but I felt like the hype made me like the drama more. Let’s get into it.

Crash Landing on You

This is a story of a South Korean heiress and a north Korean elite who happens to be a soldier. one day, while paragliding, Yoon Se-ri by accident landed in North Korean and she meets Ri Jeong-hyuk who helps and protects her and from then on, they slowly fall in love despite the dispute and state of seize fire in the two countries.

I don’t want to repeat things that you can probably tell from the synopsis, and I also don’t want to spoil things for you. This drama can be divided into two parts, the first part being the time Se-ri spent in North Korea and the second part being the time she returned home. So in her seemly short stay in North Korea, she meets a number of people who she forms some sort of relationship with, the soldiers, the people in the village and other side characters that really brought this drama to life.

While in North Korea, word gets back home and forces are ploting to keep her in North Korea so that she doesn’t inherit her father’s company. I am really trying to explain this drama but I don’t really know what to say without spoiling it. I am just going to describe it as a relationship between Descendants of the Sun and Sky Castle, its a bit of a stretch but if you stretch it out enough you get this drama.

Although I felt it had a really anti-climactic end but that is the thing with really good drama these days, they forget that the ending have to be perfect, it doesn’t have to happily ever after but at least stop leaving us with these open ended story (yes, I am still pissed about Hotel Del Luna). I know that there won’t be a season 2 the least they could have do it help us let go of the story.

For the part you might hate me for, I really did enjoy this drama but it wasn’t worth the hype to me, this is not to say that it was not a great drama, it was just okay. It felt like something that I have watched before, I mean I kept thinking about King 2 Heart, Descendents of the sun and a few other dramas while I was watching this drama and that usually for me isn’t a good sign. I need to be so involved in the story that I don’t think of anything ealse, be captivated by the flow but that unfortunately didn’t happen.

So I watched a few interview with North Korean defectors who are now living in south Korea and they say that although the drama is accurate to some points, it definitely down plays the escape from North Korea a lot. It seemed too easy for her to return to the south and that part where they got Jeong-hyuk back to the North was so unreal, I feel like he would have been shot there and then. The ending just seemed so ridiculous to me and maybe its just because I have watched a lot of dramas and my hopes keep getting higher.

I do know that they tried to portrait North Korea in a different light than the way they have been portrayed in past dramas such as Kings 2 Heart and Doctor Stranger. It made the drama different and I actually enjoyed it but I don’t think it is one of the best dramas I have watched, I think it is a bit over hyped especially with the fact that Hyun Bin is well loved by a lot of Korean drama lovers.

Although I have to give credit where credit is due, the actors did an amazing job with the characters they were playing. The North Korean soldiers were just plain funny.

The NIS part was really hilarious, you will not be disappointed, this made me laugh out loud.

Thanks for reading. Have you watched this drama? Did you enjoy it, I know I did.

0 thoughts on “KDRAMA REVIEW||CRASH LANDING ON YOU”