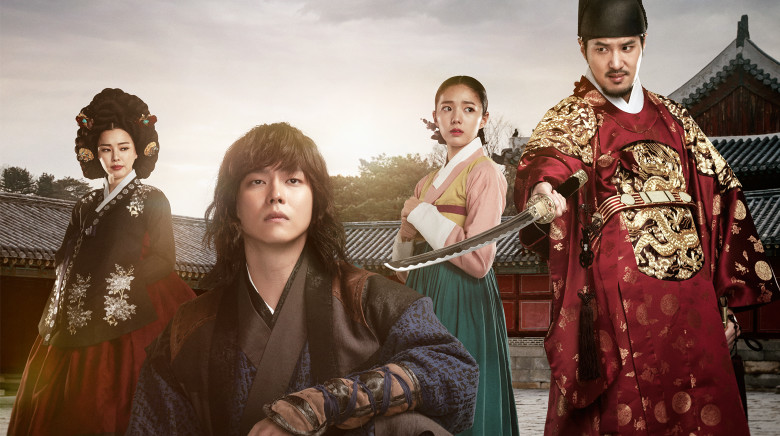 Its been a while since I watched a korean drama and the one that i just finished watching is just a jewel of a drama. If you dont know i really like korean traditional dramas as they have so sort of history behind them. One thing i have noticed about a lot of the stories in these dramas are they usually have a correlation, it just seems like each drama is from a different point of view. I really enjoyed this drama, much of my enjoyment goes to the slow progression of the drama and the length of the drama.

I actually remember the title of this drama being, The Thief who stole the people. Which is a better title for the drama based on the story.

Set during the reign of tyrant King Yeonsangun (Yi Yung) of the Joseon Dynasty, we follow the story of Hong Gil-dong and his family of rebel thugs who bring down the tyrant government and the vengeful king.

Before I start with the actual drama, I have to point out that the cast really made this drama so special. I have watched a lot of Sageuks at this point that very rarely do I worry about the story line (I know it is always good) but more importantly is the cast that played specific roles.

We start out being introduced to a slave family who have been working for a specific rich family for over thre generations, certain circumastnace lead to him killing his master (the first part of the drama really pointed out class divide and laws during the era). Then we get to the second part of the drama where we follow Hong Gil Dong who is the son of the slave who killed his master. Gil Dong his a mighty child as they call it, he is supposedly a strong and powerful person that would bring down the corrupt government.

As much as i like the characters and the actors who played them, i was not really invested in the characters as much as i would have liked. They almost seem forgettable and its not really pushing me to watch the drama again. But that did stop me from like the story itself. The story progression was great and that is to be expected from a drama with over 20 episodes.

This actually the first scene in the whole drama but he actually shots her in the chest with his arrow.