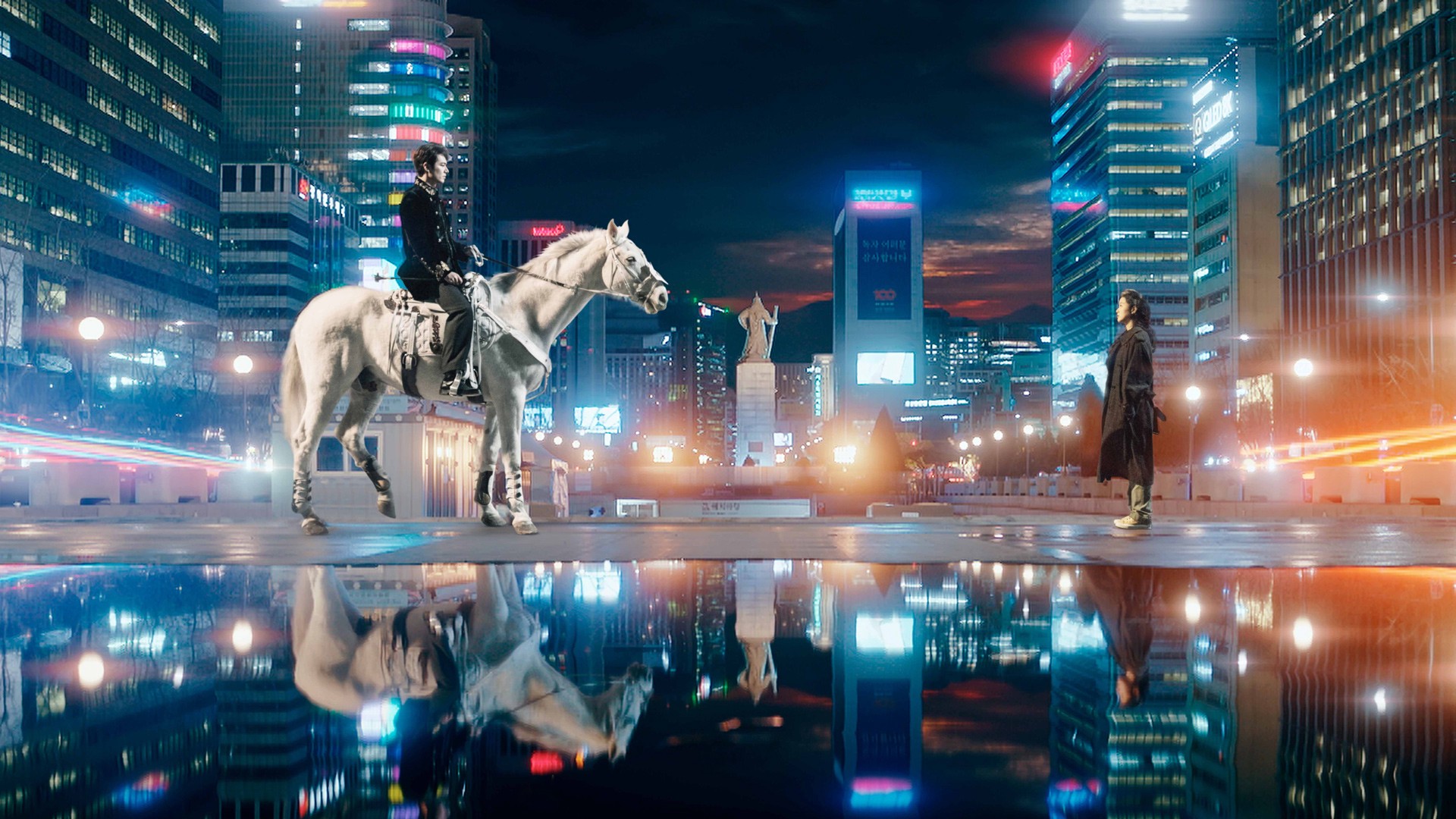 Finally, after 9 long weeks, this drama has ended and I do have to say that it was a hell of a journey. I was very excited as this was one of my most anticipated dramas of 2020 and now that I have watched all the episodes and I have experienced what I like to call “the rollercoaster of Korean drama emotions” I am really to share with you all the things I felt while watching this drama.

Without further ado let’s get it… Lee Gon a modern-day Emperor of the Kingdom of Corea, attempts to cross the barrier into an alternate reality where the Republic of Korea exists in the Kingdom’s stead. He comes across detective Jung Tae-eul, whom he recognizes from an identity card he obtained during the turning-point of his childhood, his father’s assassination. Lee Gon’s half-uncle, Lee Lim, who assassinated the previous king, Lee Ho (Lee Gon’s father), is in hiding and assembling armies whilst traversing back and forth between the two parallel worlds.

I have decided to review this drama in three parts, the first is a general brief review of the drama, the second is the things I enjoyed about the drama and the last is a rant of all the things I disliked about this drama (Plotholes, PP and Cringefest).

let’s start with a general review. This drama starts with Lee Gon being saved by a mysterious woman when his uncle was trying to kill him while stealing the Manpansikjeok which is supposedly a flute that holds a lot of power. the power of the Manpansikjeok is that it can allow the holder to travel through dimensions. in this case, it allows Lee Lim (Lee Gon’s Uncle) and Lee Gon to travel from the Kingdom of Corea to the Republic of Korea.

After the scuffle at the palace, Lee Lim is labeled a traitor (he killed the king), he escapes from the Kingdom and crosses the obelisk gate into the Republic of Korea where he meets his doppelganger or rather his replica who lives there. As you can expect he kills his replica and his whole family except the wife (Just watch the drama)

Years after the incident that led to the death of the king, Lee Gon is the respected king. The Kingdom of Corea is now a constitutional monarchy and there is a female prime minister who believes if she plays her cards right would become the queen. Throughout the drama, she plots ways in which she can get Lee Gon’s Heart but as you can expect, this doesn’t happen.

Lee Gon travels to the Republic of Korea where he meets Jung Tae-eul who is a detective. Their first meeting is not the best and she ends up arresting him. They do go on and get to know each other better, as expected he saying that he is from another dimension just made him seem like a scam artist.

Now to the second part, the things I enjoyed about this drama.

This drama is so beautifully thought of and well written, I loved the time travel, dimension jumping the whole doppelganger thing. it was very fascinating to see people placed in worlds different from their own. I do however understand people who thought this drama was confusing especially older people who are not used to understanding science fiction. Because in my opinion, this drama is a mixture of science fiction and fantasy which was averagely done.

I loved Do-hwan’s acting in both characters, he is such a great actor and I would watch anything that he is a part of (by the way, check out The Seducer, he did a fantastic job in that too).

This drama was so webbed and captivating, especially for someone who loves watching Flash, Arrow, Legend of Tomorrow, this was just my bread and butter and it was all I needed. I loved the subtle differences between the Kingdom of Corea and the Republic of Korea.

For the third part, my rant. The first 7 episodes of this drama (although was laying the foundation of this drama) sucked so bad, the poorly placed produced placement, the bad CGI (honestly at someone point, I was thinking the CGI in this drama was worse than the one in ARTHDAL CHRONICLES but it was close). The portal between the two worlds was one of the most important aspects of this drama and it was just so poorly done that I honestly cringed every time.

I will not stop talking about product placement. I know that Korean drama strives off product placement and honestly, my probably isn’t with how many but how they were placed in the context of the drama. At least let the product blend into the drama, the first 10 episodes felt like I was watching a long-running advertisement. I paid for my Netflix plan and the last thing I want is to pay t watch an advertisement.

Then the romance between Lee Gon and Tae-eul, it was too rushed and too superficial, we saw her as the strong detective who wasn’t buying into the shit of the scam artist who was telling her that he was from another world. There was no spark or tension between them, then suddenly he takes her to the Kingdom of Corea and she is suddenly in love. Did she fall in love with him because he is the king or what? Honestly, that shit stressed me out. I do have to give props to Min-ho and Go-eun because they did well by this drama

There are a few plot holes about the time-traveling. so when Lee Gon went back in time to kill his uncle, obviously since his uncle was the causative factor of a lot of events, everything was set back and I assumed that everyone would forget about what happened. I thought it would be the who Grandfather paradox thing but I guess I was wrong.

I know that there are a lot of people who didn’t like this drama but I promise you that if you give this drama time and watch it carefully, you will enjoy it. Remember that every little detail is important.

The little boy is important.