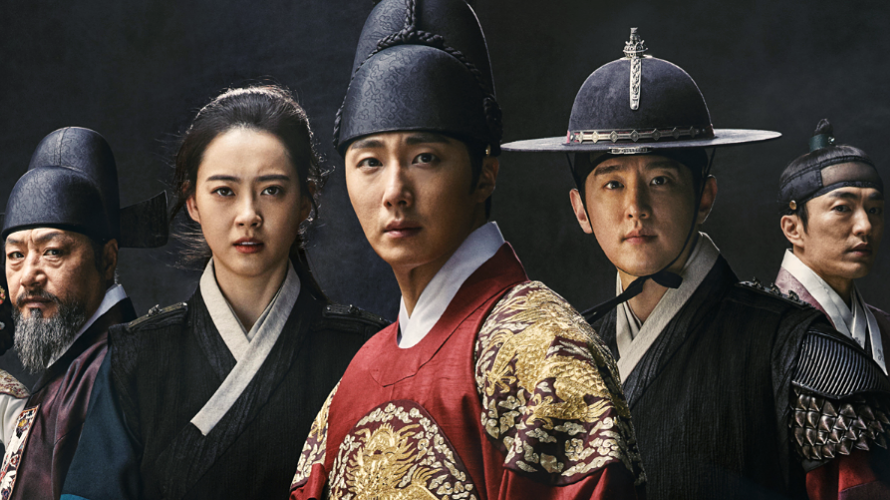 I am not going to forget about this drama anytime soon. Usually, when I finish watching a drama, I go back and watch a few parts that I liked just like I did with SIX FLYING DRAGON but unfortunately I have a lot of things going on right now and I am unable to watch it again. I am sure that I will get back to it very soon. This drama is available on Netflix, so you can check it out. I want to add romance but it isn’t a romantic drama, it just happens to have a speck of it.

Just like most historical dramas, it follows the life of prince Yeoning during the Joseon Dynasty. His road to becoming king and how he reformed the Saheonbu. Haechi is an animal that is believed to serve as some sort of protection.

Prince Yi Geum is the son of the king and a peasant and he is seen as the lowest among the royals because of the peasant blood in him. This drama starts during the reign of the 19th king of Joseon (Check out  KOREAN HISTORY THROUGH DRAMAS where I broke down the history of Korea) and we see the fear he as for his sons. He tries every he can to protect them from the ministers who are divided by their fractions, the Noron, Soron, and the Namin. The Noron hold power the Soron are responsible for educating the king. Anyways, then we have Yi Geum who is the black sheep of the family. He returns from his travel and lands into trouble when he is caught taking an exam for someone, he is caught by Park Mun-su who is sitting the exam for the 10th time. Park Mun-su as a thirst for justice and he is hell-bent on catching the person who broke the law.

Then there is Chun Yeo-ji who is a female police detective and, the only female detective that works at the Saheonbu, we were not told the reason for this, only that she is considered the best detective. As she is trying to solve the mysterious murders that have been surrounding the prince Yi Tan (the guy is a psycho and I am glad he got what he deserved). This is how she meets Yi Geum and their story continues from there.

This is a historical buffet for Sageuk lovers, because I know it was a pleasure to watch. History, action, romance, anger, and amazing evil plots are exactly what you get with this drama.

He becomes king (yes, I know that is not a spoiler but saying anything would really spoil the drama, just watch it)