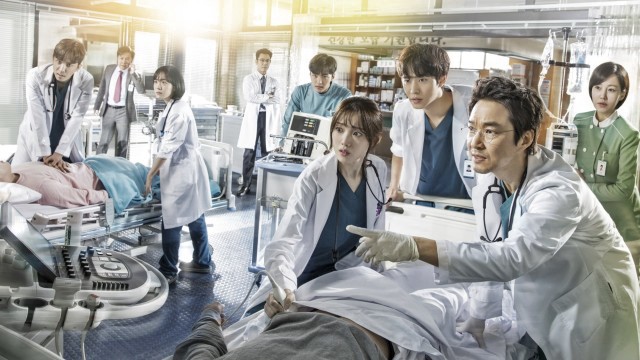 Hello and welcome to another drama review!

This was one of my most anticipated dramas of 2020. after watching season 1 back in 2018, I hoped that we would have more from the hospital, honestly I am still hoping that there will be a season where they would be in the trauma center and we have all the characters from the first and second season.

Without further ado, let’s get into it..

After being ostracized by his fellow doctors for whistleblowing, Seo Woo-jin ends up going to Doldam hospital where he finds his love (Cha Eun-jae) and passion for medicine and surgery again.

Saying I love this drama would be an understatement. since I watched season 1 in 2017, I have been itching and hoping that there would be another season (I have the same hope for Arthdal chronicles). Anyways I loved it .

This drama, takes place 3 years after the evenets of the first season. Seo woo-jin is a second year general surgery fellow who is being ostracized by his fellow doctors because of whistleblowing which left his life in shambles. He had to live from hand to mouth while debtors keep chasing and threathening him. one nights he ends up at the infamous Doldam hospital where he meets Dr. Kim and asks him help him. That is how he starts working at doldam and soon he comes to love the place and the people who are working there.

Then we have Eun-jae who is also a second year cardiology fellow who has problems with performing surgeries (funny as she is a surgeon), anyways she gets sent to doldam has a warning for her to get herself in check. When she get there, she meets Woo-jin who was her classmate back in medical school and as you can expect, things being to get hectic and soon they have to lean on each other for support. That’s how the relationship that had dwindled between them spark up again.

The cast of this drama was just perfect, we had a lot of actors from the first season which made this movie so good, also a cameo from Do Im-beom, it was just amazing to see him again in the drama. (I want a freaking reunion). the most touching episode for me was when the emergency care lady died and her organs were donated, that just struck me and made me cry so hard. Another scene I really liked and have over watched his where he cried in the locker room after speaking to the doctor who he worked with that was fraudulent, that scene was just so gut wrenching. I could almost feel his pain through the screen.

I can gosh on and on about this drama but just know that it is a must watch, I won’t talk much about Teacher Kim but he is just a peculiar character and it made the drama different and special in its own way. The battle of wits between Teacher Kim and the president of the association was so funny and hilarious to watch. The last episode just made me so happy, it was the perfect ending. My thoughts were ‘in your face, Arschloch’.

Oh and the soundtrack for this drama is on the level of that of Hotel Del Luna, just spectacular, just beautiful, I have had it on repeat for a week.