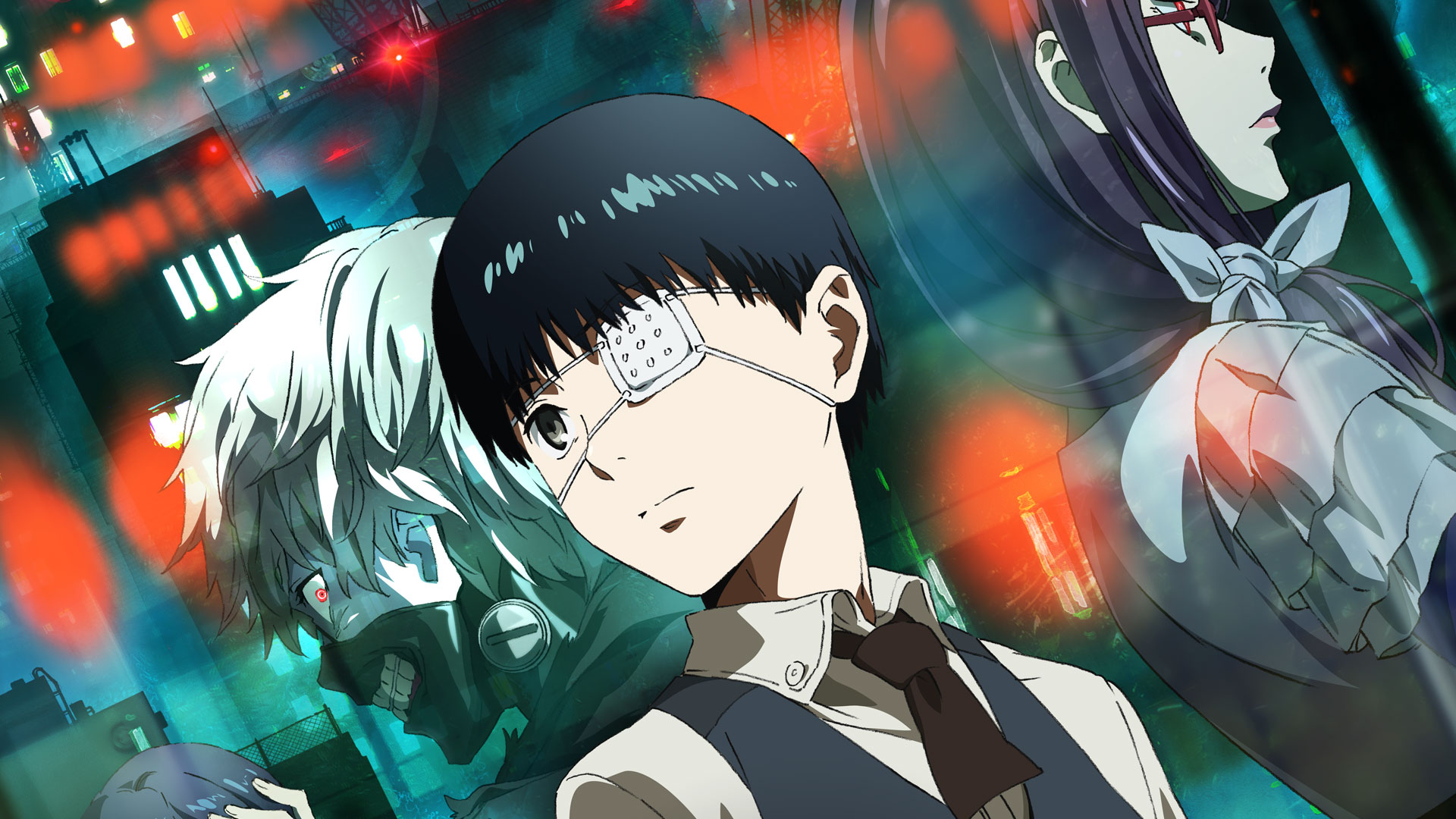 Welcome to another anime review!

As you can tell from the cover picture, I have finally watched Tokyo Ghoul. I binged season 1 to 3 and I have a lot of thoughts. I have gotten into a lot of anime recently and I think I have become a weeb! Anyways I hope you enjoy this review and check it out. Following Kaneki Ken who after surviving a deadly attack becomes a Ghoul who feasts on human flesh. Tokyo Ghoul is set in Tokyo where ghouls who look like normal people hide their true nature in order to avoid the authorities. At this point, I will advise that you just watch the anime. It is just perfection!

Woah! I absolutely loved this anime and I cannot wait to rewatch certain parts of it again. This anime begins with Kaneki a college  (university) student who is having his first crush, Rize Kamishiro. After many failed attempts to ask her out, she walks up to him. At this point, I have to say that this was the moment that changed his life. They decided to become friends and on their way home after one of their meetings, he finds out that she is one of the so-called ghouls rampaging Tokyo. While she was trying to make him into her dinner, an accident (which was later identified to not be an accident) lead to Rize’s death and Kaneki’s fatal injury. He had to get surgery and some organ replacement. Rize’s organs were transplanted into him (unethical and honestly rushed, but it is an anime and the story has to progress).

His surgery is followed by an extremely quick recovery which leads to him been discharged from the hospital. Although he had already begun to feel different. Foods he used to like became revoluting to him and he began to hunger for humans (which is only what ghouls can eat). He is scared of his friendship with Hideyoshi because he didn’t want to hurt him. Soon Kaneki finds out about the real identity of the people working at the small coffee shop he liked to visit. He finds out that they are all ghouls (they call themselves ethical because they don’t kill humans but just eat those who are already dead). Anyways they help out Kaneki as he begins to find out more about himself and his new status as a one-eyed Ghoul. Ghouls have never been made before and he was a new addition to the community because he smelt funny, not really human, and not really ghoul.

Fast forward to the end of season one when we finally met broken and reformed white-haired Kaneki. It was just perfection honestly. My favorite part was when he fought Jason and he ate him. It was so sexy. Another part I really enjoyed was when he really gave himself over to his ghoul side and left Rize to control his mind. it was just superb. The most heartbreaking scene in anime history has to be after the war (by the way, in my opinion, a war no one won. They lost too much in that battle) when Kaneki carried Hideyoshi’s body. I cried and the song, Unravel, became much sadder.

Then we have season three which was hella confusing for someone like me who never read the manga or was even in on the conversation about anime. Kaneki became Haise Sasaki (who was super cute until he explode with rage and we get to see the Kaneki side of him) working as a mentor for the Quinx squad. The squad was filled with humans who had also undergone the procedure Kaneki went through. This was to create people who could substantially fight with the ghouls at the same footing! Anyways after some time, Haise remembers who he is and he accepts himself. We finally get to see the reunion of all the cast that I love and honestly some that Plain annoyed me. They all worked together to ensure balance and a peaceful Tokyo. We got to see Kaneki have sex and Touka and even have a son. I am glad that they got their happy ending.

This is an anime that I will always recommend. If you are okay with blood and gore, then this is the one for you. I would definitely be watching this series again sometime soon!