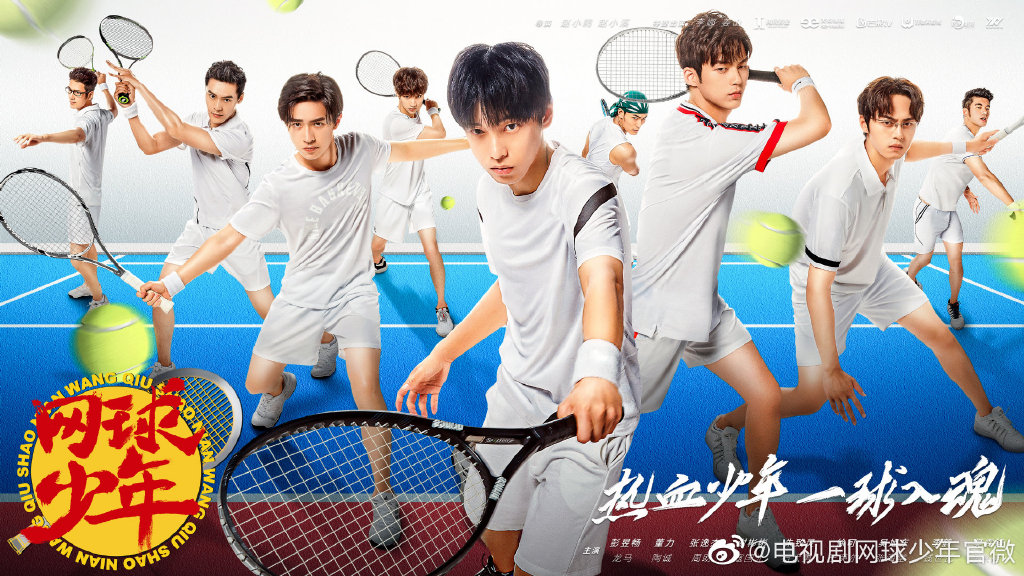 Welcome to another review on my blog. This drama I am about to tell you about is one that I believe you all might have been sleeping on. I actually just finished watching this drama a few minutes ago and I absolutely loved it. I have watched very few Chinese dramas and I had no high hopes with this one but I have to say it blew me away. This drama is said to be an adaptation of a widely popular Japanese manga series written by Takeshi Konomi.

There is something I always tell people, if you can get over the prejudice you have against Asian dramas, you will enjoy a lot of creative minds from all around the world. So I implore you, if you have never tried out dramas from a different country, try it out now, you will find gems.

The Prince of Tennis

It is a about a new transfer student Lu Xia who is a tennis prodigy and against all odds tries to win at every match he plays. He has inherited his father’s outstanding strength and tennis talent. However, trapped under the shadow of his father, Lu Xia only sees tennis as a tool to win over him, losing the passion and happiness in playing tennis altogether. He joins in a high school tennis team and met various tennis masters. Here, he begins to realize the meaning of tennis and figure out his own identity as a player. In the process of working to win the national league, Lu Xia and his teammates learn to work as a group and understand the importance of friends.

This is the kind of drama that i call a clean cut enjoyment kind of drama. The director knew what he was going for and stuck with it. I guess this is what adaptions need to learn from. The main focus of this drama was sport in particular, Tennis. the focus was not diverted by circumstantial situations in the plot. The love interest and heart throbbing situations did not over shadow the game.

For me, it was like I was watching an exaggerated tennis match and it was very enjoyable. I know very little about sports and I can’t say if any of the techniques are right but i have to say that I really enjoyed watching it. It was really fun and I was at the edge of my seat unable to figure out what would happen next.

A few things that bothered me at first with this drama is that at some point, we didn’t really get much about the main character and it was more about the team members and the team as a whole. We were also introduced to a lot of new characters as the episodes progressed but in no way was it confusing to keep up with the characters, there was something just amazing about it. Also the characters just didn’t fit into the high school setting, I felt that it would have been more practical if the set was in college, as the characters gave off a certain feel which just didn’t fit the high school vibe.

I knew that I should be rooting for Lu Xia who was the main character but sometimes, it was so hard to do that if he wasn’t playing the game. This was a journey that the team members and I as a viewer went through together and I really loved it.

He ends up liking her back. You will get what I mean when you watch the first two episodes. Don’t worry, it is not a major plot spoiler. Honestly, I don’t think there is anything that can spoil the drama for you.