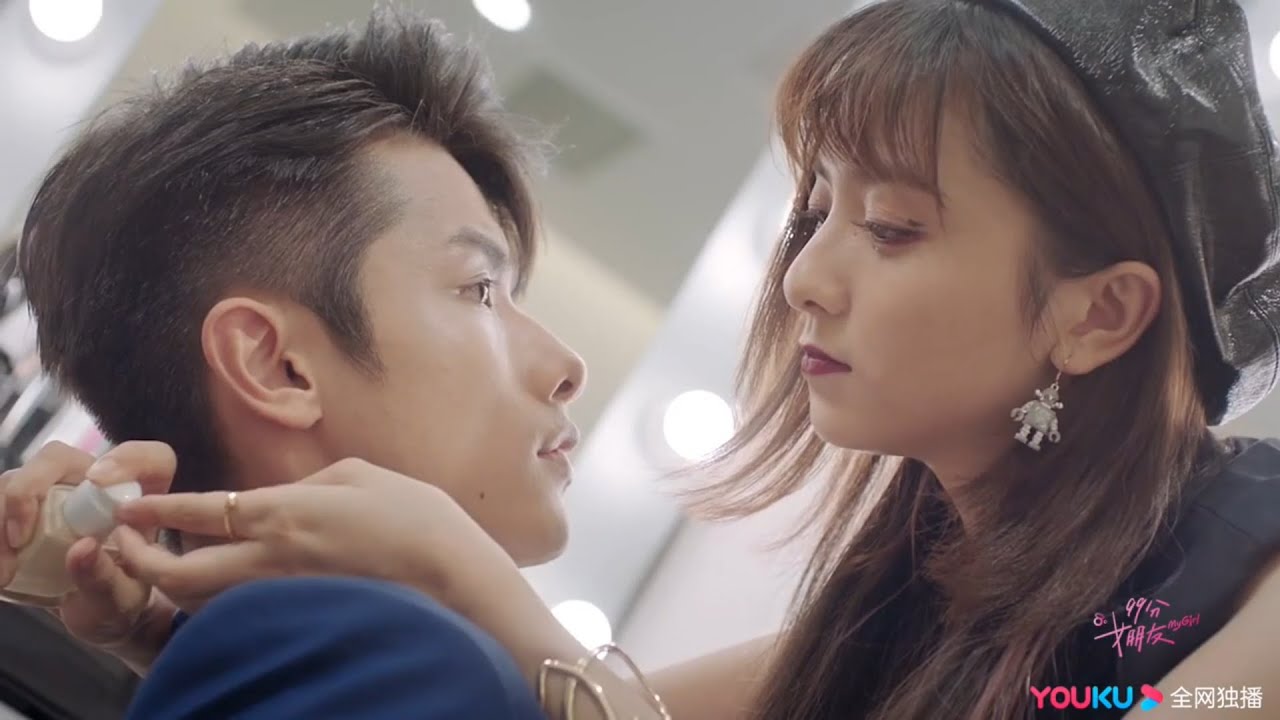 Hello and welcome back to another drama review. Before watching this drama there were so many clips of this drama that really made me excited to watch this drama. I am so glad that I watched it because it brought together again two of my favorite Chinese drama couples. Shen Yi has spent his whole life feeling guilty for something he did when he was a child and the only way he knows how to redeem himself, is to make a makeup foundation that can cover scars.

I have watched so many rich guy-poor girl tropey dramas and I am so glad for this different perspective. At least the girl is doing what she likes. I do have a few issues with the way Mental illness was represented in this drama and it gives off a worrying representation of Personality Identity Disorders. I don’t know a lot about Personality disorders but I do know that this drama did a terrible job with the representation.

We follow Shen Yi who has been trying to develop a foundation that can cover scars because of an accident caused when he was a child that leads to a huge scar on the face of one of his girlfriends. Years later he still carries the pain in his heart even though he is yet to meet her again. Meng Hui is a girl who is dealing with her Personality disorder which is triggered by her PTSD when she switches to another personality, she becomes Daydream a popular Weibo blogger and social media star, and a  popular makeup artist who goes for what she wants.

She gets the job of a makeup artist for a show that makes her come across Shen Yi who is also the sponsor and a judge on the show. They end up working together, which leads to rumors brewing about them dating. His ex-girlfriend, Wei Lei, who is also a celebrity is on the show, but she is not having it. She tries to get between the two of them. Meng Hui was the only one who understood his insanely frugal nature and he begins to have some feelings for her. When her personality changes again, her psychologist seeks him out to help Meng Hui until she is back to baseline.

I also want to point out Shen Yi’s best friend, Sui An who is a plastic surgeon, he happens to feel guilty about the weight on Shen Yi’s shoulder because he one of the bully’s when he was younger. He also falls in love with Wei Lei who kept wanting more plastic surgery to look better because she felt she was not beautiful enough. They do have a really cute relationship, I want them together in another drama. Another side character I want to point out is Meng Hui’s psychologist, Ah Tao, who is this every strong woman and Shen Yi’s personal assistant, Jiang Jiang, who is a very calm and collected man. They fall in love and I remember the line where he goes “I don’t mind you being strong, it doesn’t change the fact that I am a man” At first he was so intimidated by her and he felt so small but soon I think his mindset changed and I just love them. I watch a series with them in it.

I just hated the fact that their whole relationship was just around that damn scar. I mean she could cover it well with makeup, I don’t know why they had to put their lives on hold because of something she said she was okay with. It began to feel like he was with her because of her scar and not because he was in love with her. They kept mixing business with pleasure, I mean where do their relationship end and his company start. If he is putting aside all his company work to arrange for their marriage, what time do they have to actually work?

There is also this unrealistic part that just made me laugh my head. Her PTSD hit again and she began to assume that she had been married to him for 10 years and she was the CEO of his company. They changed all their dates and calenders to 2030, I mean she could have just found out the date online. This is not the 80s where you cannot get such information. This drama just felt too scanty and not well thought out, like the effort was not there in my opinion. I really loved the actors and they did a good job even with the messy script and I have to give them that praise. Oh, and by the way, the wedding scene is hilarious.

He lied that he had PTSD