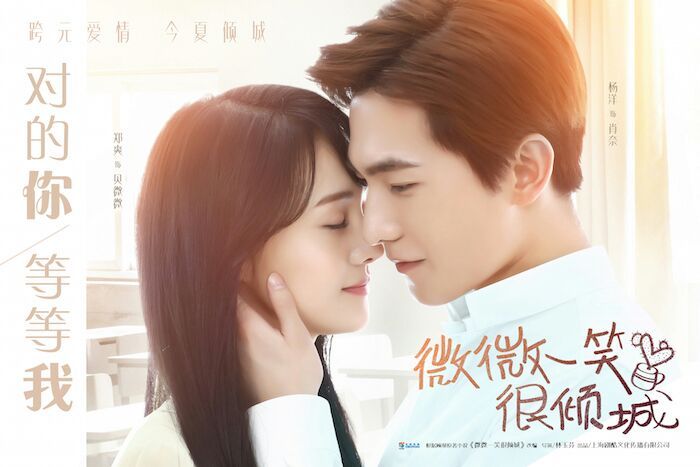 I am not going to downplay the fact that I have been watching too many Asian dramas. I am currently watching about 10 ongoing Asian dramas and about 5 completed ones. Honestly, all I can do now is watch Asian dramas, type my essays, work on my project, and sleep.

I found this gem of a drama on Netflix and although I have seen it a few times around the internet over the years I was never really deep into Chinese dramas until recently and I am happy that I watched this one. I did find out that there is also a short movie, I am guessing with the same actors but I am yet to watch it.

I promise you it was hard to keep my perverted thoughts to myself anytime Yang Yang appeared on screen, I had to struggle not to yell ‘Zaddy’ at 2 am (which is usually when I binge dramas) Centers around Bei Weiwei who is a popular online player and her online husband Naihe. They bring their romance to life.

Bei Weiwei is a well-known gamer with the user ID Luwei Weiwei with which she plays an online role-playing game A Chines Ghost Story. After being recently dumped by her online husband, she gets proposed to by the online playing god, Yixiao Naihe. They decide to participate in competitions together as a couple and that leads to her getting to know Naihe and his group of friends online.

However, Naihe knows who Weiwei and he as slowly fallen in love with her and soon he decides to introduce himself to her, and as you would expect he turns out to be her senior in the university who is known as Lord Nai because of his dashing good looks. She also has feelings for him and of course finding out that he is good looking doesn’t hurt a bit

I see why a lot of people loved this drama, it was incredibly well-paced and a good enough length that it was wasn’t too long. However it did sometimes feel like it dragged a bit, but it was fine, it was not excessive. Although the drama is a romantic drama and it did center on that, it was a lot more than that. I appreciated the fact that the drama had more substance than just romance. I liked the technical goodness that the drama had to offer. I also like the games, they were playing and the premise of the main game and even the one that Zhiyi Tech was building.

One of the very few things that I hated about this drama was the intense chemical buildup between the two main characters but their kissing felt so off. If I am going to sit from 16 episodes before you finally kiss, you had better give me something good to work with.

“if you are unfaithful, I will restore your faith, if you lose faith, I will convert you again”

I want me a man like that. Not that I plan on cheating but that is not the point.

Anyways as I always point out, side characters are key, they make the drama better, another thing, the male main character just made my heart beat too fast, the side-eye look that he has, my god, I am not going to gosh too much about how I love him (secretly stalking him).

There is a betrayer among them.

Thanks for reading. Check out my KWAVE (I really need to create another category for Chinese dramas) category to check other Asian dramas that I have reviewed.