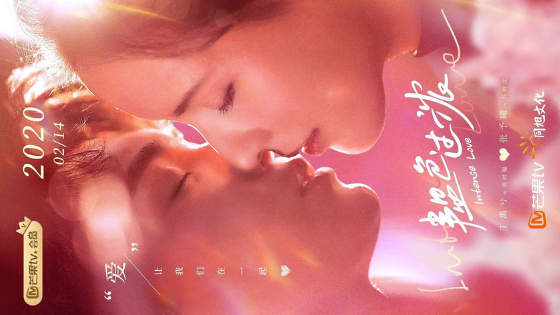 I have been loving Chinese dramas so much, since the start of the year. You guys on twitter keep recommending new ones to me every time I review one on here. Since I reviewed FIND YOURSELF I have been watching them none stop. I watched this drama on the Mango TV youtube channel and I had to deal with being spoilt by people who were watching on the website and app. Even with all that, I enjoyed this drama. I thought it was cute and light-heart something that is needed right now.

Without further ado, let’s get it… Ryan Ding (He is currently the main lead in The Tiger and the Rose which I am currently living for, highly recommend)

It is a love story between a young handsome doctor and a beautiful witty and popular actress. Their families set them up for an arranged marriage but they sort of fall in love without their help.

I do have to say that compared to other Chinese dramas that I have watched and am currently watching, this drama is quite fast-paced which in my opinion makes this drama fascinating to watch.

We are introduced to the main characters Jin Bei who is a famous actress who is known for her beauty and work ethics, then we have Shi Yun who is a doctor boasting good looks and intellect (men we like to see). Their engagement has been arranged by their families however they both being very busy were unable to attend the introductions.

Jin Bei gets into an accident with a male actor friend of hers and she ends up in the hospital where Shi Yun works (although I have to acknowledge that I don’t remember what his specialty was, all I know was that he was a professor and I am going to assuming that he is a cardiothoracic surgeon, anyways more of the medical foolery later). The news of her in an accident with another actor spreads and rumors about her dating spread around the internet.

Then we also have Jin Bei’s manager who falls in love with Shi Yun’s best friend. By the way, I was surprised by the way they got together, although their relationship was just a side something, I enjoyed their bantering. Then we also have another character that is in love with the actor who was in Jin Bei’s car (Can’t remember his name), so she does a lot of stay jealous shit that ended her in trouble (I just don’t get girls that try to end their career because of a man, especially one that you are not in any kind of relationship with, she built up the whole relationship in her mind)

Now for the medical foolery, a lot of my friends kept talking about how shitty the medical aspect of the drama was, and yes, it was shitty but I didn’t watch this drama because of the medicine. If I wanted something with great surgery and accurate or semi-accurate medical text, I would watch Dr. Stranger, The Good Doctor, Grey’s Anatomy but with this drama, I knew that aspect was going to be shit and it was. I am here for swoony unrealistic romance and exaggerated lines. Like I said before, he is a doctor and he goes in and out of OR but he never performs any operations. So yeah.

Their relationship was just the funniest, you could tell they both wanted each other and it was just hilarious the methods she had to come up with to get him to admit that he had any feelings for her. The fact that she was doing all these to get him to confess when she claims that she also doesn’t like him was just Hilarious!!!!!!!!!!!!! I highly recommend this drama if you are looking for something fun to watch, here is a link to the Youtube playlist where you can watch all 24 episodes with English subtitles: INTENSE LOVE