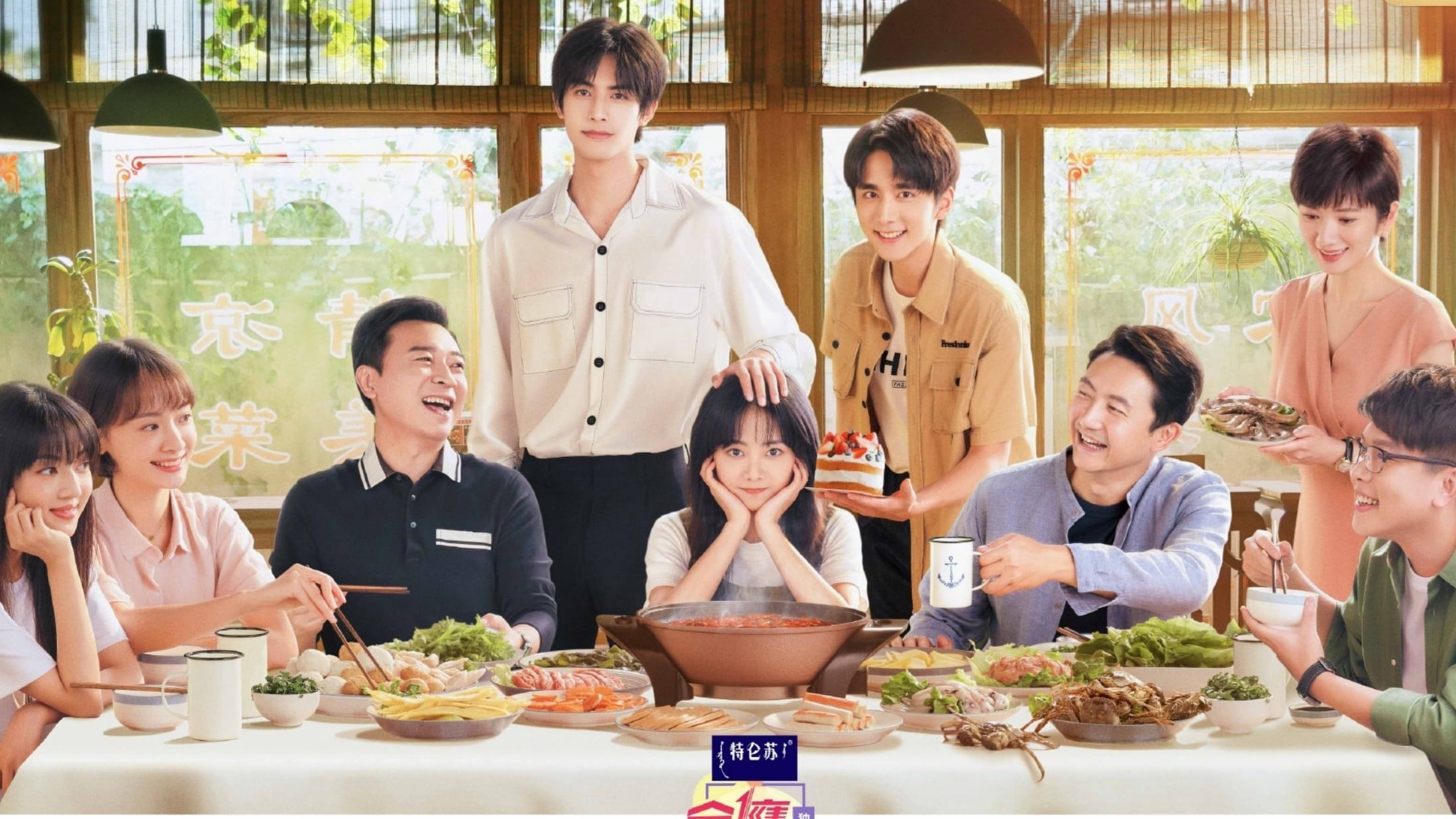 I am back to my precious Chinese Dramas!

I was unable to stop watching this drama until I finished it. I might have been a little biased watching this drama because I really like Song Weilong and if you don’t know him. He is the main character in CDRAMA REVIEW||FIND YOURSELF and I have loved him since then. He is such a good actor. Okay so maybe part of my love for him is because of his hotness but that does not take away from the fact that he is such a good actor.

I will stop being thirsty! Let me get into it! Go Ahead! This drama follows three children who have found themselves in broken families. They get together under one roof and form a new family. But as expected outside forces would not leave them be.

Boy oh, boy is this drama so good. I will get into the thirst trap later. First, the family drama. A new family moves into the neighborhood and quickly we find out about the loss of their daughter who died while at home with her brother, Ling Xiao. We see young Ling struggle with the death of his sister and the depressive episode of his mother. This loss led to so many fights between Ling’s parents which meant he had to always hid away. His sanctuary quickly became the neighbor’s apartment downstairs. This is when we see Jian Jian and her widowed father who runs a noodle shop. He is hardworking and everyone in the community is trying to find him a new wife. Jian Jian does not want this, however, that doesn’t stop a new woman coming into their life. She is coming with her son, Zi Qiu, who Jian Jian immediately hates.

Soon, Ling’s mother abandons him and his father and so did Zi Qiu’s mother. They are missed but the boys quickly adjust to their new dysfunctional family. Ling’s father is a Police Officer and he is rarely home which means that Ling is usually at Jian Jian’s place. Honestly, I cannot really blame Ling’s father, he was doing his best too. You can see that he gave it his best. Anyways, the little children grow up and that is when things began to change, we start to notice the little looks that Ling gives Jian Jian but OF COURSE, she doesn’t notice.

As expected their peaceful existence cannot last, because Zi Qiu’s real father comes into the picture wishing to take Zi away with him. Zi is not having that but YOU HAVE TO WATCH IT TO FIND OUT.

They are all grown and they are all back in town living in the same apartment complex. Ling has made his feelings for Jian Jian know and she is flustered because she has always taken him for her brother. Similarly, Zi confesses his love for her and she is so confused because she doesn’t want to hurt any of them. Soon she realizes that the chemistry she has with Ling is incomparable to anything that she has ever felt. I mean as an audience participant, they were just oozing sex appeal. This might be my bias to Song Weilong taking but it is what it is.

I mean some kiss scenes were so unbelievably hot. They talk about sex so nonchalantly that it was a pure joy to watch adults finally talk about sex. Something else that I want to point out was our emotionally manipulative Ling’s mother was. You just have to watch this drama to get it all. There are 40 episodes but I promise you, once you start you would not know what hit you. Go Ahead!

Her father gets married at the end.

8 thoughts on “CDRAMA REVIEW || GO AHEAD”