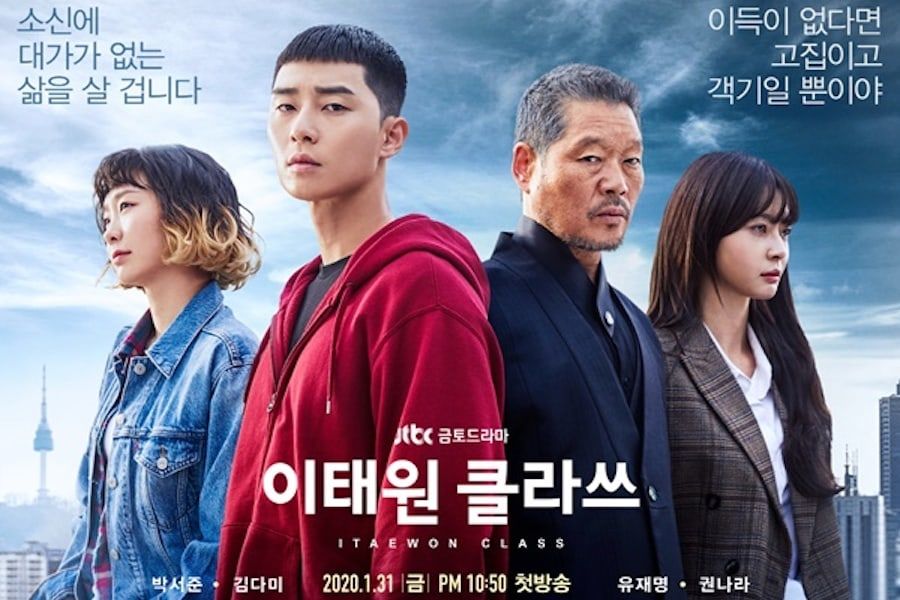 As a Hallyu culture fanatic, I am anticipating a lot of amazing dramas this year. 2019 was a great but yet sad year for the Hallyu culture, lots of new and exciting releases such as Hotel Del Luna, Sky Castle and, When the Camilla Blooms which I all loved but we also suffered a lot of losses.

The first on my list is Half of a Half, all we really know about this drama is that it is about Artificial Intelligence developer and a Musical engineer which is played by Jung Hae In (Something in the Rain, Tune in for love and One spring night) and Chae Soo Bin (Strongest deliveryman, The Rebel and I am not a Robot). I love the both of them and honestly, at this point, I will watch anything with Jung Hae In Next is Itaewon Class, boy oh boy am I anticipating this one. My forever hearttrob is in this. This is Park Seo Joon’s return to the small screen after starring in The Divine Fury. He is to me, the King of Romantic Comedies. All i know about this drama for now is that it follows this group of people who fight injustice and corruption in the society they live in. It is to air on Netflix, although the trailer didnt really tell us anything. There is very little knowledge about this next drama, The Most Beautiful Moment in Life, except that it has a stellar cast. it is supposedly about two people who after sharing a painful past, meet up again in their forties. it stars Lee Bo Young, Yoo Ji Tae, and Park Ji Young. the cast is surely enticing me to watch this drama. 365 is a drama with lots of things that I love to see on screen, especially when it involves the element of mystery. Starring Nam Ji Hyun (100 days my prince) and Lee Joon Hyuk. it is said to be about a couple who goes back in time, trying to redo things and create a perfect life only to realize that they are trapped in a mysterious game which might cost them their lives Last but definitely not least on this least is The King: The Eternal Monarch which is written by the one and only Kim Eun Sook, I think of her as the queen of well written, well developed, out of the box Korean drama writer. Her works include the very famous Descendants of the Sun, Gentleman’s Dignity and Guardian: The Great and Lonely God which you might know as Goblin. This drama stars Lee Min Ho (The Heirs, Boys over Flowers) and Kim Go Eun (Goblin, Cheese in the Trap). All I know about this drama is that it is a Period drama about a king who tries to protect his kingdom of demons who have come from a parallel plane of existent. not much to go by but it is definitely my most anticipated on this list.