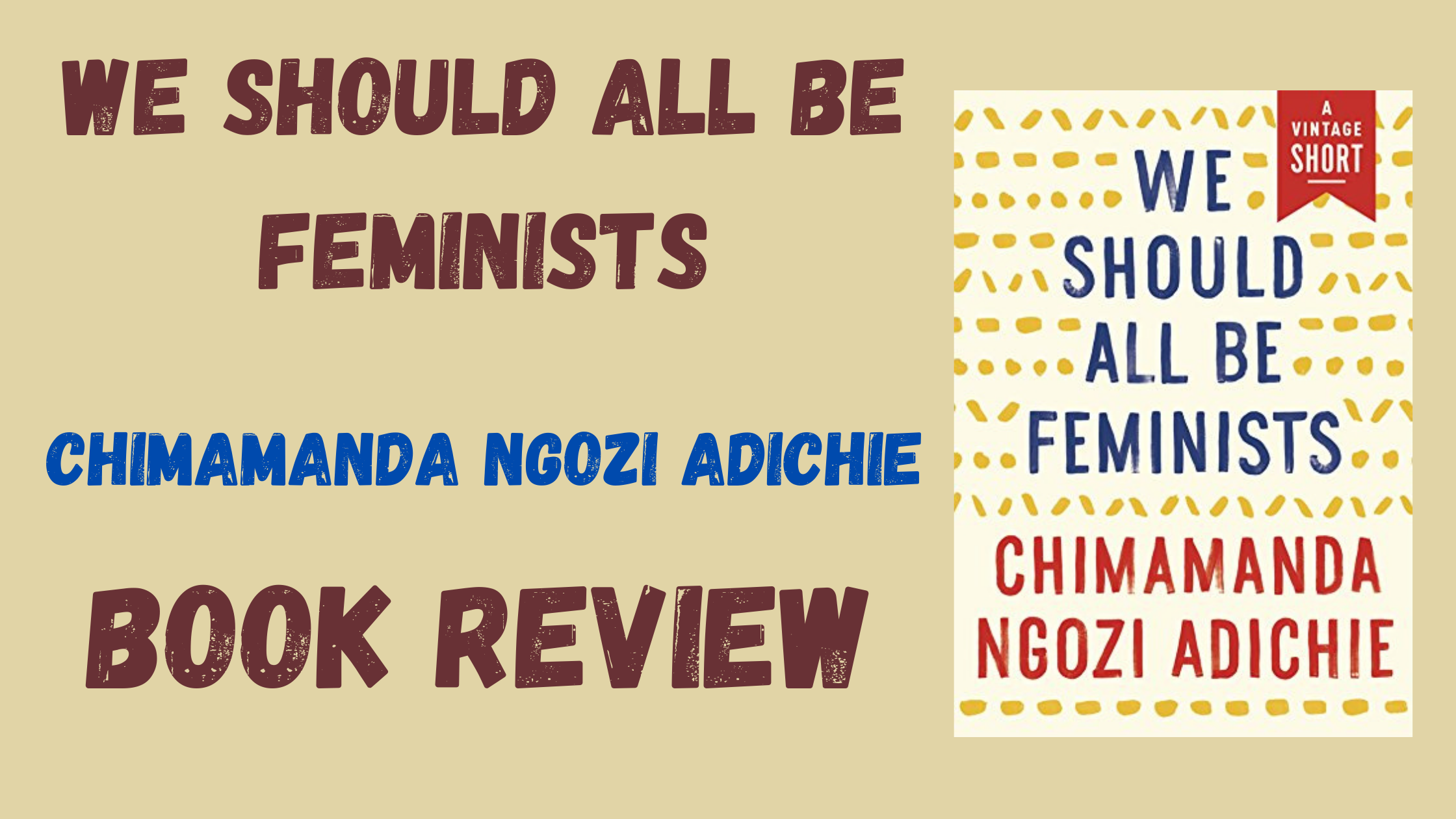 Since the start of the year, I have been consciously trying o diversify my reading by reading not just book about LGBTQIA+ characters and stories but about diverse topics. Important topics such as Feminism and culture.

There is nothing better than this book which is based on a TED Talk that Chimamanda gave. I hope you enjoy this review and check out the video on Youtube.

You might notice some ads in the middle of this post. Your girl is just trying to make some money, so check them out if you are interested. It helps out the blog!

We Should All Be Feminists by Chimamanda Ngozi Adichie This is a modified version of a talk she delivered at TEDxEuston in 2012. Since I have watched two of her most popular TED talks I have to encourage that you watch them. The first one was where she talked about the dangers of a single story and how sometimes unfounded stereotypes can blur a peoples perspective and more dangerously a whole culture’s narrative.

In this book, she highlights gender bias, the pay gap, the marginalization of women, the way women are brought up and how it differs vastly from men in Nigeria (and honestly it applies to every part of the world). She goes on how potent and harmful the gender divide is and how it results in men who have fragile egos and women who are raised to cater to men’s fragile egos.
I will extract a few points she made:

“likeable trait”: Women are supposed to have a likeable trait that would make them accepted by men and the general public. However, they would only have this specific misgendered trait when they hide and do things that are in service to the men.

“raising boys”: It is no secret that the way boys are raised is different from the way girls her. ‘Sowing wild Oats’ for boys is a term that is generally accepting from almost the dawn of time, however, god forbid a girl does the same, she is labelled ‘whore’ ‘slut’ e.t.c. Chimamanda rightly said, who are the boys sowing their oats with. Boys are raised with the ambition to be manly and sometimes it is done by ‘stifling their humanity’ and this masculinity is sometimes a narrow construct that keeps boys in its cage.

“Aspire to Marry”: As I myself have been receiving so many messages and pressure from my family to get married, I can relate. It is the topic of every conversation, there are no congratulations on academic or even business success that it not toned down by admonishment of marriage. Marriage can be great but women are sometimes pressured to make a bad decision.

“Cooking”: this has always been a funny one for me. My mother raised my brother and me to cook. it is simply ‘if you are hungry, go and cook’ We both grew up cooking so for mothers to make cooking the duty of the girl is just outdated and honestly detrimental to the boy. Imagine not being able to cook. Chi rightfully said “cooking, by the way, is a useful and practical life skill for a boy to have-I’ve never thought it made much sense to leave such a crucial thing-the ability to nourish oneself in the hands of others”

“Culture”: there is one thing that almost is the consensus amongst Africans, we believe that women being subservient is the culture. But culture is constantly changing and what is culture if it is not there to serve the people. I mean there was a time in our history when it was the culture to kill twins or to bury living people with the king because it was the belief that he needed to be served even in death. Culture is created by the people, to serve the people. If it no longer serves its purpose it needs to change to adapt.