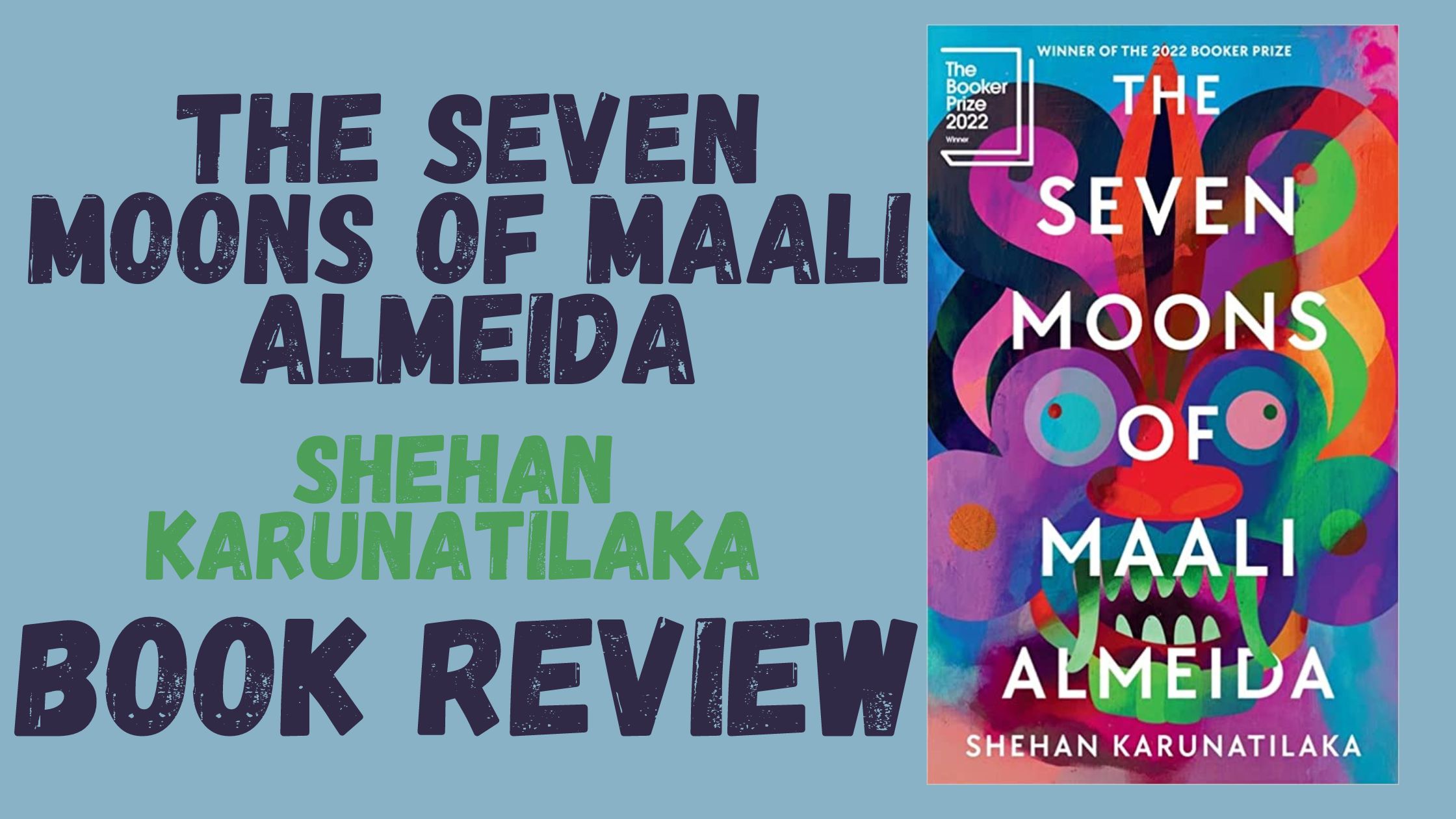 This book won the Booker Prize for 2022 and I had to jump on it quickly. It was so amazing to read. This book was absolutely electric, and I cannot talk about it enough. I have kept my review short and I have opted for quotes from the book as they do a better job encapsulating the excellence of this story. We follow Maali Almeida (a war photographer, gambler, closet gay, lover, son and friend) who has just realised that he is dead and is currently at an office that manages the affairs of the dead (basically they ensure that the dead walk into the light). We see that in this office that he finds himself, he is currently grappling with the fact that he is dead and he has no idea who killed him. As a war photographer in Sri Lanka during the civil war, he has seen a lot and has taken a lot of pictures that definitely put in the radar of very powerful people in the regime, so him dying is not the surprise (at least to him).

In the celestial office, he meets other prominent figures who died fighting the good fight of freedom and representation. He is told that he has seven moons to get ready to be transported to his final journey, but he still has a lot to do. Deciding to seek him from people in the celestial office who have gained powers to speak to the living and make little interferences in the living world, he hopes that the pictures he took and have hidden would help change the trajectory of the war in Sri Lanka.

“The heave of humanity is never picturesque”

“They tell you that injustice is part of some grand plan. And that’s what keeps you from rising against it”

“Evil is not what we should fear. Creatures with power acting in their own interest: that is what should make us shudder.”

“Memory comes to you in bodily ailments. In sneezes, in aches, in scratches and in itches. Strange, as you no longer have a body, though maybe the hypnotists are right; maybe pain and pleasure reside only in the mind. Memories come to you in gasps and chokes and loose motions.”

“Is God unable to stop evil? or unwilling?”

“Magic isn’t evil or good. Or black or white. it is like the universe, like every missing God. Powerful and supremely indifferent.”

“Our ancestors have literally been demonised…. History is people with ships and weapons wiping out those who forgot to invent them. Every civilisation begins with a genocide. It is the rule of the universe. The immutable law of the jungle, even this one made of concrete. You can see it in the movement of the stars, and in the dance of every atom. The rich will enslave the penniless. The strong will crush the weak.”

“Do not be afraid of demons; it is the living we should fear. Human horrors trump anything that Hollywood or the afterlife can conjure. Always remember this when you encounter a wild animal or a stray spirit. They are not as dangerous as you”

“You know why the battle of good vs evil is so one-sided, Malin? Because evil is better organised, better equipped and better paid. It is not monsters or yakas or demons we should fear. Organised collectives of evil doers who think they are performing the work of the righteous. That is what should make us shudder”

“Humans believe they make their own thoughts and possess their own will. This is yet another placebo that we swallow after birth. Thoughts are whispers that come from without as well as within. They can no more be controlled than the wind. Whispers will blow across your mind at all times, and you will succumb to more of them than you think.”

“Ghosts are invisible to those with breath, invisible like guilt or gravity or electricity or thoughts. Thousands of unseen hands direct the course of every life. And those being directed call it God or karma or dumb luck or other less than accurate names.”

I have highlighted some of the quotes from this book that really spoke to me and in a sense captured the essence of this book. This book explored themes such as fear, righteousness (or at least the pretence of righteousness), religion, faith, death, hope, subjugation, love, identity and the ever-changing universe and the role of mankind in it.

One thought on “The Seven Moons of Maali Almeida || REVIEW”