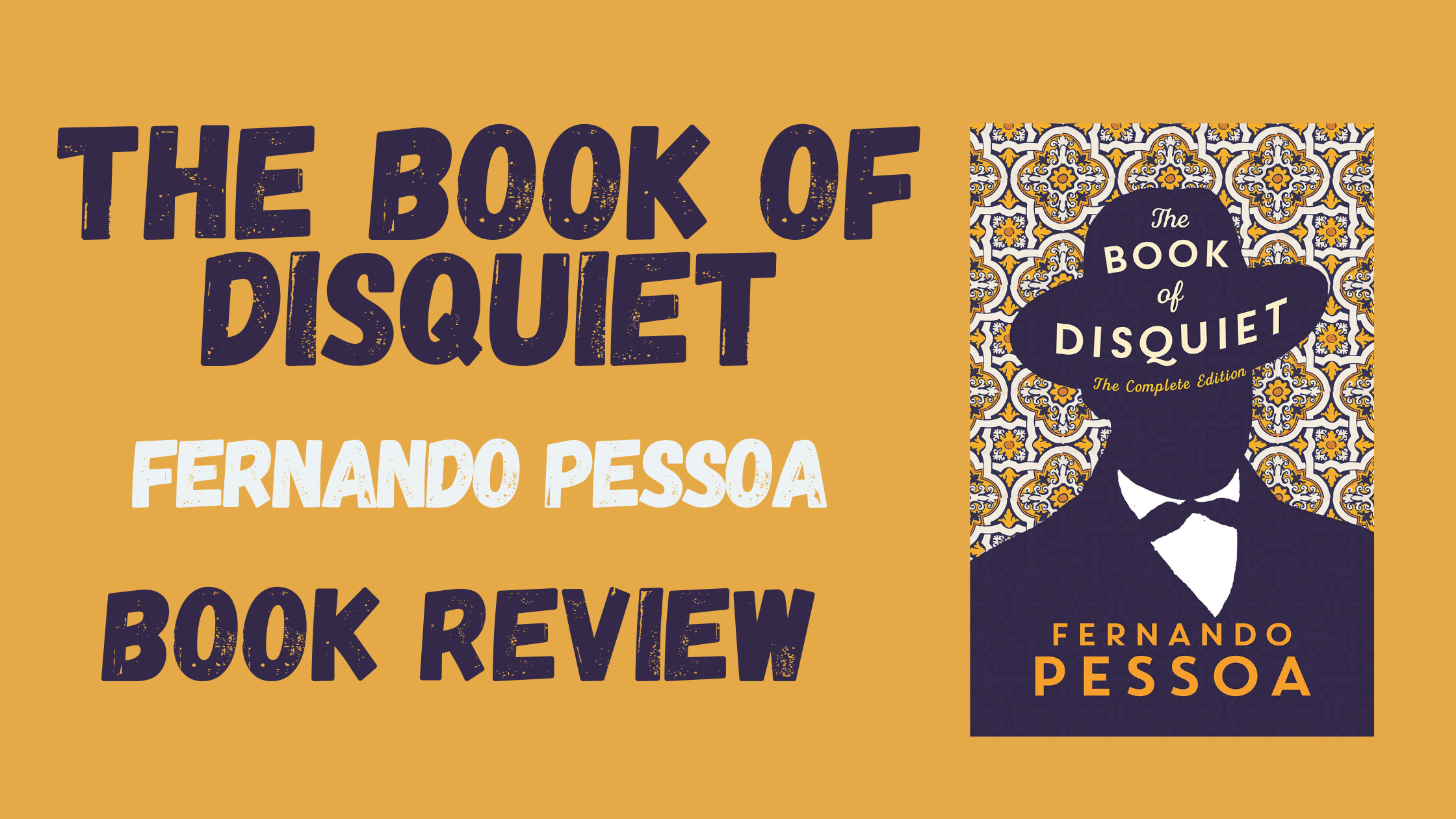 I cannot recommend this book enough, it is so eye opening and so underrated considering I have never heard or seen it on bookstagram or book tube. I probably will not stop talking about him until I need another of his works! Title: The Book of Disquiet

This book is one of the best books I have ever read! and I know that is a grand statement considering that I always talk shit about books that remotely sound pretentious. Fernando Pessoa, in this case Bernardo Soares who is one of Pessoa semi-Heteronyms, sound like a pretentious asshole with a stick up his ass BUT and this is a huge BUT, he is honest and his honesty is almost shocking. I mean he basically believes that as humans we waste our time worrying over so many irrelevant things that in so doing make our existence irrelevant. BUT he is right. He is honest about not wanting to be given gifts because he knows he has to give a gift in return. He doesn’t want to be caught up in the infinitival politics of gift giving because it maintains a balance! He might seem an asshole but this is how I also feel. I do not want to owe you something in return but, it is the way of the world even if the gift giver claims not to expect anything in return.

I mean the fact that I have to justify my reason for not caring about the politics of gift giving is another example of how we waste irrelevant time. Pessoa goes further to conceptualize how time is measured. Why it might do more with finance than ageing. I am not big brained enough to explain this concept (suggest you read the book)

This book continually use ‘dreams’ as a way to explain Pessoa’s view of the world. The ones that he claims to create and the ones that he tries not to play a part in,  but fails because the world requires it of him. Other themes that this collection explores include, freedom, government & religion, death, relationship and longevity. He talks about feminism, love and marriage, he didn’t shy away from his thoughts on women sexuality and power over men. It was quite fascinating to read his thoughts on women cheating in a relationships by substituting their husband with someone else. I mean Pessoa was getting too juicy with his musings and I loved that for him.

One thing that I can say is that despite the fact that Bernardo Soares seemed not to have any relationship of his own, he thought a lot about relationships and not just sex like a lot of men do, Soares included. He thought a lot about Love. The big letter L love. He might have come off a lot as a jaded or jilted lover but he was never really bitter. It was almost a sorrowful reflection of his idea of love considering he never claimed to have had one. At least one that mattered a lot to him (doubtful). There is a section in the book titled “The River of Possession” he described love as seeking and giving happiness and that in some way leads to obsession. The drive to possess another person and in so doing, most people forget to possess themselves. In obsessively searching for love, the seeker forgets to possess himself. If I remember correctly he goes The greatest love, therefore, is death or oblivion or renunciation. I mean, mind blown.

In the second phase he was focused more on spirituality and the knowledge of oneself. Building on the dreams, self-reflection, self-consciousness, the insubstantial use of grammar in expressing oneself. Basically the idea is that, in describing something, said thing loses its meaning in grammar and language. Not every emotion can be explained, in attempting to convey the emotion, it is either understated, over-exaggerated or loses it substance entirely.

I could go on and on with this book but I will like to finish on Freedom, through out the book, ‘freedom of thought’ and ‘freedom from thought’ both play a big role in how Soares pictured the world around him and the one he tries to create in his dreams. He never fails to create worlds in his dreams but, he never actually does and any miniscule layout of a dream, become squashed by what I conceptualize as freedom from thought. You can never really be free from thoughts that come based on the world outside of your dreams. Because they create the pillar to which your dreams take place (I might have gone a bit co co in the head but that is what I think). But it seems I am on a similar wave length with Soares, because he states Freedom is the possibility of isolation, i.e., when you can do everything on your own, when you do not have to rely on anyone or anything for either money, conversation, companionship, comfort etc.. then truly are you free. This makes it almost impossible to achieve Freedom, because true freedom is to have, with never having to take or give.

I will highly recommend this book!

Thanks for reading. I hope you pick up a copy