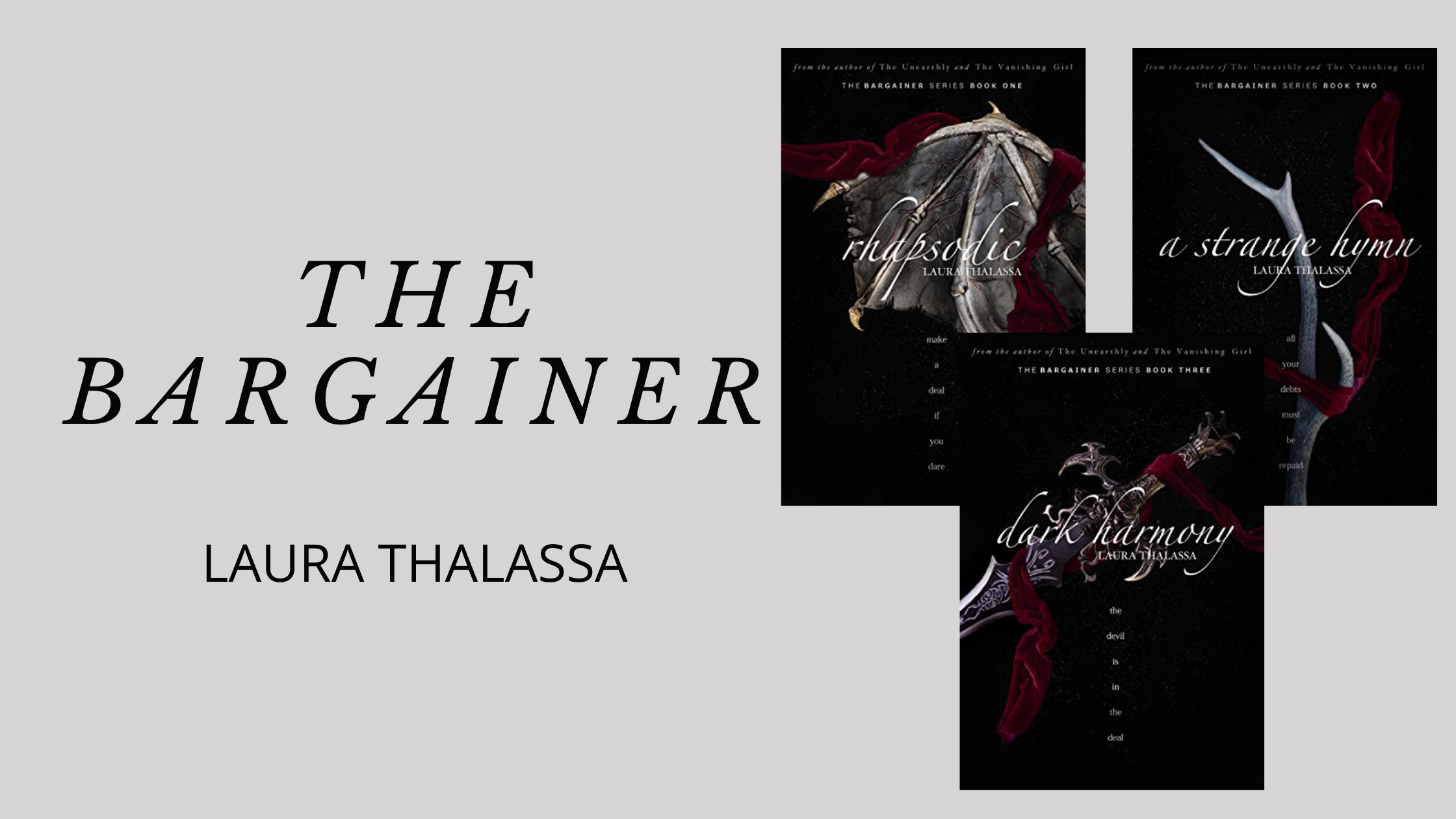 TikTok made me read this book series and I am glad that I did. I binge-read the whole series in a weekend and I am now a Des Flynn enthusiast and

You might notice ads in the middle of this post. Your girl is just trying to make some money. So check them out if you are interested. It helps out the blog! As I am reviewing the first book after completing the entire series, I have to say that I enjoyed this series a lot more than I thought I would. Sure, it seems a bit overhyped on TikTok but I would agree that it contains everything necessary from an Adult Fantasy.

I gave this book 3.5 out of 5 stars because it was interesting and the concept was new but they was something just underdeveloped about the characters and the limited number of characters. The fantasy world just seemed so limited. We are introduced to lots of people but they have no depth and consequence in the grand scheme of things.

Starting with this book, we follow Calypso Lillis who is a Siren who runs a business with her best friend. They are basically problem solvers and they are well known in both the supernatural and human world. Over the past seven years, she seems to have been unconsciously waiting for someone/something who left a big hole in her heart and a number of bracelets made of black beads up her arm. Each bead representing a debt she owes the Bargainer. That is until one day he turns up at her house and he seems ready to collect on her debt.

The Bargainer while very popular on earth as someone capable of granting almost any favour. He is a King in the Otherworld. Seven years ago, he granted her a wish, that involved him cleaning up after she stabbed her stepfather in the neck. He stayed with her and she started to rely on him, until one day she made a wish that cursed them to be apart (trying to avoid spoilers). Anyway, he is back in her life and he hopes that he can convince her to be with him under the guise that he needs her to help solve a problem in his Kingdom.

I really enjoyed reading this book! This has to be one of my favourite book in the series. Usually, the middle book in a trilogy is always filled with filler content and just the authors explaining and laying the groundwork for the final book in the series. But in this book, while there was a lot of world-building and influx of characters it did not feel like a filler book. it was exciting to read and it made me love Desmond Flynn a lot more.

After Desmond saved Callie who was kidnapped by Karnon, the mad King (which actually lead to the death of Karnon but Des was mad pissed that someone took his soulmate!). During her time in the twisted prison, Karnon turns her into a fae-like creature with wings and scales and she does not know what to do with herself. At first, she would give anything to have it gone because she felt like a monster then she began to fall in love with it.

As the fae celebration began, Callie has to make an appearance with Dess at the Kingdom of Flora as the soulmate of the King of Night. Once they arrive at Flora she begins to understand the rules of the court and how humans are treated as slaves. The Kingdom of Flora itself hides a dangerous secret with one hiding in the centre of the kingdom, the husband of the Queen.

So many things are happening at the same time, missing guardsman, bleeding trees, green man, flogging, Des going ballistic, and people buried in trees. It is all just great and I can say that I have never read anything like it.

The Emperor of Evening Stars Hands down my favourite book in the series, and not just because I get a bit more of Des Flynn but because we get a lot of depth to certain characters that play in tangential role in the series. These characters might have not been physically present in the book but the impact they have on Des as a character is felt through the whole series.

We get to read about Des’s mother and how strong she was. How she taught Des to control his feeling so that he does not end up like his father who felt he had to kill all his offspring in other to avoid a prophecy of one of them killing him.

Then we get to see Des grow from a boy with hate and revenge in his heart for his father to one that hopes for and searches for his soulmate. One that has been revealed to him to be human. Humans are viewed by the fae as not more than slaves.

He gets to meet human and some left deep impressions that he began to change his view about him. Then he met Callie and his struggle with want he wants from and with her and his consciousness of her age and the barrier that caused. Till her wish that his magic fulfilled for the cost of seven lonely years.
It was short but it was a great novella. Okay, this was my least favourite in the series and I gave it 3.5 out of 5 stars. A lot happened but at the same time, it felt too rushed.

First, there are two men of the dark causing havoc. One is Des’s father who happens to be back from the dead and another is an ancient force who believes he can have anything and everything he wants. The both of them have made a pact. An ancient who can manipulate and haunt dreams, he has been haunting Callie and it seems he has a plan to bring her to where he is. But Des also has a plan to use the shadows he listens to help him.

When all the sleeping men and women wake and they start to lay ruins to the kingdoms with only the Kingdom of Night and the Kingdom of Day left standing. They have to join hands together to get past the darkness that seems to be overshadowing the kingdom.

It is best if I do not share anything more because of SPOILERS. Everything happening in this book was so intense but it was resolved almost too easily. I mean when the two men were defeat I could not stop thinking ‘That was it!’ and it was happy ever after for my favourite characters.