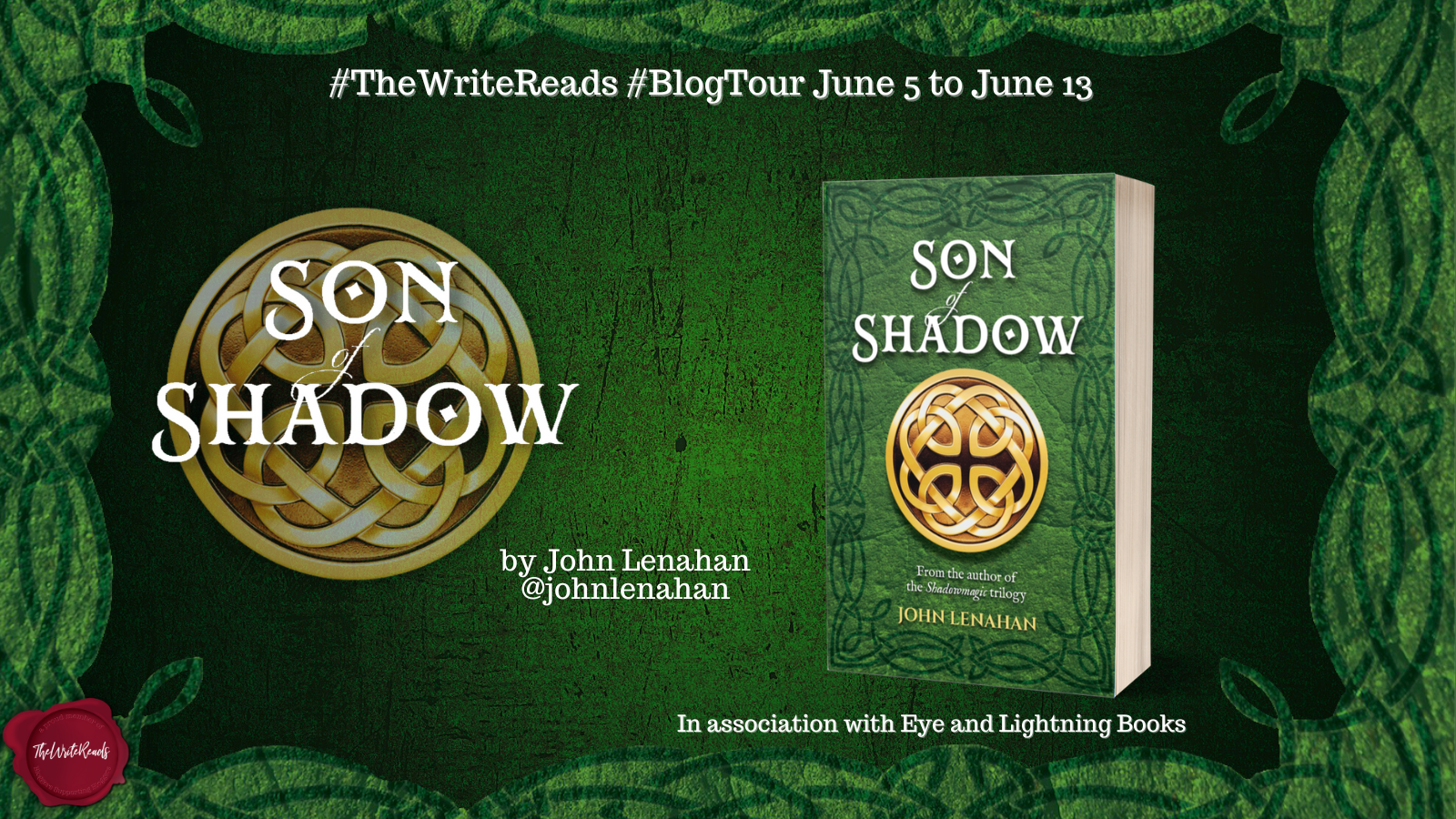 I am always excited to join #thewritereads for a book tour. Thanks to Lightning Books for sending me a copy of this book. Its been a while since I read a fantasy book and this was just the perfect one to pick. It beautiful merges the magical world of Tir na Nog and the real world, and John did such a good job showing us the impression characters had of this switch. It was really interesting. A world of faeries, leprechauns and dragons – and magic fuelled by the blood of trees.

A mystery portal to the Real World.

And a pair of curious young adventurers who know they shouldn’t step through it…
Meet Fergal the Second, nicknamed ‘two’. Or ‘Doe’, in his own language. He can do magic. But, for the moment, he’s forgotten where he’s from. Or what’s happened to his blind friend Ruby.

He’s actually from Tir na Nog, the enchanted world of Shadowmagic, where a new generation of the royal House of Duir are cheeking their parents, preparing for adulthood and itching to see the Real World for themselves – whatever the peril.

Let me start by saying that it is probably best to go into this book with as little information as possible, so I will try to keep the spoilers to a minimum. This book was quite easy for me to fall into, considering its been a while since I read a fantasy. It might be due mostly to the perfect blend between the magical world of Tir na Nog and our current reality. I do wish I had read the original Shadowmagic series first but I do not think that I missed out of a lot of things because of that. There was a brief but detailed description of the three books in the Shadowmagic Trilogy at the beginning of the book which really helped set the tone for the rest of the book. Having now read this book, I will 100% be checking out the original series.

Son of Shadow is broken into three parts. In the first part titled Amnesia, we follow Doe finds himself in Scranton but no recollection of how and why he is there. The only thing he can piece together from his fragmented memory is that he needs to find ‘The Hibernian”. We follow him as he tries to use what little of his memory to navigate a world full of cars, signs and people so different from what he imagines. He is held in a mental institution where he realises that he has magical powers and he also meets Sarah who seems to have magic like he does. He goes on an adventure to find the “The Hibernian” which he does and that lead us to the second book where he begins to regain his memory and his actual purpose for being in the real world when Tir na Nog (a world filled with magical creatures you are imagine from faeries to dragons) is on the brink of political collapse (more of which I think we will get in the next book). And finally the most thrilling fast paced battles-over-portal travels, and this part still gets me …

I looked around for someone to come to my aid. Someone to say, ‘You don’t have to if you don’t want to,’ but there was none of that in this room.

I really enjoyed this book. It was very fast paced which I really liked. There was such a great cast of characters, while I really loved the over landscape and the way John was able to just breath life into every description, it has to be said that the characters were the real marvel for me. A collection of great strong female characters which is a lot better than a lot of fantasy novels that just have characters that make the most insane decisions. I do wish that the characters were explored a bit more and I do think that Doe’s amnesia played a part in how he described or viewed them.

If you are looking for a fast paced fantasy novel with amazing world building, magic system and characters then this is the one you should be reading. JOHN LENAHAN, whose Shadowmagic trilogy sold more than 100,000 copies, takes us back to his enchanted parallel world where Irish folk myth combines with lively 21st-century banter.

The first in the new trilogy, Son of Shadow, takes up the story in the next generation. It opens in Scranton, Pennsylvania, where teenage princeling Doe – son of the hero of the original trilogy – is arrested for making a gold coin disappear at a magicians’ convention. He has lost his memory while following his abducted friend Ruby into the Real World.

Born in Philadelphia but long settled in the UK, Lenahan is an acclaimed magician and TV performer. He fronted his own BBC2 magic series Stuff the White Rabbit, played the voice of the toaster in Red Dwarf and has appeared on a wide range of entertainment shows including TFI Friday, Comedy Café and Celebrity Squares.

He is a member of the exclusive Magic Circle.