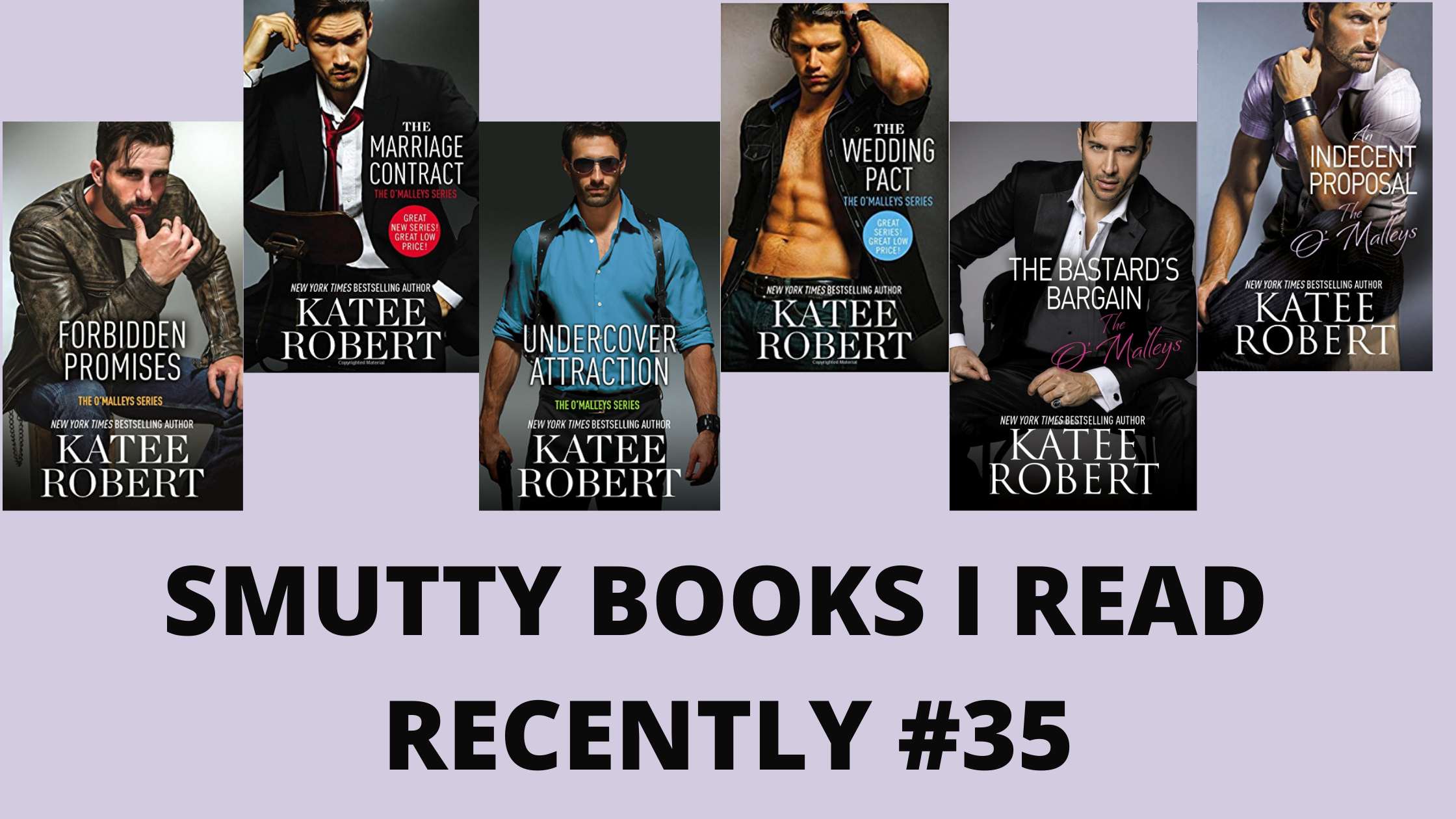 We are going a bit thirsty with this post. I basically binged this series by Katee Roberts after reading Neon Gods a few months ago. I fell into the Katee Roberts hole and now I am just hungry for smutty books! I will do everything in my power not to spoil the entire series since I read it all in one weekend.

Steamy AF but not as steamy as the next books in the series.
After Callie kills her intended, a new one is found for her. Teague O’Malley, the second son of Boston underground gang/mafia has to do right by the family and marry Callie. He does not expect anything from Callie until he meets her and they end up kissing at their engagement party and she realises that he wants more.
The major conflict in this book, the man Callie killed, a Halloran has family who are notorious and the want their brother’s killer found! Review
With the Hallorans declaring war on the O’Malleys which results in the death of Devlin O’Malley, the last time Carrigan think would happen, is falling in love the her kidnapper, James Halloran.
He wants her and she still blames him for the death of her brother but fate has a way of always bringing them together.
Ends with Carrigan being disowned but at least she got that d***
lol
Rating
I gave this 3 out of 5 stars
An Indecent Proposal Review
After the death of Devlin, Cillian cannot stop blaming himself. He relives the night his brother was shot every minute of everyday. His panic attacks have not stopped and the only places he seems to have any peace is the last place he and his brothers where happen. A bar. This is where he meets Olivia, the bartender who does not give into his shit. They have a very steamy, dirty smash against a wall in an alley and he soon could not stop thinking about her.The only problem is that the father of her child wants to get back together and he is willing to kill, kidnap and maim to do it. Also she is the sister of the Russian Mobster who rules New York.
This book was intense. More intense than the last too, not in the sex but in the killings and the way it places you at the edge of your seat.
Rating
I gave this 3.5 out of 5 stars
Forbidden Promises This has to be my least favourite in the series. While I enjoy reading books set in small towns, we didn’t get to see the town. Sloan O’Malley was able to run away from the family to hide away and start a new life in a small town where no one knows her. Only now she has meet the guy next-door and has it always is in fiction, he is hot and brooding (why don’t I have one of those – all I have are old white men, I can’t😒)

Anyways, Jude might be hot but he is after one thing (okay into her panties also) which is killing the people that ended his family. Sloan might be caught in the crossfire.

One thing I really like about this book was that she being a virgin was not some where kink for Jude. I have read so many books with virgins that you immediately can tell that the author has some puritanical fetish. Just saying. Katee is one nasty woman and I love that for her because she feeds me. Here we follow Aiden who is now the head of the O’Malley family after his family retired to hide away. He is trying everything to keep his family stable and away from police investigation has much as possible. He is also trying to double cross the Russian and we know how that always goes. This time he has recruited the help of ex-police officer who was wrongfully accused of being a bad cop. A plot that was made by the Russian.

I did not really enjoy this story because I was really expecting more from Aiden story. I mean the guy is supposedly has ruthless has his father but the book was not giving me ruthless. Their sex scenes were hot but not has hot has the next book (read my review of the final book next Review
This book is the hottest in the entire series. I have been itching to find out more about Dimitri and while he has been a staple in the series, we never really get much of him. He is ruthless and I like that for him but really he is just a big softie for his niece.
Dimitri meet Kiera O’Malley at a club (honestly more like a sex dungeon) and after she managed to give him a boner and make off with his wallet and watch (I think) he has been attracted to her and he has plans to make her his. He has to do it fast before she drinks herself to death.Kiera has been on a downward spiral since the death of her beloved brother, she has not spent a day sober since it means dealing with her emotions. She has stopped doing the things that she loves. She has thrown herself at Dimitri more times than she wishes to admit but he has turned her down every time. He seems to be the only one that cares about her.This was my favourite book in the whole series not just because of the extremely sexy sex but because of the way it explored grief, addiction, withdrawal, death and relationships. And did I say that there is an Age gap because there is an age gap and in no way did it turn into a fetish. There was no ‘baby girl’ and the other similarly annoying and disgusting pet names!
Rating
I gave this book 4.2 out of 5 stars
Thanks for reading.