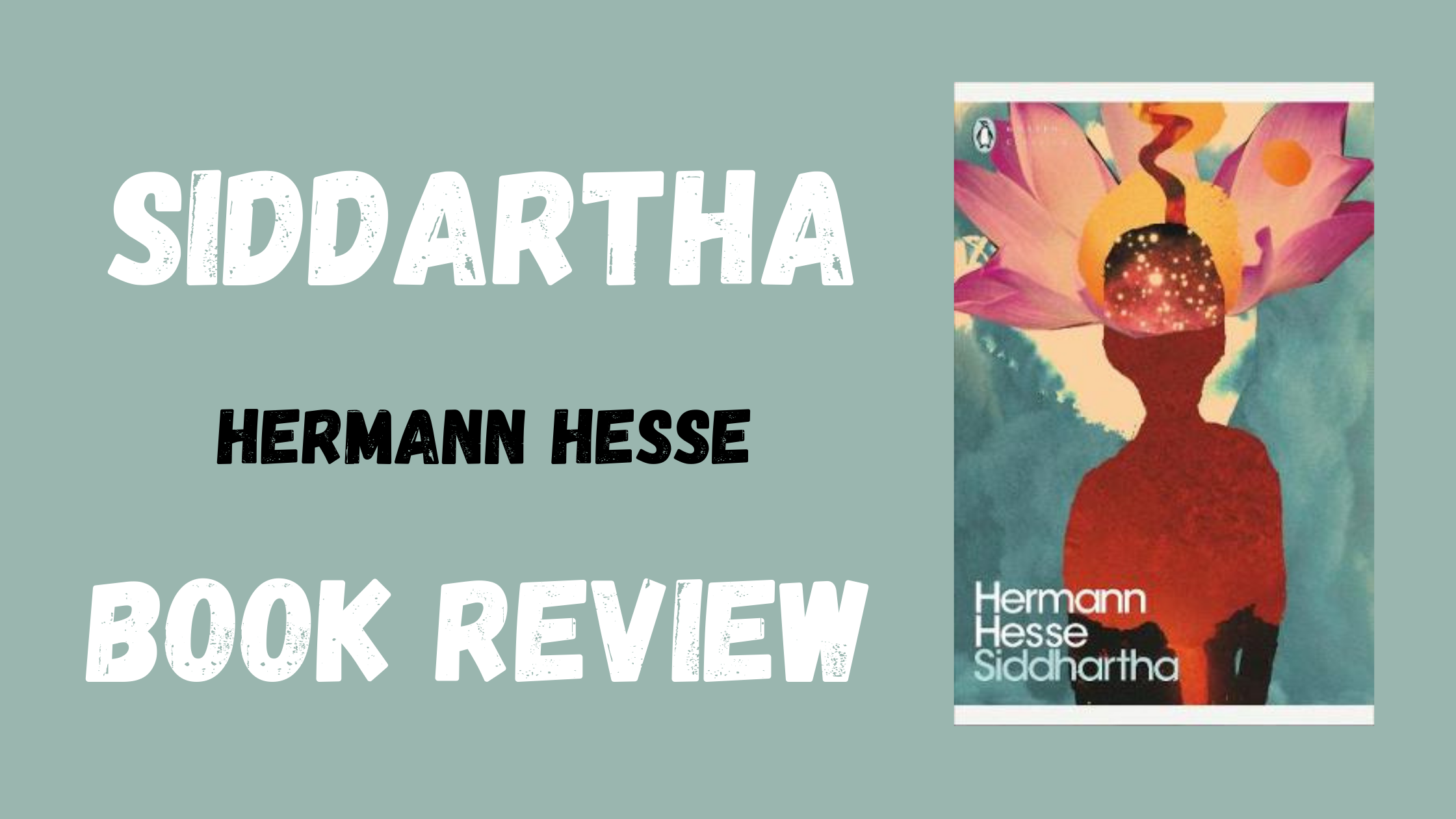 You can probably find an intensive review of this book on youtube. I suggest you check out Thug Notes Video. However, I want to review my personal relationship with this book.

Hesse is an author that I really love to read because of his capacity to explore one’s personal journey. He is capable of isolating emotions and the general noise of things outside of oneself and at the same time link it to one’s relationship with the universe. In Siddartha, we follow Siddartha son of a wealthy Indian Brahmin, who decides to leave home with his friend (Govinda) in search of enlightenment. He spends some time with different people, even Budda but he later found out that he could not learn from these people. He went through different stages until he got to the river where he meets Vasudeva. He lives with him for a while until he meets again Kamala who had been pregnant with his son when he left her. His son rebelled and chose to go back to town where he could be with things he was familiar with. This is when Siddartha is faced with the reality of life. He finally understands and finds enlightenment and meaning he has been searching for all his life.

Personally, I think he going through different phases of search is part of his enlightenment. Not that it would be the same for everyone but the fact that the culmination of his experiences helped him listen closely and clearly. It was not about starving his stomach, it was not about wearing rags, it was not about being penniless. It was more about been open and willing to see what you are not searching for.

When someone is seeking something, their eyes are always on the goal and they forget to see or absorb things because they are absorbed and obsessed with their goal. So even when you attain your goal you realize that you have lost so much more on the way to it. Obsession over goals does not allow a person to be receptive to meaning outside of one’s goals. Like Siddartha said to Govinda when he came to ask him for wisdom and how he also could be enlightened

“perhaps you seek too much, that as a result of your seeking you cannot find”

I think the real enlightenment Siddartha had was that he seemed to finally understand what it means to be human/ his relationship with himself and things in the world. The formally trivial things hold more importance and symbolism. Which at the end of the day is what makes life worth living. When he became conscious of the unity of all life.

“Within Siddartha, there slowly grew and ripened the knowledge of what wisdom really was and the goal of his long seeking. It was nothing but a preparation of the soul, a capacity, a secret art of thinking, feeling and breathing thoughts of unity at every moment of life… harmony, knowledge of the eternal perfection of the world and unity” This was his moment of enlightenment and fulfilment.

He experienced the happiness and release of finding oneself and like he said this is not something that can be taught, it is not communicable. Yes, someone else can see you and emulate a few things that you display but the totality of it cannot be taught, it has to be found.

I really enjoyed reading this book, because reading it was a journey in itself. For me, it just reminds me to go out and meet people. Share my life with others, it might lead to pain and suffering but if I do not understand those emotions that I will not really know what it means to be happy or fulfilled.

2 thoughts on “SIDDARTHA BY HERMANN HESSE”