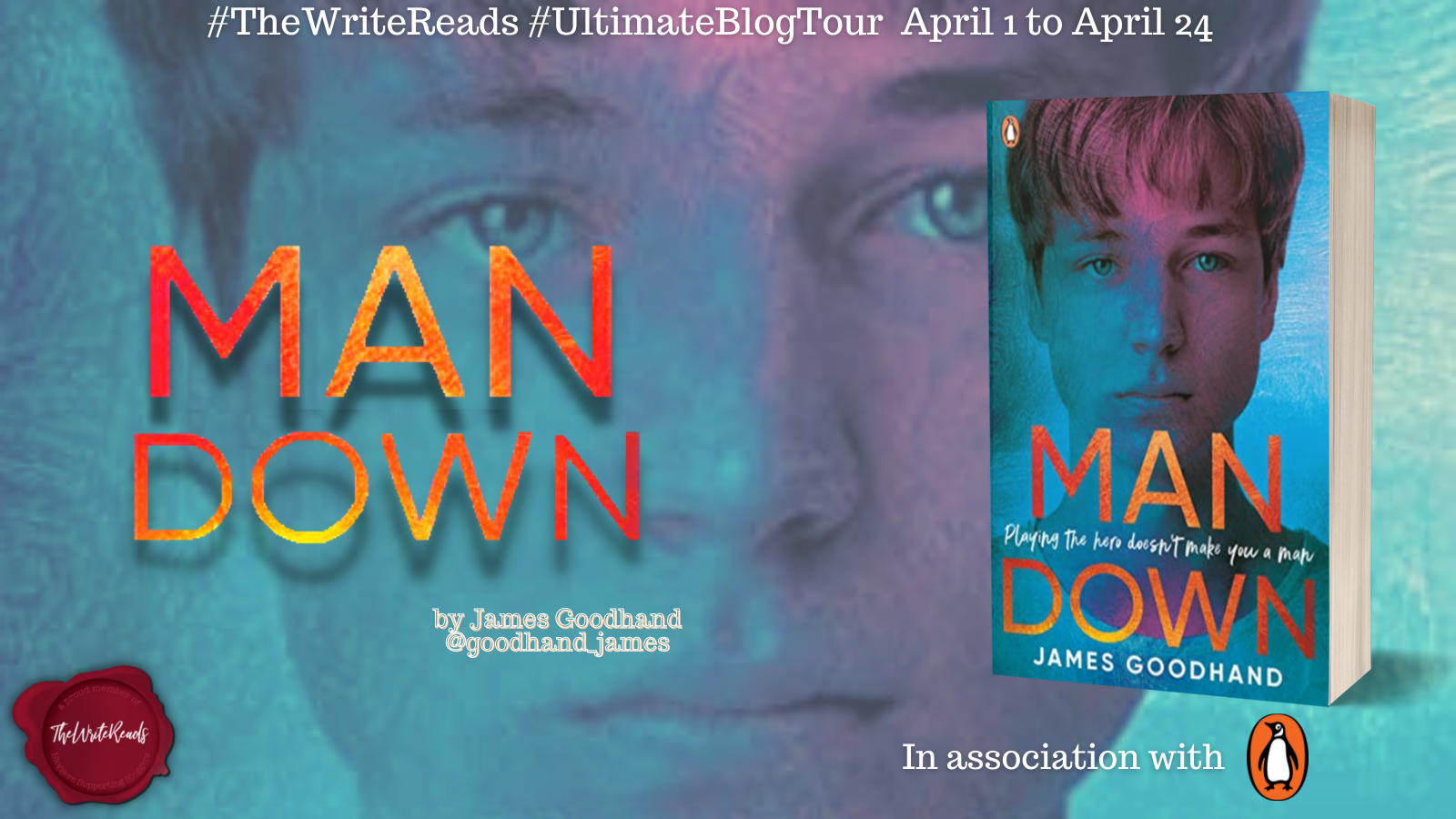 I am always excited to join #thewritereads for this book tour. Thanks to Penguin UK for sending a beautiful physical copy of this book to me. Let me start by saying that I finished this book in one day, neglecting all my other duties because of how easy it was for me to follow Will Parks as a character. He was such an introspective male character whose POV, I rarely ever see written in YA. I have not read a book like this before and I doubt I will ever read anything like this again. This book shines a spotlight on toxic masculinity and what it really means. I mean the title of this book is a whole complexity in itself. Man Down; we are used to hearing people tell guys to Man Up, usually when it comes to doing something associated with bravery that is typically coupled with misogyny and toxic masculinity. When we hear Man Down, it usually means that we have one less person, so in either case (Man Up or Man Down), there is a general assumption of masculine bravery or masculine generalization of the public. The title of this book captures the complexities of the emotions of Will Parks about masculinity, bravery and hero worship.

At the start of this book we meet Will Parks who unlike other men in his small town does not feel the need to join or start pub fights that could be solved with a simple apology. But people want a scene and when he doesn’t give them that he is a ‘pu**y’, not man enough. We see Will defy the norms, unwilling to put on a fake face of bravery despite everyone around him edging him to pretend, from the boys at school to his father and brother. You either fight or you are gay. This bring me to the second point, homophobia, I loved how James was able to reveal the strings between toxic masculinity and homophobia. From the ‘Bro’ jokes to the need to please, using Will’s own mother to highlight this fear was great.

With all this teenage things happening (GSCE’s, secondary school problems, friendships, love and his sudden attraction to another boy) to Will, he begins to notice that someone is watching him. People start walking up to him and thanking him for a act of bravery and kindness he doesn’t remember doing. With his beloved gran suddenly in the hospital, saying things that he doesn’t understand, warming him of something to come, Will is sure that something more is happening in the town. With his visions of the future, he knows that something is coming and he might be the only one to stop it. Will he be the hero the town need? can he even be the hero the town needs? He the overlooked? the underappreciated?

Until the very last moment when ‘Will Jumps’, he himself cannot believe that he choose to be the hero that no one remembers.

This book is certainly a heavy read but one I think a lot of people should read because it unveils not just the realities of toxic masculinity but the minute ways that we promote it and the devastating effect it can have not just on one life but an entire community.