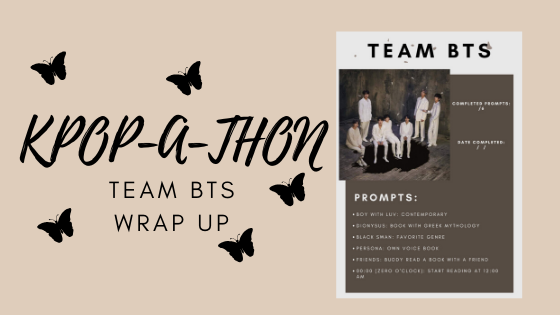 Thanks to NunuKz for creating this read-a-thon. It was so much fun to see the two things that I really like, merge together. I was not able to read some of the books that I planned to read for the challenges but I just felt it was right to upload my review even when I was unable to read all the books.

Get A Life, Chloe Brown by Talia Hibbert I have a review here GET A LIFE, CHLOE BROWN|| BOOK REVIEW This is a solid 4-star fluffy non-stressful book. I just realized that I don’t think I have ever read a romance book that is written by a male author. I need more of this.
Here we follow Jordan who is a romance novel reader and he is a member of a book club where he and his friends/ club members read romance books. However, he has been footing the bills for the failing club and the continued exit of the member has him disheartened. So one day when he is at a book shop looking for the next book tho be read by the book club he meets Rex. Rex turns his nose up at Jordan’s reading taste but Jordan sassy attitude has him hooked and he wants to know more about Jordan.
So, of course, he shows up at Jordan’s house asking to be allowed to join the book club, and as you can expect Jordan is suspicious but he doesn’t turn Rex’s fine ass aways and soon they are banging like bunnies.
There is a lot more packed into this rather short book as we see the main characters deal with homophobia, loss, and heartbreak. I just like this book because it didn’t waste time pulling the story, it was straight to the point just like I love my romance stories

The Trouble With Hating You by Sajni Patel This is more of a 3.5 out of 5 stars for me. I liked it but on the enjoyment level, it lacked a bit, Let me explain.
Liya is a successful Indian American biochemical engineer who as just been promoted to a senior position in the slowly dissolving company that she works in. (To add to the stereotype we have of Indians, she is the subject of an arranged marriage). We begin this book with her going to visit her parents for dinner (since she is living alone, which apparently is a taboo for an unmarried daughter to live alone, or rather it is against tradition) and immediately we see how much of a sexist asshole her father is, especially from the way he treats her mother (who is very subservient). Instead of a quiet un-eventful dinner with her parents, her father had called the man she was supposed to get married to, to join in the dinner, about which she was not told. (We could pick up that there was so unexplained tension between her and her father which was later addressed in the book)
Jay Shah is the perfect hot Indian man that her father wants her to get married to protect the family’s name. Jay is a lawyer who has taken the job of helping Liya’s struggling company which she didn’t know until the following week after the dinner setup.
Jay has his battles he is still struggling with after the death of his death, which he blames on himself and he has taken to carry the hefty burden on his broad shoulders (yes I am swooning) even when his mother and his brother Jahn as told him repeatedly it was not his fault.
Anyways as you can expect they finally meet again at work and he lays it thick on her ass and there is a lot of back and forth between the two of them, with her making it clear that she does not want to get married and he said that he doesn’t care about that he just want her not to push him away.

So the big elephant in the room that is this book is the fact that she was sexually assaulted by their community religious leader when she was a child and instead of her father to take her side as the victim, he decided to side with the rapist because he was trying to protect his social standing in my opinion and he is a shitty father. That aside throughout the book, there was just the looming slut-shaming of Liya that just frustrated me, just because she slept with a few guys (who apparently cannot keep their mouth shut) she was suddenly labeled a slut by the community.
Honestly, if the confrontation between the characters and Mukesh happened earlier in the book, I would have enjoyed this book better (just my opinion) because this information could have been built more about. The book felt a bit scattered and the chapters disorganized, I just felt as a reader that the story was all over the place. I would have like to know more about her friends, her father was too shallow, and her mother too submissive and oppressed (could have elaborated a bit).

All in all, I quite liked this book, it falls solidly in the new adult genre for me, it is a solid romance book. I was thinking it was a hate to love but it isn’t that, I didn’t feel the hate. Ava is living with her younger brother at a shelter (sort of) but she is fortunes to attend the prestigious Camden Prep while she believes would provide a better life for her and her brother in the future.
We start this book with her waking up in the forest not knowing how she got there but she sure knows that she has been raped but cannot remember anything. But she knows it has something to do with the Sharks party that she attended.
She was dating Chance who she felt was in love with her but apparently, the love they had was not enough for him to protect her.

She being raped was twisted by the students and she was made out to be the slut who was dancing with so many guys are the party and she supposedly destroyed the Sharks reputation.
But after all these, she decides that going back to Camden Prep, and that is where the story picks up with Knox who is the scarred quarterback who without her knowledge has been leaving letters in her locker.
They start to flirt and soon they are both revealing each other’s traumatic past and they can’t help but fall in love deeply. But when you think nothing could go wrong, Dane (Knox’s twin brother) begins to remember things about the party and how she was raped.

As you can expect things begin to shift and Knox doesn’t know who he should fight for, Ava a girl he loves, or his family that is about to fall apart. (A little complain here, why is the guy on the cover so handsome and I can barely see any scar on his face when she made it seem like the scar on his face was such a big deal)