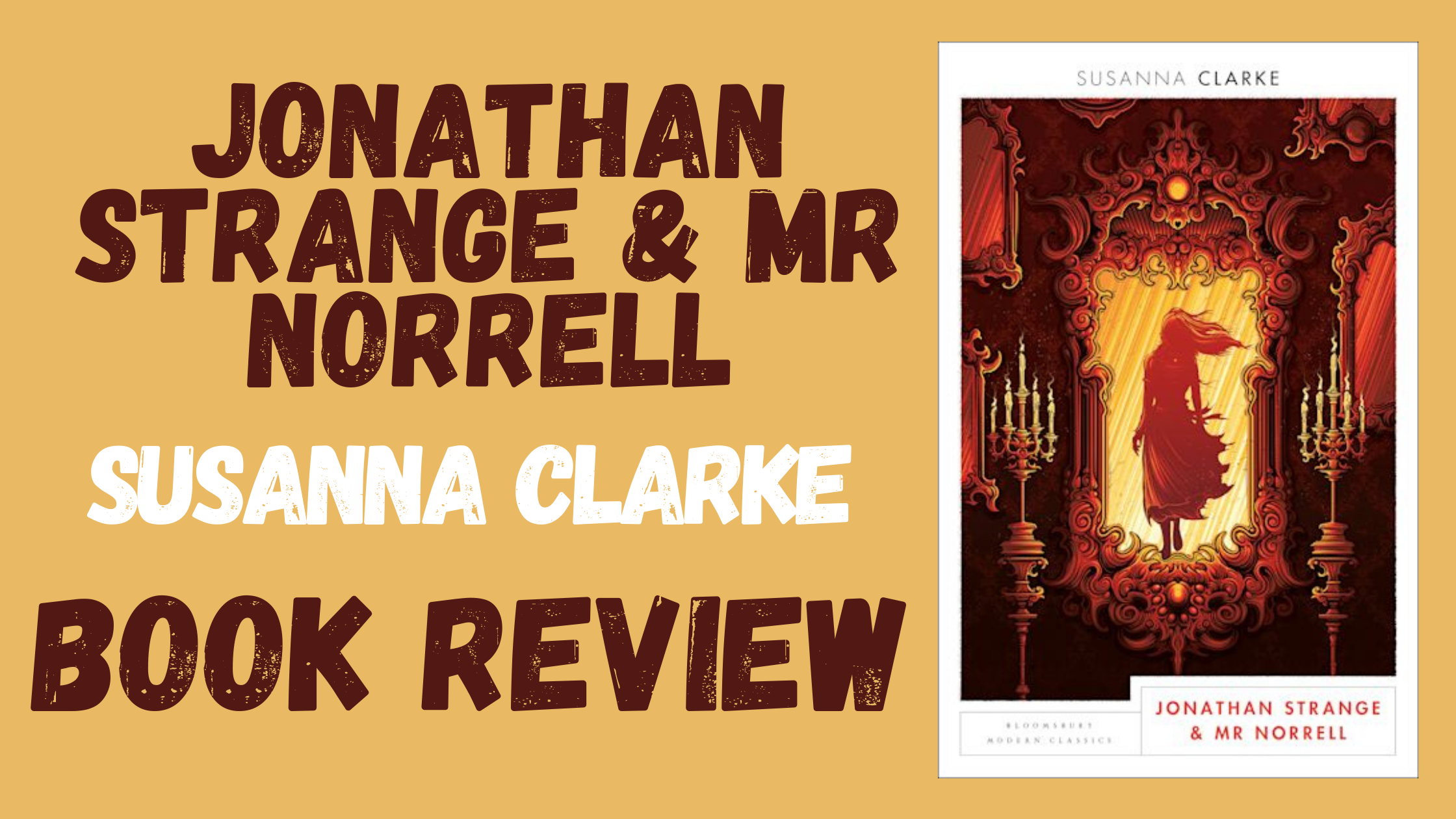 I CANNOT BELIEVE I FINISHED THIS BOOK! AND MORE IMPORTANTLY THAT I ENJOYED IT!

So rather than go in depth into this mammoth of a book, I will just highlight specific characters that were of particular interest to me as I went through the book. The first two, obviously, were Jonathan Strange and Mr Norrell. The other is a black butler names Stephen Black.

Jonathan Strange is one of the last practical magicians left in England, which basically means that unlike other magicians, theoretical magicians, who only know and learn about magic, he can actually use magic. He is taken under the tutelage of Mr Norrell who is the other practical magician left in England. Mr Norrell was hell bent on making sure that other people could call themselves magicians and that anyone who was a magician stemmed from him. So for most of the time Strange was ‘learning’ under Norrell, he was unable to use or get the highly valuable collection of magical books that Norrell had. Norrell definitely did not want Strange getting his hands on those books. Nonetheless, Strange was always in awe of Norrell not just because he had magic but because of his magical feats that involved him bring back to life a dead woman (necromancy). Of contention though was how he did it. Norrell pretends not to use or have respect for long dead English magicians who used black magic but he performing necromancy was what brought the storm both to himself and to Strange. Strange’s wife is killed and he finds himself lost in need to find a way to ‘make himself mad’ and he achieves that! – I will stop here to avoid spoilers.

Mr Norrell basically wants to be the magical authority in England. Unlike Strange, he does not want to bring other people into magic, he does not want to teach them, he cared about class and gender, he wanted magic to be a professor for the rich and educated and not for anyone underclass. So he went about his life holding unto that belief even when he has a past magic that hunts him. He does everything to prevent people from finding out that he also has used the powers of a fairy which is absolutely condemns others for using. There are so many self-righteous and annoying things that he did in this book that just drove me crazy. for example, when Strange wrote a book of magic, that was slightly in opposition to what Norrell thought, to be sold to the general public, Norrell did everything in his power to sabotage him and made all the books disappear. So all the people who bought the book would just find that their books have disappear, This part made me think a lot about media censorship and how his actions basically involved theft and not just that, insinuations that readers were not clever enough to understand the book or have enough “moral judgement to decide for themselves if the magic that Strange was describing was either bad or good”. So after this happened, Norrell began to lose favour with a lot of his powerful friends.

I could honestly go on and on about Norrell and his privilege but I have a more important character that I felt I needed to discuss.

Stephen Black is the butler of the lady Norrell raised from the dead. Soon after Miss Wintertowne, who later married Sir Walter Pole, was resurrected, strange things start to happen in the house. Some of the servants said they heard sad tunes, others see a tree, some have seen movements but Stephen just excused that as nonsense. Before I go further, Stephen as his name suggest is a Black man that has worked his way up to Butler, he is trusted by Sir Walter Pole but it was very hard for the other ‘white’ servants to accept his instructions but he was so good at his job that they soon had no choice but to respect him and obey him. However, they did not like him. One night, he sees a man in the house, thinking the man was a visitor of Sir Pole (even though he was not aware of anyone coming to visit him), he offers to help the man and the man his appreciative.

As it happens, the man is a fairy who had resurrected Miss Wintertowne and in return get half her life (I don’t want to spoil it). Anyways, the fairy takes Stephen to lavish balls that were in another world promising to make Stephen a king. All that aside there is this part of the book that got me thinking about Black men and their inability to associate with other Black men of lower status. When Stephen come across other Black people who are struggling, he choose not to assist them and not because he cannot afford to but because, and I quote, “He always took great care not to speak to, or in any way acknowledge, negros of low station. He feared that if he were seen speaking to such people it might be supposed that he had some connexion with them”. This is something that got me thinking about how important it is to pull people up. The division in the Black community is something, I think, makes us easier to conquer. We should be willing to pull other people up, create generational and community wealth and the only way of doing that is to help each other and not be more concerned with saving face.

Anyways, I really enjoyed this book and it discussions on pride, relationships, education, censorship, race & class, death, power, fear selfishness and misogyny. The writing is absolutely genius and the tone of the characters and their dissections was just interesting and amazing conversation starters