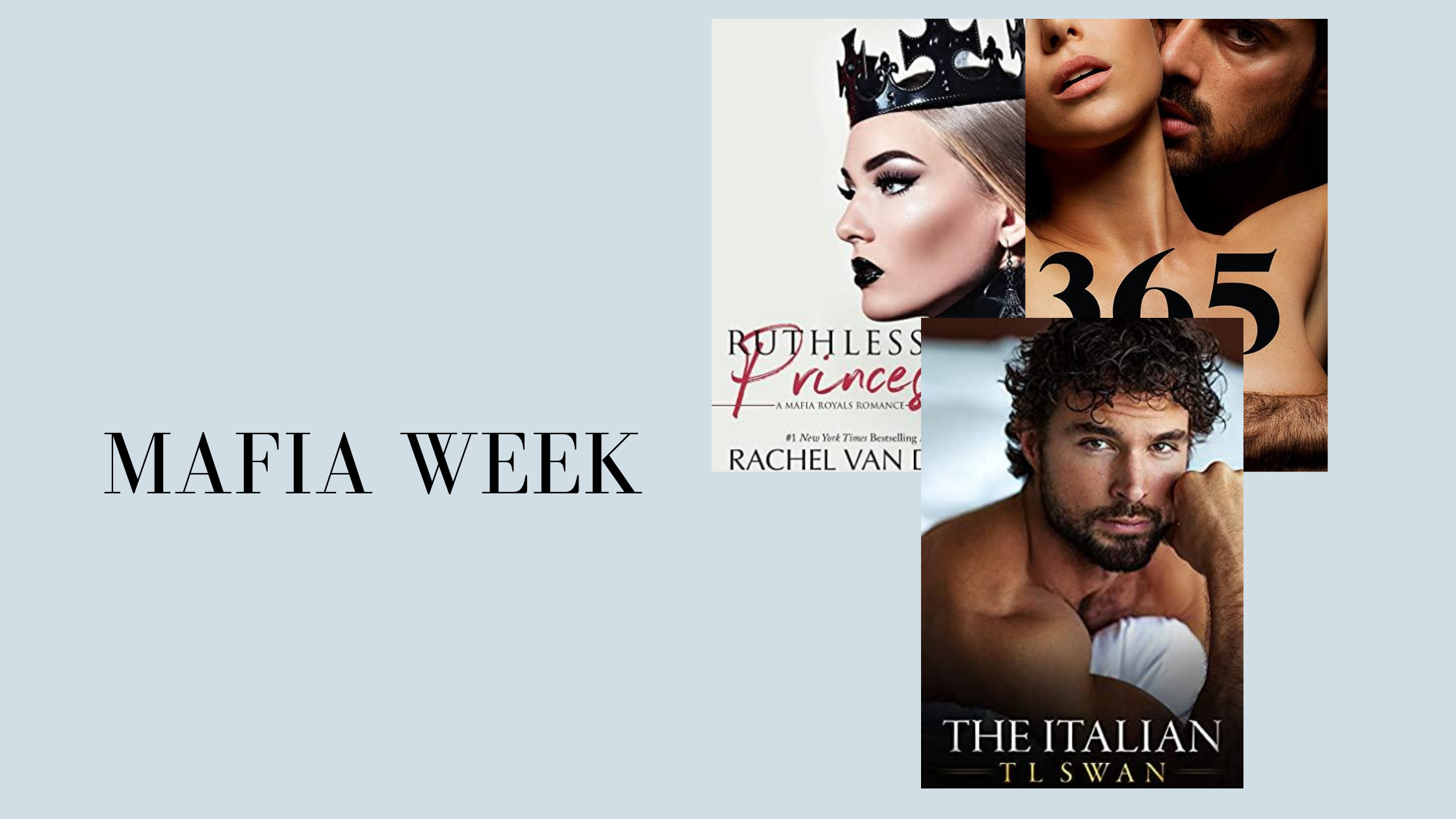 A few days ago I watched 365 DNI and I went live on my IG and ranted at length at how I thought it was trash and glorification of Stockholm Syndrome. Basically everyone who had watched it just told me to shut my hole and not spoil it for anyone else. ANYWAYS, my opinion remains that I would not mind a rich guy in the mafia or bratva kidnapping and taking me shopping. I mean, a girl has bills, I would not have to worry because all I have to do is have sex. Gosh, that movie was just so hilarious! I mean it depends on what you want from the movie, if you are there for a hot guy having very aggressive sex then you are in the right place, but if you are looking for an actual story and a good movie then you need to keep looking.

One thing did happen as a result of me watching this movie, I began to thirst for books with main characters in the Mafia or Bratva. I used to have an obsession with books like that around 2017 but it slowly died out but it has been rekindled and I decided to read mafia books for one week and see how it goes. Hence, this post! I chose 5 books and some were a hit and others a miss

Without Further Ado, let’s get it…

The Professional by Kresley Cole

Natalie is a grad student who is working multiple jobs to pay her tuition fees and living expenses while at the same time trying to find her biological father. She finds out that he is Russian but is yet to know more about him. Then she decides to go to a club with her friend who is always trying to hook her up with someone because Natalie is a virgin (Honestly I just don’t get why people seem to think that being a virgin cannot be a choice). Anyways at the club, she sees a guy who makes her want to take him to bed. He is looking dangerously at her across the club and she goes to meet him to probably seduce him but before anything could go down, he leaves
She goes back home hoping to quench her thirst (if you know what I mean), and while she is doing that fantasizing about the man at the club, she opens her eyes to see him standing at her bathroom door. She freaks out but honestly not as much as I would have, I mean this guy is watching her masturbate and he is also in her apartment.
Anyways he reveals that he is Aleksei, and he has been sent by her father who apparently is a mob boss, to bring her home to Russia.
The journey home to Russia is dangerous and most of the danger seems to be from the hot Siberian who would not stop eating her up with his eyes.
This book is 400 pages of intense chemistry, fucking, and the Bratva. I mean, sometimes I think back to the scene where she is wearing a mask at someone club and she is naked and he is hitting her with a flogger. Christ! Just read it…

The Italian by T. L. Swan

I have been reading a lot of T.L. Swan books and I have not seen any that I didn’t like. They are all so long and the characters so well developed and the plot well flushed out.
Here we follow Olivia who has just arrived in Italy for a 5 week holiday, she is hoping that this holiday that she has saved up for years for would bring the much-needed perspective to her life especially since she broke up with her long time boyfriend. This is where she comes across hot policeman Enrico who she ends up having a short-winded sexual relationship with. Shit goes down and she gets arrested for drug possession and she is thrown in Italian Prison. Thanks to Enrico links, he pulls a few strings and gets her release and the only condition was for her to go back to Australia immediately. She goes back enraged and that is how their short relationship comes to a halt.
While all these are happening, Enrico is dealing with the loss of his father and grandfather and the crushing realization of where the family’s wealth his from. Ferrara Companies might involve legitimate businesses but they are one of the most powerful mafia families that control the whole of Italy.
With the death of the leaders, the leadership falls on his *very hot, very broad, very sexy shoulders* he has to do everything to protect his mother, brothers, and sister. So of course the last thing on his mind is the sexy Australian he had unforgettable sex with (I mean the guy couldn’t even orgasm because she wasn’t there, TMI). But this book would not progress unless Enrico is a stalker who has been monitoring her. He calls his friend Georgio who is the CEO of Valentino and asks him to bring Olivia to work in Milan where he will pretend to meet her by accident.

Unfortunately for him, things don’t go as he plans because the first time he sees her in 2 years is with a Tinder asshole of date, and he losses his shit. I mean this book is almost 600 pages which are about the average page count of fantasy books but it didn’t even feel long. It was well-paced and the characters where interesting, the story progression is one of the best I have seen in a while.
Oh and the Sex!, what would a mafia book be without steamy sex, sex everywhere, lots of money, shopping, guns e.t.c.

I think by the time I got to reading this book I had reached my quota of mafia books I could handle in a week. So I am coming from a lot of mafia overload when I wrote this review.
I enjoyed the writing and how smooth it felt and I will be picking up more of Van Dyken’s books, However, this book just fell a bit off tangent for me. I loved the idea of the book and the direction of the mafia was different from what I have read in a bit but this one just wasn’t it.
Okay, so we have these group of students attending a university that is owned by the mafia. They have all the power and instead of them seeming powerful they just felt like attention-seeking bullies to me. Anyways their parents made they promise not to date or fall in love with each other which was basically to make sure that there is unity and they don’t get weakened by the matters of the heart (which honesty is understandable, especially with how movies nowadays want us to believe you can solve everything with a penis). But there is Junior Nicolasi and Serena who have been having sex since they were sixteen but now that the stakes are higher and they are now in university they have suddenly become worse enemies than imaginable.
(Honestly, I don’t know how to review this book) I mean one second they are almost killing each other (and I mean that literally) and the next they are having sex. Their back and forth was giving me a whiplash. Long and short of the story was their parents found out and Junior was almost killed but their loved stood strong and the 5 families allowed them to remain in love. Fuck that.

I just want more of Asher’s story, I feel Dyken did him dirty. I will not say more than so I don’t spoil this book further.

Okay since I read Ruthless Princess first, I was spoiled for Asher and Claire’s story which made me not invest a lot in their relationship. I will not spoil what happened just in case you have to read the next book. Here we follow Asher and Claire, Asher is one of the sons of the high ranking members in the five family mafia and he is the executioner, basically, he carries out the killings.
She falls for him on their first meeting and she does everything to get him to notice her. Luckily and unluckily for her, his interest is piqued and they begin some sort of relationship.
He introduced her to his dysfunctional family and she learns about the mafia and his role. But of course, she doesn’t leave because she loves him and she already knows too much.
By the way, if she leaves, he would have to kill her.
Like I said earlier I know what happens to them later on so, I am not invested in their relationship.

I was going to read Ruthless People by J.J. McAvoy BUT I can that I reached my quota of mafia books I was willing to read at once. However, you can add it to your reading list and let me know when you do read it. Have you read any of the books I read? What did you think?

7 thoughts on “I READ MAFIA ROMANCE FOR A WEEK”