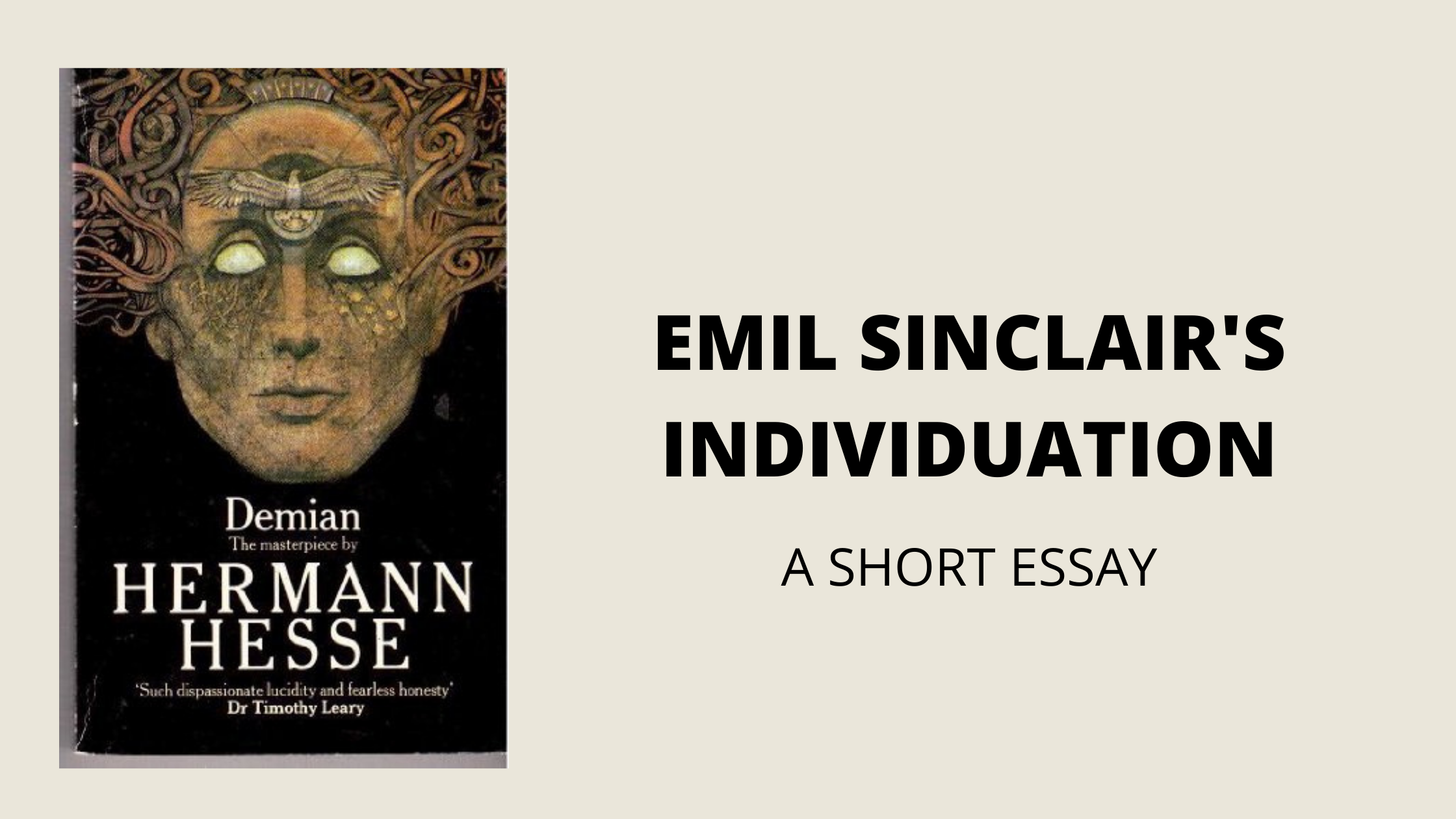 I have had it in mind to read this book since the BTS Wings album. But I kept putting it off. However, I have finally read it and I want to share my thoughts with you. Through this essay, I hope you would be compelled to read this book and get in on the discussion.

This post would be a long one. So you can read in little bits and let me know what you think! I begin this essay by laying out the question, Is human nature inherently evil or has evolution provided a cause to believe that man is a function of a balance of good and evil?’. To explore this question, I will use Herman Hesse’s 1919 book, Demain. Following Emil Sinclair through his individuation process will also provide supporting information on the importance of the creation of self. First, is human nature inherently evil? The battle to define the nature of man has been staged by philosophers like Thomas Hobbes who famously noted that man’s natural condition outside the authority of a political state is solitary, poor, nasty, brutish, and short. And Jean-Jacques Rosseau considered human nature to be neither good nor bad and he claimed that Hobbes was taking socialized people and simply imagining them living outside of the society in which they were raised. However, why can man’s nature not be both evil and good? Friedrich Nietzsche famously said that ‘one must still have chaos in oneself to be able to give birth to a dancing star’. The chaos in man stems from the indecision (subjective) above what is good and what is categorized as evil.

With this book, Hesse explores the question ‘what really is man?’. He begins with his definition of a man. A man is a creature formed from a pit; wherein other/numerous/countless men have been formed. However, while from the same pit, every man is for a different purpose, the purpose might converge or diverge across man’s existence, but man is inherently alone in his experience. Following Emil Sinclair on his journey to individuation from his light home to a man who is complete with his darkness, that enhances the light that guides him through his path. This book is heavily influenced by Jungian psychology which moved through the German intellectual circles during the time this book was written. Demian is full of Jungian archetypes and symbolism. Furthermore, the light in man is represented in Demian as Emil’s religious family who he sees as good and the darkness, the world outside his light home. Considering Carl Jung’s opinion of the self and religion, it is important to state that neither one replaces the other, just as observed in this book. Jung stated on the unconscious and God “This is certainly not to say that what we call the unconscious is identical with God or is set up in his place. It is simply the medium from which religious experience seems to flow. As to what the further cause of such experience may be, the answer to this lies beyond the range of human knowledge. Knowledge of God is a transcendental problem”. In addition, we also explore Emil’s awakening of his unconscious to achieve his destiny. This further illustrates Hermann’s reliability on Jungian’s philosophy, as Carl Jung describes man’s ultimate task “Man’s task is to become conscious of the contents that press upward from the unconscious. Neither should he persist in his unconsciousness nor remain identical with the unconscious elements of his being, thus evading his destiny, which is to create more and more consciousness. As far as we can discern, the sole purpose of human existence is to kindle a light in the darkness of mere being”

Therefore, the review of Demian would shed light on Emil’s process of kindling a light in the darkness of his being. His Individuation. In Jungian psychology, individuation is the process where the individual self develops out of an undifferentiated unconscious- seen as a developmental psychic process during which innate elements of personality, the components of the immature psyche, and the experiences of the person’s life become, if the process is more or less successful, integrated over time into a well-functioning whole. While I will not be going in-depth into Jungian psychology, it is important to note that Demian is a reflection of Hesse’s own exploration of Jungian philosophy and it would be advisable that you check out the roots of analytical psychology.

This book follows Emil Sinclair’s Individuation Process. While this book centers on Emil and how the people he came across in his life, shaped and helped construct his way of looking at the world, a world that truly lies within himself. This book offers the reader more than the story of a boy.

From here on I review subjectively and my translation of events and ideals proposed in this book might differ from someone else.

Individuation as a process is a concept from Jungian psychology. It should be no surprise that this book is full of Jungian archetypes and symbolism. There are so many questions that Hermann Hesse used the book, Demian, to ask. He asked the question of good, evil, and the unconsciousness. While mostly he believes that the answers to the questions of the universe reside inside man, as the man himself contains a universe within his heart. Furthermore, we see Emil question his diversion and his sexuality and this seems to just compile on the growing list of adolescent struggles.

I cannot begin to go into everything I have learned in this book. And the numerous discussions I want to have about various concepts of God, religion, good and evil.

“You must create a God for yourself who embraces the Devil in himself and before whom you don’t have to drop your eyes in shame when the most natural things in the world take place” – Can God be both good and evil? because why would an all-knowing and all-good God allow space for evil, if he himself has not accepted that for normalcy a balance of both is necessary.
I kept thinking of this as I read this book “can darkness live with light?” personally I think that darkness is necessary for light and vice versa. They compliment and make the other more important. For what need do we have for light without darkness?

“There is a great deal of difference between bearing the world within you and being conscious of that piece of knowledge”. It is easy to be unconscious of the importance of self but once that awakening is achieved, it becomes both a burden and an answer.

A particular part also stood out to me in the conversation between Pistorius and Emil, where Emil was telling Pistorius about his dream of flight “Men reject their innate ability to fly” while I believe they reject this because they do not want to be like the over-ambitious and stubborn Icarus. I do however consider that men who eventually fly are those who have learned to accept limitations associated with flying. Least of which is plummeting to their deaths. To live free is to accept the consequence of freedom.

While all the other parts of this book taught and touched me in a way, the chapter ‘Jacob and the Angel’ remains a favorite of mine. A major lesson I learned was that Self-destruction comes from within and it is a product of outward influence and expectation. Not essentially what others expect from you but what you expect from the world. If the world begins in your heart and you place destiny that is not yours on it, then you begin to destroy your world. ‘Man while formed from the same pit as numerous/countless/other men, have different destinies/purpose. Destinies might converge and diverge across man’s existence, but man is alone in his experience’. This really explains what happens at the end of the book with Demian visiting Emil and telling him that all the answers he need look for are within him.
Also in this chapter, there is Knauer who was suicidal because he felt that he was unable to maintain his purity or really what he considered to be pure. Personally, while I do believe that sexual encounters are soulful experiences and they need to remain that way, not necessarily stipulated to a change in marital status. What exactly is pure, how pure can a soulless object be?

Finally, man’s true purpose is to find the path to himself! I hope you and I achieve this destiny!

I have a podcast that you can check out if you are interested in more on this book. Also, other topics associated with religion, politics, women’s rights, culture, and more.

4 thoughts on “DEMIAN BY HERMAN HESSE”