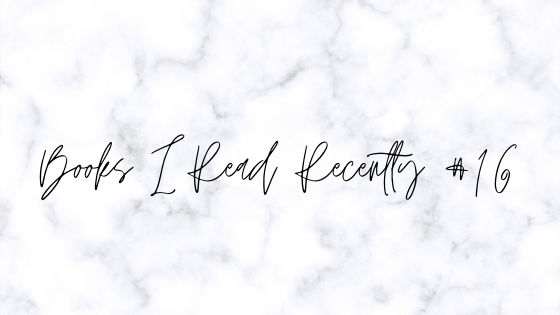 Welcome to another collective book review. A little self-promotion, I started a podcast and I hope you can check it out and also don’t forget to check out my book, a preview is available on my website. Without further ado, let’s get it…

I have read one other book by Penelope Douglas and I had very high expectations for this book, however, those expectations were not met. Don’t get me wrong I enjoyed this book, I was unable to fall asleep because I wanted to know what happened, it is like crack, it is not good but you can’t stop once you start (not that I would know). Anyways we follow Tate who has been the subject of Jared bullying for as long as she can remember even though her earliest memory of him was of them being friends.
Jared was the typical bully that is written about in any book, he has a sordid history and a frustrating present a few run-ins with the police, an abusive father and an absent mother. This seems to be the archetype of all bullies in romance books.
And of course, there is a reason for him to be a bully, he is in love with her but he doesn’t know how to simply ask her like a normal person, he does everything to make sure that no one else does ask her out.

As Kismet Would Have It by Sandhya Menon

This is just a nice addition to the series, I could have done without it but, I love it. Here we just get to understand a bit more about the relationship between Dimple and Rishi. Rishi, as we know, is very traditional and as you can expect he is already thinking of marriage and our girl Dimple isn’t having that because she believes that marriage just brings the government into their relationship which to some extent is true but if you love each other why should the thought of marriage be a bother.
Anyways she reflects upon herself and decides that she might want to marry him someday.
so YAY!!!!!!!!!!!

I know that with books like this, they fly by so quickly. But with this one, I was just not able to enjoy it as much. The title is so wrong, because the lady was no blackmailed, in my opinion, she had what was coming for her. Not that a hot Sheikh with a lot of money and power is such a bad thing.
Catelyn and her friends started a wedding planning business and as you can expect from a small start-up, things are very slow and they had little to no customers. She decided to create this whole fake marriage between her and Rami the Sheikh without his permission.
So seeing this, a lot of couples decided to sign up with their company and their business began to boom. Then we have Rami who has to get married in other to maintain his position on the throne, so he finding out that he has a hot wife he knew nothing about was just all he needed to solve his problem.
He invites her to join him or he can review that the whole thing she has going is a lie and destroy her business (which honestly it’s not blackmail but what do I know)
So to protect her business, she agrees and they get married but of course, Rami also has something to gain from the arrangement because he wants something from someone that Catelyn knows.
Believe me, this book is a whole ass mess but I can’t stop reading Leslie North’s books. They all just seem so recycled but they are like crack (not that I know anything about crack)

Before I start this review, I do have to say that this book was just all over the place. I gave it 2.9 out of 5 stars.
Sebastian is a hot computer head who is also a spy for the government, so one day when he receives a message from his best friend Anthony, who also happens to be the big brother of the girl that he is obsessed with, Alyssa, saying that his cover has been blown and to protect her. He leaves all he as to do and finds her.
Alyssa is currently on a date with an asshole (whose name I really can’t remember right now) and she is looking for anyone to save her from the horror date. Then in comes hot Sebastian who she has a massive crush on but since the night she heard him tell her brother that he would never touch her, she has taken her mind off him.
He saves her and after almost being shot, she decides it was safer to stay with Sebastian but soon they start the devil’s tango (If you know what I mean).
Anyways soon he finds out that he is in love with her.

Before I start this review, I feel I need to overshare, I worked at a morgue during one summer while in University and unfortunately, I didn’t meet any hot vampires who were pranked by their friends.
I enjoyed this book a lot and this might just stem from my love of Vampires and I believe they are making a comeback into adult fiction which also makes me sad to say that this book did not stand out in any way.
Ginny is a mortician who is now the new director of the funeral home after the death of her father, even though she is drowning in debt, she is unwilling to let go of something that father loved but she doesn’t know that everything is about to change. When a handsome guy who seems more to be sleeping that dead lands on her embalming table, and because of her supposed loneliness she wishes that he wasn’t dead. At least that came true when he sat up with his green eyes on her, she later finds out that he is a vampire and more than that, he is a prince of the underworld.

To keep her memories, she tells him that someone is threatening her (which wasn’t a lie) but she didn’t tell him all the details. He feeling this unrivaled need to protect her, sends in Roksana, a vampire slayer friend of his to protect her during the day. Roksana and Ginny become ‘friends’ as she learns more about the underworld and the role she has to play in it.

The one thing that I can say that is different about this vampire world dynamic is that when a person is changed to a vampire and their heart stops, the process is called Silencing. The newly silenced, their hearts would beat again when they met their mates. The only way for them to know that someone is their mate is when they drink from the person.

As someone who has read a lot of vampire books, I have to say that it is the only different thing that I have observed. I like the writing style and Tessa bailey is just a queen in that area.

This Time Tomorrow by Tessa Bailey

I enjoyed this book a bit more than the first one, BUT, this is a big one, the back and forth, drove me mad. I had to make sure that I was in the current timeline and not the past and it just annoyed me. I know this might just be me not wanting to work for it but I am trying to have a good time reading, not study for the boards.
ANYWAYS
We follow Roksana whose sassiness I loved from the first book. While in the first book we never get enough information about the heat between her and Elias. Here we find out why she has these conflicting feelings for him and how she became friends with the vampires she was supposed to kill.

(SOME SPOILERS FOR BOOK ONE)
After Jonas became the King of the vampires, overthrowing his father (i.e. his sire), the contract that the vampires had with the slayers had to be renewed so that the slayers don’t go about killing vampires at random. We find out that Roksana’s mother, who is like the queen or head of vampire slayers, has her agenda.

Years before, when Roksana was just a newly minted vampire slayer, she and her normal friends went to the states to have a fun night and they end up being killed by a vampire which she assumes is Elias. She and Elias shared a hot kiss and she wasn’t able to get it out of her head. however, that didn’t stop her from wanting him dead for the death of her friends, so when her mother sends her to the states to kill him. She takes the offer.
But as we all can expect she didn’t kill him (which we saw during the events of book one) and now she returns how to Moscow after maxing out his credit card. She is given a second chance to kill him and also get something that would end the vampires. She is beaten almost to death and when she wakes up she finds her self in a bathtub with Elias.

She finds out how he becomes a vampire and the role her mother has to play in that. As with all vampire books, she finds out that she is his mate and they do everything to stay together. Elias has to pick between her and the vampires and we all know what he picked.
Oh yes, the bang a lot and the dirty talk, shit that was so hot. Elias is a new favorite for me