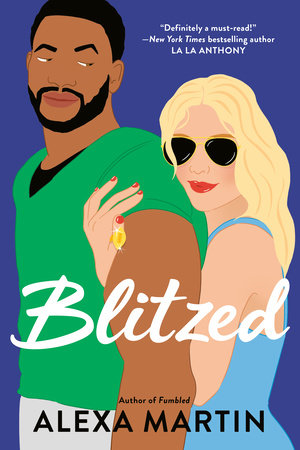 First book review of the year. This book is on my January TBR and I can’t even believe I finished it already.

According to Brynn Larson, Maxwell Lewis is more trouble than he’s worth. She doesn’t care if he’s a football god with a rock-hard body that brings most women to their knees. After an encounter that ends poorly, she’s not interested in giving him a second chance. The last thing Brynn expects is for him to turn up at her bar months later, hat in hand. It doesn’t matter if he brings more customers to her business–she’s still not going on a date with him.

Maxwell knows he made a mistake. He’d been waiting to make his move on Brynn since the day he laid eyes on her and he was finally ready to go for it until he screwed up. He wishes he could tell her the truth about what happened that night, but he just can’t. He can’t tell anyone, so he’ll make amends and hope she’ll forgive him.

Brynn’s not like other women, though. Playing for the Mustangs doesn’t impress her and gifts make her scoff. Max will have to bring his A game if he hopes to win her over

Alexa Martin has the stuff. This is the third book in the playbook series and I love it.
This is a 3 star read for me just because I felt the story needed a bit more time to progress and it is rare that things just happen to sort themselves out.
Take, for example, the issue with her Brynn’s mother, who visited her father when he had a heart attack. the hospital scene with the mother was just too much and almost too bland, I guess we were supposed to just take it as it was but I just felt it needed a bit more.
Brynn and Maxwell’s relationship is very sweet, this part of the book was just amazing, he is so thoughtful and just the kind of gentleman we are all looking for.
I was hoping that the issue with Maxwell’s brother will be developed a bit more but the story just rushed to the end and we got the happy ever after part.