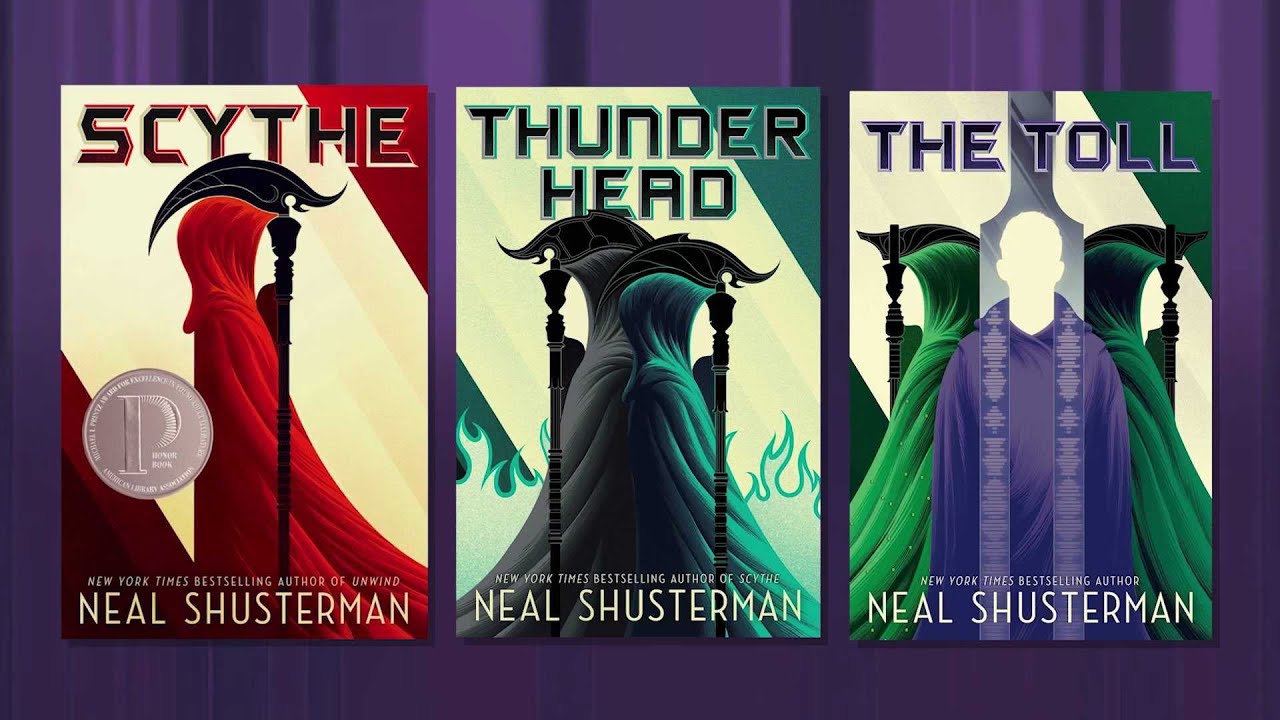 Hello and welcome to another book review!!!

Its been a while since I completed a book series or in this case, trilogy. This is one of the series I have on my TBR pile for the year and I am so happy that I finally read this series.

I will be briefly summarizing and rating each book in the series before collectively reviewing and rating the series as a whole. I will try my best not to spoil this series for you but I will give you basic information that you will probably find all over the bookish community. Without futher ado, let’s get into it.

This book is set in a distant future where death, sickness and all mortal illnesses have been conquered and people can live as long as forever. To maintain balance and to prevent over population, there are the Scythes, who are tasked with gleaning (basically, they kill people) based on a yearly quota. As you can expect, there are yearly training or rather apprenticeship for people who want to become scythes. Each senior scythe is tasked with training one scythe, until we meet scythe Faraday who ends up training two apprentice scythes, Citra Terranova and Rowan Damisch. As you can expect with YA books, there is some sort of mutual feeling growing between the two of them as then navigate through this world of gleaning and death.

There are a group of ‘new order’ scythes who take a little too much pleasure from gleaning and they hold mass killings, although this is frowned upon by a few scythes, however, scythes are above the law and can do as they please as long as they don’t break the scythe commandment.

Then we have the Thunderhead, which is some sort of all seeing eye that watches and maintain civility all around the world. Everyone can talk to the Thunderhead except the unsavory and the Scythes. The Thunderhead can not interfere with scythe matters and vice versa. There are so many side characters that gain more development as the series progresses.

This book picks up quickly after the events of the first book and it is without argument the best book in the trilogy. Here, we follow Rowan who has now appointed himself Scythe Lucifer dishing out gleanings to Scythes (who in my opinion needed to be gleaned). But his little jolly robinhood spin comes to a stop very quickly when he is captured (honestly this part of the story is just a sub plot even though he is one of the main characters)

I don’t really want to go too much into this second book because anything I say at this point will be a spoiler, although I have to point out that the ending of this book was spectacular and Neal found a way to make the two main characters remain together even if that had to be locked under the sea.

The major issue I have with this book, is also the reason I like it the best, the flood of new characters that we are introduced to. It felt like the main characters took a back seat, although Citra who is now under Scythe Curie after the rumored death of scythe Faraday, has gained a lot of popularity from a lot of new scythes because they respect her and her method of gleaning. We are also introduced to a character that sort of dominated the last book but I will get into that in the 3rd book

With Endura gone and scythe Curie, Citra and Rowan dead, the world didn’t stop but something happened that shook the whole of humanity. The Thunderhead marked everyone as unsavory except Greyson who in a marvelous way becomes the only link between the people and the Thunderhead. He becomes the Toll and Goddard becomes the Supreme High blade.

This is my least favourite book in this trilogy, it was too long and too dense, there were just too many lose ends that needed tying in this book. I felt like if this book was divided into two it would have been just perfect. Because in this book while we are still shook about how Citra and Rowan were recovered from the bottom of the sea we had to deal with the people on the island of Atoll then across the world we had to worry about asshole Goddard who was just making a mess of things. Then there is also the fact that there are a lot of side characters that I was honestly confused at one point.

Even with all the negatives I have with this book, I can’t complain with the way it was concluded, it was the perfect finish to this amazing trilogy.

This is a must read. I can’t even describe this book at dsytopia and neither can it be refered to as a utopia, there is just too much death and hardship going on in this series for me to label it an utopic existence. The ending was really toned down, am I just to believe that they lived forever and ever in the stars. Label me annoyed.

Thanks for reading. Have you read this series? what did you think?