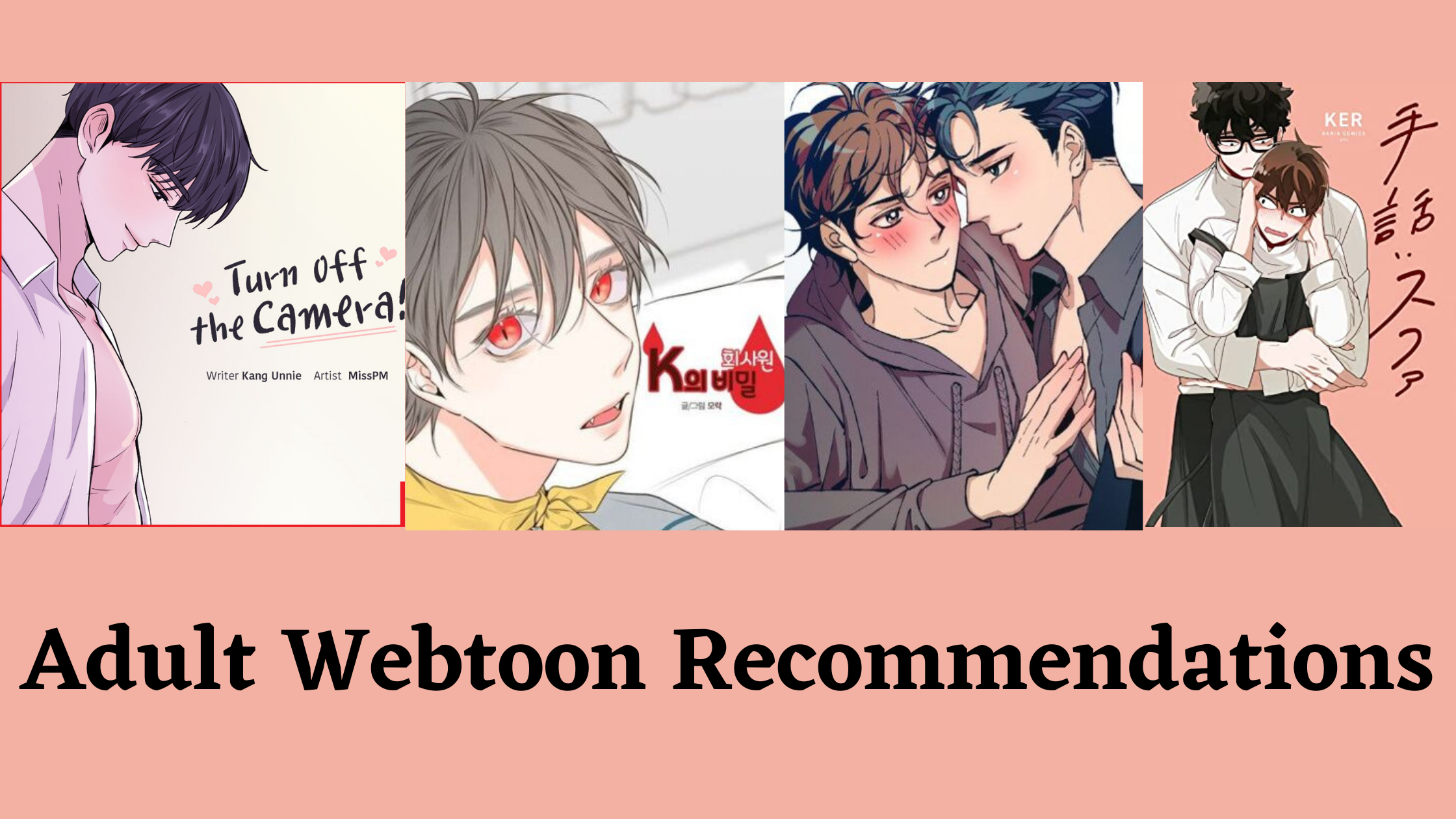 Hello and Welcome to another collection of the smuttiest webtoons you would ever read!

Since you guys loved the last ADULT WEBTOON RECOMMENDATION I thought I should give you more and this time around, I have mixed things up.  I will be recommending four and hopefully, if you like this then I would research and come back with more. There are so many websites that I have recently discovered. I will make a shortlist at the end of this post, please check it out! This has to be one of my favorite Yaoi webtoons that I have ever read. I am barely 20 chapters into it but I absolutely love it and cannot recommend it enough. Just as the title indicates, this book is about a man who is deaf and his new employee at his coffee shop. Go Yo is deaf and he happens to get sexually excited whenever Soo Hwa uses the sign language, while Soo Hwa gets excited whenever he hears Go Yo’s actual voice. Believe me, this webtoon is so ridiculously funny. Here we follow Doyoon who is half-vampire. He works at a company and in the first chapter we sort of see how he beings a relationship with his director. While at the same time, he is trying to keep his strength and not go weak with thirst. I really don’t want to spoil this webtoon, because certain things happened that I wasn’t really expecting and it made the story all the more interesting.

Turn Off the Camera by Kang Unnie Here we follow Jihoon, the leader of a failing Idol group BIGGEST. He is to join a reality tv program, where famous people go to the mountain and enjoy nature without technology. He joins the program as a result of a sex scandal that made one of the former cast members leave the program. He decides to join the program in hopes that he would be able to bring his group into the spotlight and revive it. This is when he meets up with the other two men in the program. He sees them have sex upon arrival on set and he is both shocked and conflicted but he is willing to protect them to prevent the show from being canceled.

Incidentally Living Together by Shin Yuri Junwon has been living alone since the death of his parents five years ago. He has taken to living all the time in his darkroom without going out to the world or even interacting with anyone. However he has and Hanbit who has helped him out a lot in the past. One day Hanbit visits Junwon with his friend Wooyeon. He tells Junwon that he would be traveling out to the country soon and that Wooyeon would be moving in with Junwon. Since Junwon has a crush on Hanbit, he is extremely devasted that the one connection he has in the world is leaving him. But when Wooyeon moves in with him, the get close to each other and they begin to have sex (a lot) with each other.  I do have to state trigger warnings for suicide, and death. Also the I am quite concerned about however they were using sex as a means to avoid their real problems.

This is all I have for now. Do let me know if you have read any of these webtoons.