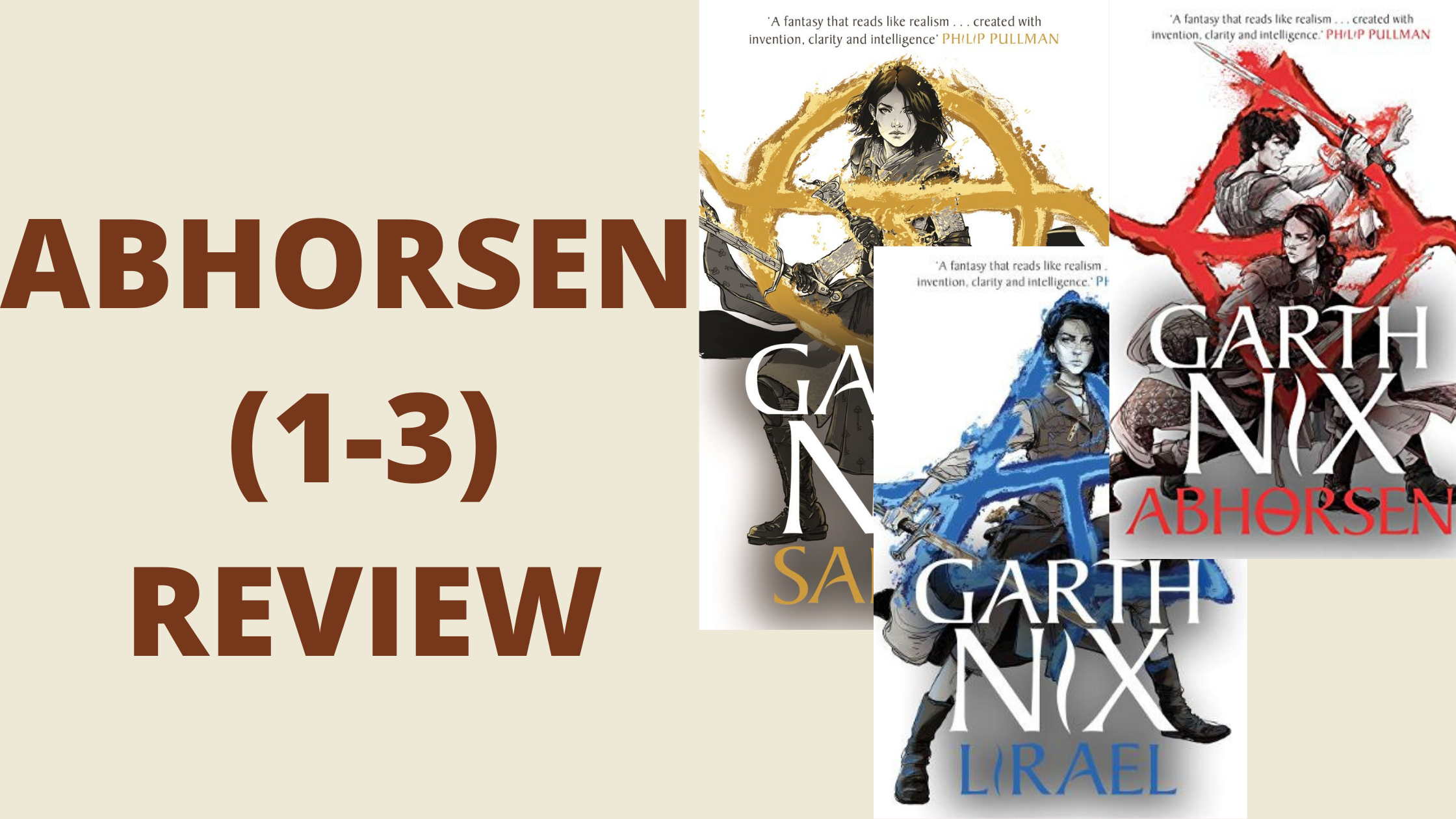 I have had a very difficult and busy last few months. I moved to a new city, started a new job, got my research study approved while trying to maintain COVID-19 protocols at work and in school. I cannot fully say that I would be back to posting regularly but I promise to post at least 3 to 4 times a month.

Have you read the Old Kingdom series? Sabriel was sent to a boarding school in Ancelstierre by her father when she was a young child. Therefore she had very little experience and knowledge of the Old Kingdom which is guarded by the wall. She knows her father is a necromancer and knows that the dead do not remain dead in the Old Kingdom. So when a message from her father arrives in shadow and smoke, she knows that something must have gone awry. She is given his bells and his sword. She decides that she would go to the Abhorsen house in the Old Kingdom and try to find her father even if he is held in the gates of Death.

There she meets a cat called Maggot, a being born of Free Magic and chained against its will. He reluctantly helps Sabriel as he has done Abhorsens before her.
They go on a journey together to save her father only to find that saving him is actually something they can not do and the only thing they could actually do was fight to keep a prince from raising himself from the dead.

Of course, this would not be complete without the touching relationship between Sabriel and Touchstone, who apparently is the bastard son of the long-dead Queen of a Kingdom in shambles.

I gave this book 4 out 5 stars This book takes place about 18 years after the events of Sabriel following Lirael. Lirael has grown up in the Clayr’s Glacier hoping every year that she would finally get the fight just like all the other girls are age has had since she was twelve. However every year she wakes up without the sight and she is driven to take her own life because she feels the outsider. She doesn’t look like the other Clayr’s and she does not have the sight, she feels powerless and unseen.
She decides to work in the library hoping that she would find something that would either help with her problem or remove her from the situation entirely. During this self-sort isolation, she summons a dog-sending, the Disreputable Dog who becomes a friend, a teacher and sometimes the push Lirael need to get out of her shell and do something.
At some point, she got past wanting to have the sight and sought something far greater which was to find who she really was. With darkness growing across the Old Kingdom she finds that she has to go on a journey to stop the evil from spreading. This is when she meets Prince Sameth, son of King Touchstone and Queen Sabriel, the Abhorsen.

Sam has always been afraid of death, more now after the encounter that left him and a number of his schoolmates in the hospital. His friend Nick is injured and something more seems to be brewing from Nick. He has to go on a journey to save his friend either has the Absorhen-in-waiting or at the Prince of the Kingdom. Continuing with Sam and Lirael on a journey to save Sam’s friend, Nick. She finds out that she is the sister of Sabriel mother of Sameth and wife of King Touchstone. She is now the Abhorsen in waiting and former issues of not having the sight as other Clayr’s do is all in the past. She seems to have quickly accepted her role and is going to do everything in her power to ensure that the storm that is coming through the Old Kingdom does not destroy everything on its part.

Lirael and Sam with the aid of Mogget and the Disreputable Dog they find out that Nick is being used as a host for darker magic. Nick is unconsciously being held hostage by the necromancer Hedge and the Greater Dead Chlorr as they continue to dig up along the hemisphere. Orannis, the Destroyer who was buried is no longer imprisoned and he is trying to bring the two hemispheres together in order to unleash is his powers.

With no world from Sabriel and Touchstone who are on the other side of the wall, Lirael and Sam have to do almost everything themselves. Fight off the dead while ensuring that greater evil is not unleashed. They send word to Sam’s sister and they are joined by friends in the battle. They lose some and others lose limbs. Lirael knows that the only way to vanquish this evil is to lose herself in it.
Really enjoyed it but not really as much as I did the first two book. I cannot wait to see where we go in the next book.