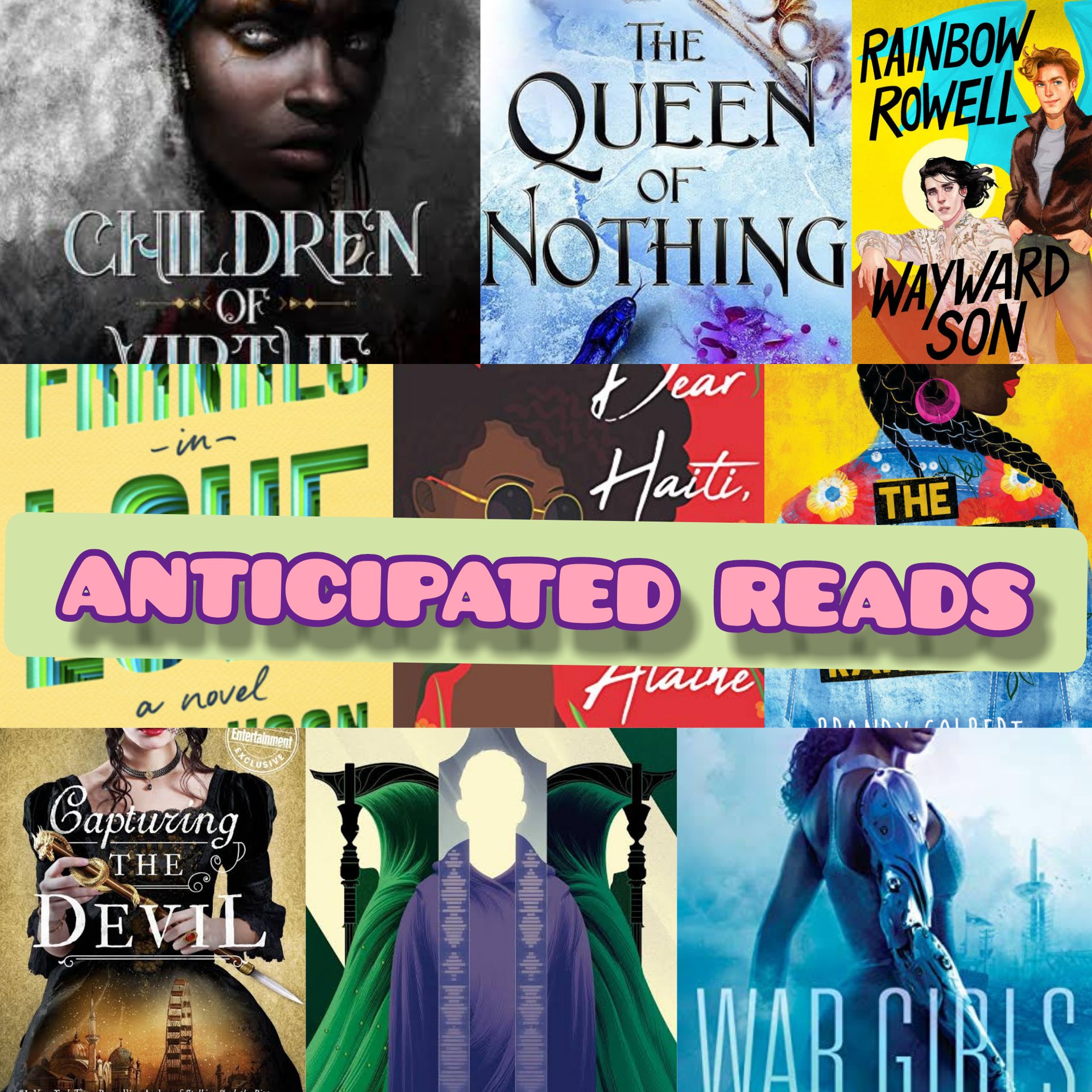 I am specifically anticipating the sequels, those are high on my list. The only order I am using, is the publication order. Their covers are just so stunning and they would look amazing on my bookshelf. I am really awaiting the black representation in some of these books.

I am Nigerian and to see books set around my culture just makes me so happy.

The Revolution of Birdie Randolph

Dove “Birdie” Randolph works hard to be the perfect daughter and follow the path her parents have laid out for her: She quit playing her beloved soccer, she keeps her nose buried in textbooks, and she’s on track to finish high school at the top of her class. But then Birdie falls hard for Booker, a sweet boy with a troubled past…whom she knows her parents will never approve of.

When her estranged aunt Carlene returns to Chicago and moves into the family’s apartment above their hair salon, Birdie notices the tension building at home. Carlene is sweet, friendly, and open-minded–she’s also spent decades in and out of treatment facilities for addiction. As Birdie becomes closer to both Booker and Carlene, she yearns to spread her wings. But when long-buried secrets rise to the surface, everything she’s known to be true is turned upside down.

There are so many black representation books recently and ot still isn’t enough but I am sure this would be a great addition. 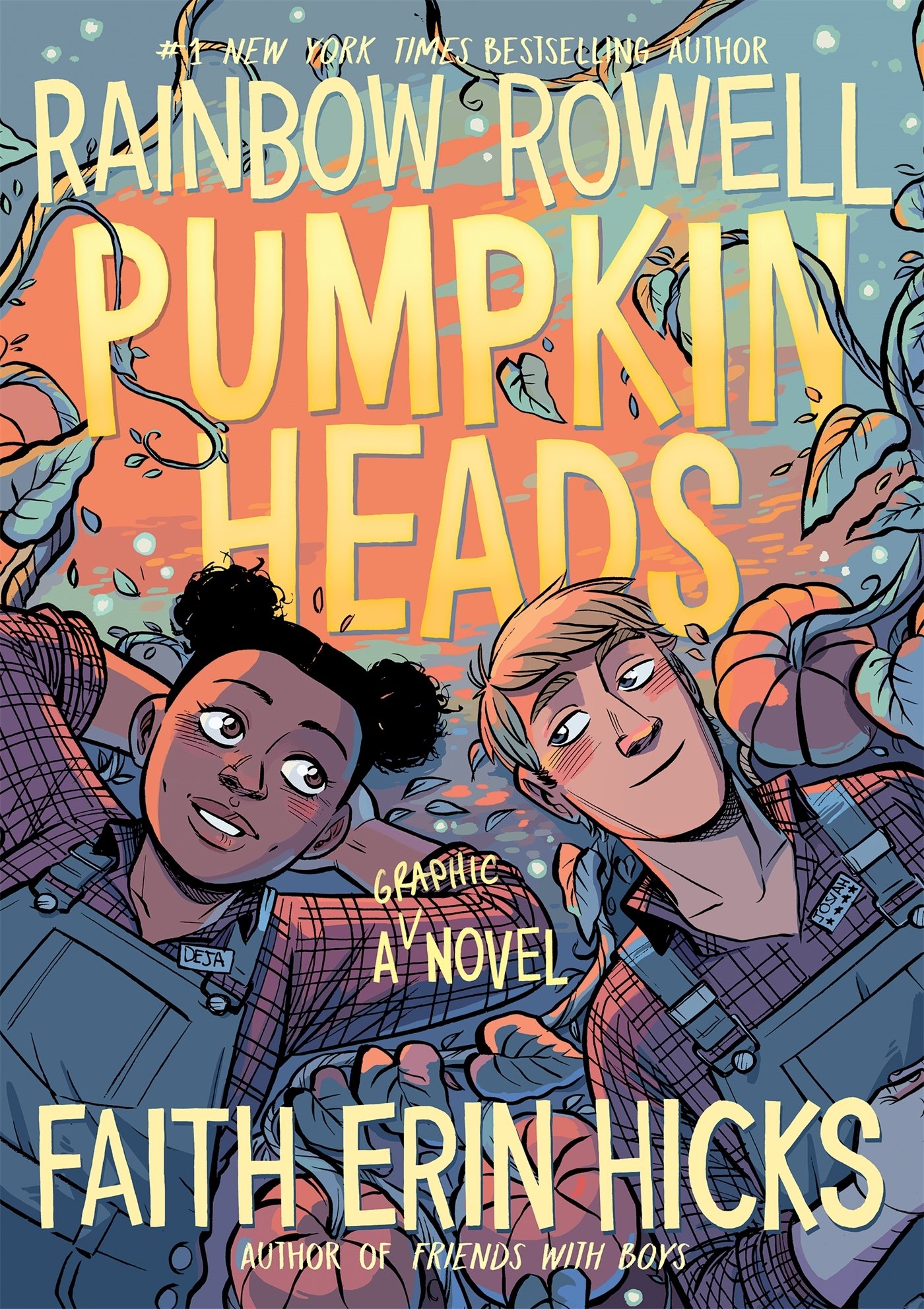 But this Halloween is different—Josiah and Deja are finally seniors, and this is their last season at the pumpkin patch. Their last shift together. Their last good-bye.

Josiah’s ready to spend the whole night feeling melancholy about it. Deja isn’t ready to let him. She’s got a plan: What if—instead of moping and the usual slinging lima beans down at the Succotash Hut—they went out with a bang? They could see all the sights! Taste all the snacks! And Josiah could finally talk to that cute girl he’s been mooning over for three years . . .

What if their last shift was an adventure?

When a school presentation goes very wrong, Alaine Beauparlant finds herself suspended, shipped off to Haiti and writing the report of a lifetime…

You might ask the obvious question: What do I, a seventeen-year-old Haitian American from Miami with way too little life experience, have to say about anything?

Thanks to “the incident” (don’t ask), I’m spending the next two months doing what my school is calling a “spring volunteer immersion project.” It’s definitely no vacation. I’m toiling away under the ever-watchful eyes of Tati Estelle at her new nonprofit. And my lean-in queen of a mother is even here to make sure I do things right. Or she might just be lying low to dodge the media sharks after a much more public incident of her own…and to hide a rather devastating secret.

All things considered, there are some pretty nice perks…like flirting with Tati’s distractingly cute intern, getting actual face time with my mom and experiencing Haiti for the first time. I’m even exploring my family’s history—which happens to be loaded with betrayals, superstitions and possibly even a family curse.

You know, typical drama. But it’s nothing I can’t handle.

Audrey Rose Wadsworth and Thomas Cresswell have landed in America, a bold, brash land unlike the genteel streets of London they knew. But like London, the city of Chicago hides its dark secrets well. When the two attend the spectacular World’s Fair, they find the once-in-a-lifetime event tainted with reports of missing people and unsolved murders.

Determined to help, Audrey Rose and Thomas begin their investigations, only to find themselves facing a serial killer unlike any they’ve heard of before. Identifying him is one thing, but capturing him—and getting dangerously lost in the infamous Murder Hotel he constructed as a terrifying torture device—is another.

Will Audrey Rose and Thomas see their last mystery to the end—together and in love—or will their fortunes finally run out when their most depraved adversary makes one final, devastating kill?

High school senior Frank Li is a Limbo–his term for Korean-American kids who find themselves caught between their parents’ traditional expectations and their own Southern California upbringing. His parents have one rule when it comes to romance–“Date Korean”–which proves complicated when Frank falls for Brit Means, who is smart, beautiful–and white. Fellow Limbo Joy Song is in a similar predicament, and so they make a pact: they’ll pretend to date each other in order to gain their freedom. Frank thinks it’s the perfect plan, but in the end, Frank and Joy’s fake-dating maneuver leaves him wondering if he ever really understood love–or himself–at all.

Simon Snow did everything he was supposed to do. He beat the villain. He won the war. He even fell in love. Now comes the good part, right? Now comes the happily ever after…

So why can’t Simon Snow get off the couch?

What he needs, according to his best friend, is a change of scenery. He just needs to see himself in a new light…

That’s how Simon and Penny and Baz end up in a vintage convertible, tearing across the American West.

They find trouble, of course. (Dragons, vampires, skunk-headed things with shotguns.) And they get lost. They get so lost, they start to wonder whether they ever knew where they were headed in the first place…

Come on, Simon Snow. Your hero’s journey might be over – but your life has just begun.

This stunning cover though

The year is 2172. Climate change and nuclear disasters have rendered much of earth unlivable. Only the lucky ones have escaped to space colonies in the sky.

In a war-torn Nigeria, battles are fought using flying, deadly mechs and soldiers are outfitted with bionic limbs and artificial organs meant to protect them from the harsh, radiation-heavy climate. Across the nation, as the years-long civil war wages on, survival becomes the only way of life.

Two sisters, Onyii and Ify, dream of more. Their lives have been marked by violence and political unrest. Still, they dream of peace, of hope, of a future together.

And they’re willing to fight an entire war to get there.

It’s been three years since Rowan and Citra disappeared; since Scythe Goddard came into power; since the Thunderhead closed itself off to everyone but Grayson Tolliver.

The Queen of Nothing (Folk of the Air #3)

After being pronounced Queen of Faerie and then abruptly exiled by the Wicked King Cardan, Jude finds herself unmoored, the queen of nothing. She spends her time with Vivi and Oak, watches her fair share of reality television, and does the odd job or two, including trying to convince a cannibalistic faerie from hunting her own in the mortal world.

When her twin sister Taryn shows up asking of a favor, Jude jumps at the chance to return to the Faerie world, even if it means facing Cardan, who she loves despite his betrayal.

When a dark curse is unveiled, Jude must become the first mortal Queen of Faerie and uncover how to break the curse, or risk upsetting the balance of the whole Faerie world.

Children of Virtue and Vengeance (Legacy of Orisha #2)

After battling the impossible, Zélie and Amari have finally succeeded in bringing magic back to the land of Orïsha. But the ritual was more powerful than they could’ve imagined, reigniting the powers of not only the maji, but of nobles with magic ancestry, too.

Now, Zélie struggles to unite the maji in an Orïsha where the enemy is just as powerful as they are. But when the monarchy and military unite to keep control of Orïsha, Zélie must fight to secure Amari’s right to the throne and protect the new maji from the monarchy’s wrath.

With civil war looming on the horizon, Zélie finds herself at a breaking point: she must discover a way to bring the kingdom together or watch as Orïsha tears itself apart.

Are you anticipating any of them? Which one?